Despite overwhelming public generosity in response to South Australia's deadly bushfires, scammers are seeking to exploit the unfolding tragedy. 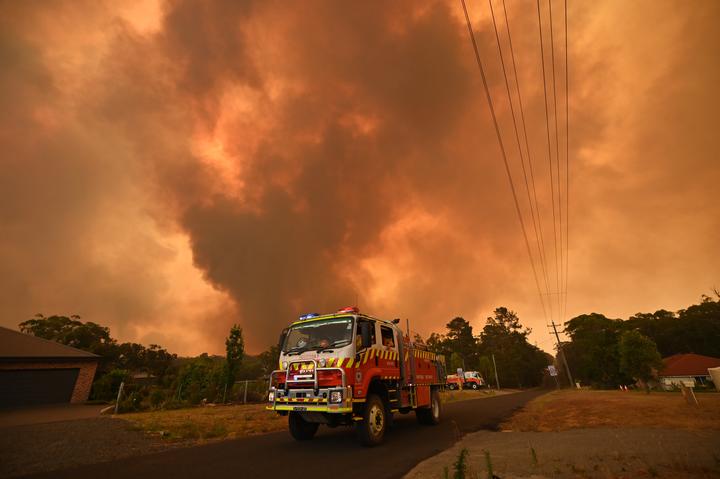 The fraudulent callers have asked for the victims' bank details, and also targeted members of the public outside the bushfire regions.

It follows anecdotal reports of looting in bushfire zones, and police have urged anyone contacted by scammers to notify them.

"There have been people in the Adelaide Hills targeted by scams," said Senior Constable Mick Abbott.

"With the fires widely reported in the media, sadly there are people out there - not necessarily from South Australia or even Australia - randomly ringing people in the fire zone area.

"If you do get a call supposedly from your bank regarding disaster relief funds and wanting your bank details, don't give your details over the phone, give us a call and call Scamwatch.

"They can sound quite sincere. You're very vulnerable and you're probably not thinking straight, you're thinking someone's just out there to help you - it'd be your worst nightmare."

The Country Fire Service (CFS) warned the danger from the devastating Cudlee Creek fire in the Adelaide Hills had not yet passed, and that flare-ups were continuing.

The fire was at "watch and act" level, and a spot fire that broke out yesterday destroyed a house and came close to another.

More than 80 houses have so far been destroyed by the blazes.

Yesterday, the State Government announced it had activated the State Emergency Relief Fund to coordinate monetary donations from the public.

"There are still fires which are under way in South Australia. They're not controlled. But we are also turning our mind to the disaster recovery," Premier Steven Marshall said.

"As people would be aware, the disaster relief centres have been established at the moment. We have two operational in South Australia, the emergency payments are under way."

Relief centres have been inundated with donations of goods from the public. 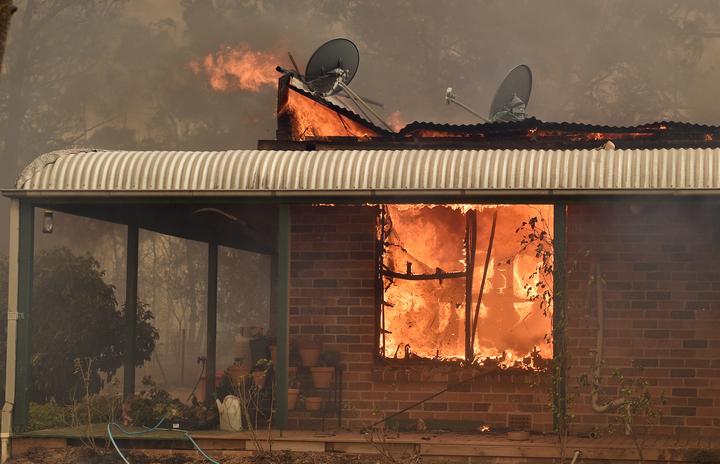 A property burning in Balmoral, NSW, a few days ago. Most of the town has been destroyed. Photo: AFP

"We've never seen anything like this ... a non-stop parade of folks donating all manner of things for an hour-and-a-half," Blackwood CFS said on Facebook.

"If anyone doubts our community spirit - show them this. This community is amazing."

A community event in Nairne this morning was set to provide families who had lost everything with bare necessities donated by the public.

"We even had - a man, he called me yesterday and said he has a caravan he wants to give to somebody if that person wants to raise their hand."

"While $500 is not enough to bring back a home, we hope it can make Christmas a little bit more merry," the retailer said.

The Cudlee Creek fire has claimed the life of Charleston man Ron Selth, 69, while others - including local racing identity John Glatz, who suffered burns to 60 percent of his body - were severely injured.

"Our thoughts and our prayers are with our much loved committee member, John Glatz and his family," Oakbank Racing Club chairperson Arabella Branson said in a statement yesterday.

"John's health is a private family matter ... we are in contact with John's family, however, we are conscious of the need for their privacy at this stressful time."

SA Health yesterday issued a public health warning about the impact of smoke on surrounding areas, including Adelaide's CBD.

But it has also highlighted the mental health impact of the bushfires, saying it was normal for people to experience psychological distress.

"We know the people who stay connected and are with their supports - family and friends - will do better and if somebody does appear to be withdrawing, reaching out to talk to them is important," he said.

Some Adelaide Hills residents could be without power for Christmas day, with SA Power Networks saying it could not guarantee every household would have electricity restored by tomorrow.

Spokesman Paul Roberts said crews had to cut short restorative work within the Adelaide Hills yesterday and evacuate amid flare-ups from the fire.

"For the people to have power in Cudlee Creek by Christmas will depend on what the fire does today and what access we have," he said.

"I'd say there'll probably be some that won't, but we'll be in direct contact with customers as we move through the area and make repairs."

About 170 firefighters remain on the fireground and crews are bracing for more hot weather, with a top of 42 degrees Celsius forecast for Adelaide on Sunday.

"It is an absolute miracle that there haven't been more lives lost with this tragedy," the Premier said.

"We're very concerned for the longer range forecast which is showing we are heading towards more difficult days at the end of this year."