French President Emmanuel Macron has appealed to transport unions to suspend strikes that threaten travel chaos over the Christmas holidays. 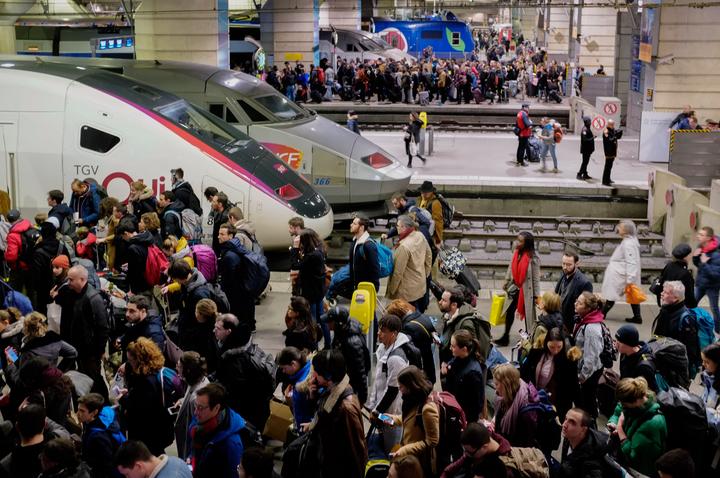 On a trip to Ivory Coast, Mr Macron suggested the strikers should "observe a truce out of respect for families and family life".

Half the usual number of high-speed TGV trains operated on Saturday, the company said, and half the metro lines in Paris were closed.

Many French citizens heading off to spend the holidays with family and friends have found themselves stranded because of cancelled trains and gridlocked roads. Hundreds of flights have also been cancelled.

"Strike action is justifiable and protected by the constitution, but I believe there are moments in the life of a nation when it is also good to call a truce to respect families and the lives of families," he said.

But workers say the reforms would see them retiring later or facing reduced payouts.

Macron's system would reward employees for each day worked, awarding points that would later be transferred into future pension benefits.

The official retirement age has been raised in the past decade from 60 to 62, but remains one of the lowest among wealthy nations. In the UK, for example, the retirement age for state pensions is 66 and is due to rise to at least 67.

The French reforms would remove the most advantageous pensions for a number of jobs, and unions fear the new system will mean some workers having to work longer for a lower pension.