France is preparing for severe disruption as millions of workers go on strike in protest at being forced to retire later or face reduced pensions. 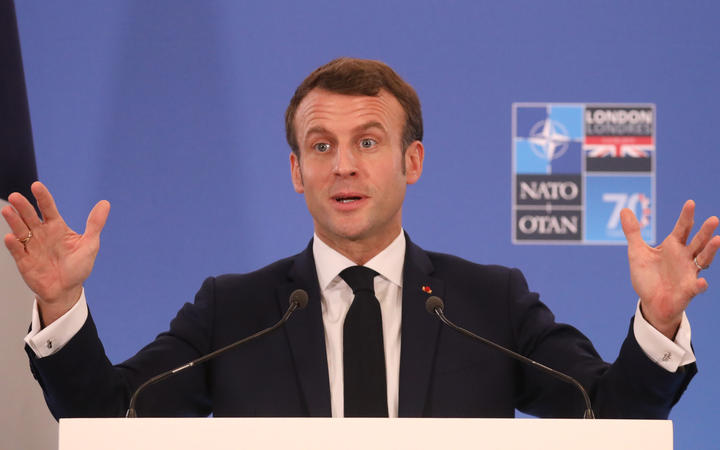 School and transport workers will join police, lawyers and hospital and airport staff in a general walkout.

Authorities have been trying to put in place plans to mediate the disruption.

The industrial action is expected to last beyond Thursday and some trade union leaders have warned they will continue their industrial action until Mr Macron abandons his campaign promise to overhaul the retirement system.

One opinion poll put public support for the strikes at 69 percent, with backing strongest among 18-34 year-olds.

The Macron administration will hope to avoid a repeat of the country's general strike over pension reforms in 1995, which crippled the transport system for three weeks and drew massive popular support, forcing a government reversal.

Interior Minister Christophe Castaner said on the eve of the strike he expected almost 250 demonstrations nationwide, some of which he said could turn violent.

"We know there will be lots of people in these protests and we know the risks. I have requested that systematically when there is rioting or violence we make arrests immediately," he said.

A number of yellow-vest protesters known as "gilets jaunes" said they plan to join the demonstrations.

What will be hit by the strike?

While many will not turn up for work, those who plan to do so will face a difficult commute.

Unions representing employees in the transport sector, such as bus operators and train staff, have all agreed to strike from Thursday.

Only 10 percent of intercity and high-speed TGV trains will run throughout the day on Thursday, according to France's SNCF rail operator. Some regional services will not even run at all. International services such as Eurostar and Thalys will be affected, and Eurostar has announced a reduced timetable until 10 December.

In Paris, metro rail operator RATP warned commuters to expect serious disruption throughout the day, with a limited service being provided during peak times.

Of the city's 16 metro lines, just five will be running.

During a metro strike against planned pension reforms in September, people used bikes and scooter networks to get around the capital.

Suburban and regional services in the Paris area will be heavily affected.

Air-traffic controllers are also walking out. Thirty per cent of domestic Air France flights will be cancelled, while EasyJet has cancelled more than 200 flights.

Who else is walking out?

Nurses and hospital staff, lawyers and police officers, refuse collectors, energy staff and postal workers are among others participating in industrial action.

The health minister said it was not yet clear how badly hospitals would be affected, but preparations had been made to deal with the strike.

Parents with children of primary school age will also be affected.

France's largest primary school teachers' union said it expected as many as four out of 10 schools to shut across the country. About 70% of primary teachers are expected to take industrial action.

The union representing secondary or high schools expects 60 percent of teachers to go on strike but schools are due to stay open.

Farmers, whose pensions are among the lowest in the country, have said they will not join Thursday's strikes.

France currently has a system of dozens of different schemes and Mr Macron wants to create a unified system.

The French president's new plan aims to reward employees for each day worked, earning points that would later be transferred into future pension benefits.

The official retirement age has been raised in the last decade from 60 to 62, but remains one of the lowest among the OECD group of rich nations - in the UK, for example, the retirement age is 65.

The move to a universal points-based pension system would remove the most advantageous pensions for a number of jobs ranging from sailors to lawyers and even opera workers.

The age at which citizens can start drawing a pension varies across the European Union (EU).

The cost of France's current system, in terms of public spending as a percentage of GDP, is among the highest in the world - at 14 percent.

Mr Macron, aware of France's ageing population, has said his universal pension plan would be fairer than the current system.

But metro workers, for example, say it would force them to work longer by taking away their right to retire early, negotiated decades ago to compensate for having to work long hours underground.

A recent poll concluded that 75 percent of people thought that pension reforms were necessary, but that only a third believed the government could deliver them.