US President Donald Trump has called Justin Trudeau "two-faced" over a video in which the Canadian leader appears to mock him at a meeting of Nato leaders. 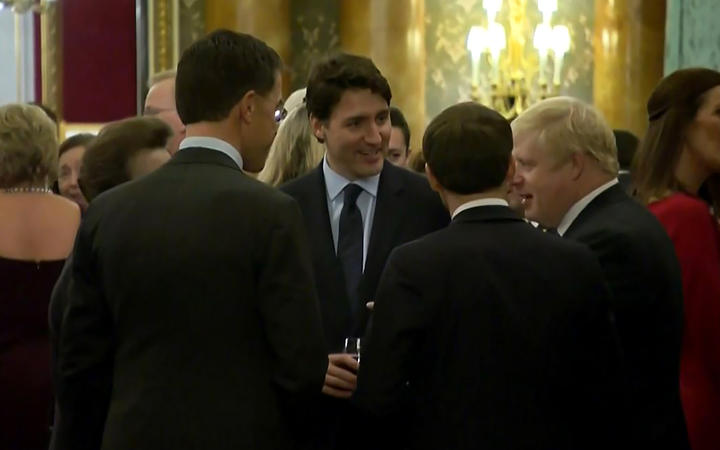 .@JustinTrudeau, @EmmanuelMacron, @BorisJohnson and other VIPs shared a few words at a Buckingham Palace reception Tuesday. No one mentions @realDonaldTrump by name, but they seem to be discussing his lengthy impromptu press conferences from earlier in the day. (Video: Host Pool) pic.twitter.com/dVgj48rpOP

Mr Trump cancelled a press conference planned for after the summit.

At the start of the footage, Mr Johnson asked Mr Macron: "Is that why you were late?"

Mr Trudeau then interjects: "He was late because he takes a 40-minute press conference off the top."

Mr Macron then appears to tell an anecdote, but his words are drowned out by background noise. An amused Mr Trudeau then replies: "Oh yeah, yeah, he announced... [inaudible]. You just watched his team's jaw drop to the floor."

None of them appeared to realise they were being recorded. 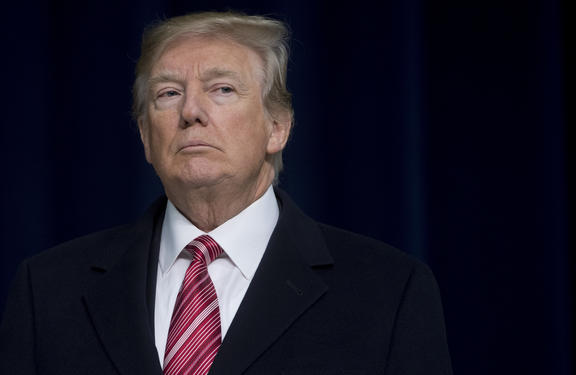 In response, Mr Trump said of Mr Trudeau: "He's two-faced... I find him to be a nice guy, but the truth is I called him out on the fact that he's not paying 2 percent [of national GDP towards defence] and I guess he's not very happy about it.

Asked about the video, Mr Johnson told reporters: "It's complete nonsense. I don't know where that's come from."

Mr Trudeau later told reporters that they hadn't been laughing about Mr Trump's press conference, but about the location of the next G7 summit - Camp David, the US presidential country retreat.

"I have a very good relationship with Trump," he said.

What did the leaders' joint statement say?

In the statement, Nato leaders said: "To stay secure we must look to the future together."

It then acknowledged the "challenges" posed by China and Russia, and pledged to take "stronger action" against terrorism.

Although the 29-member bloc's future is not in doubt, there are disagreements over Turkey's recent military action in northern Syria; the levels of military spending by members; and recent comments by Mr Macron that the alliance is "brain dead".

Despite the divisions, Mr Johnson - the host of the event - described Nato as a "giant shield of solidarity" that "protects nearly a billion people", saying at the start of the meeting at a luxury resort in Watford: "As long as we stand together, no-one can hope to defeat us." 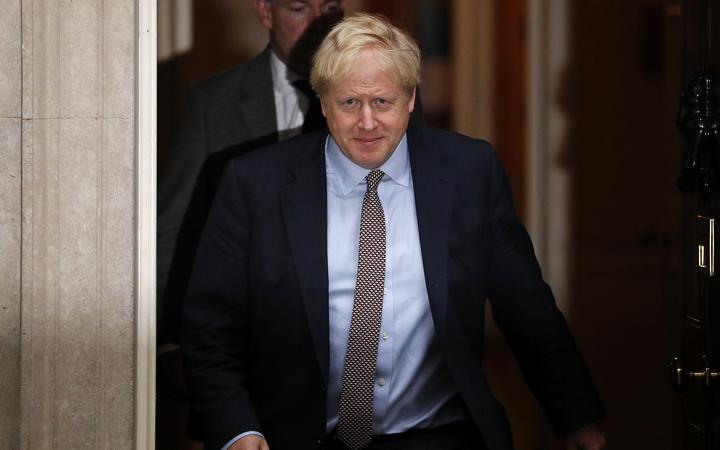 Nato Secretary General Jens Stoltenberg cited increased spending commitments on defence by European allies and Canada, saying: "Nato is the most successful alliance in history because we've changed as the world has changed."

On Tuesday, he said those nations had added $US130b ($NZ199b) to defence budgets since 2016, and that this number would increase to $US400b by 2024. Mr Trump has frequently and forcefully criticised how much other allies spend on defence.

How sharp were the exchanges?

The first day of the special anniversary summit saw tensions bubble to the surface, with Mr Trump and Mr Macron sparring over Nato's role, Turkey, and Islamic State group (IS) fighters during a news conference.

Relations between the two leaders were already strained amid a dispute over taxes and trade, and comments from the French president last month that the US commitment to the alliance was fading.

Mr Trump, who once called Nato "obsolete", had earlier hit back by saying Mr Macron had been "very disrespectful" by describing Nato as "brain dead", calling them "nasty" comments. Mr Macron said he stood by his remarks.

President Trump and Mr Johnson held unscheduled bilateral talks and, ahead of Wednesday's talks, Mr Trump tweeted they both had "talked about numerous subjects including Nato and trade".

What's the background to the tensions?

Nato, the North Atlantic Treaty Organisation, started out in 1949 with just 12 countries as members but having now expanded to a bloc of 29, it is increasingly difficult for the alliance to project a united front.

Nato estimates for 2019 show there are now eight countries - in addition to the US - meeting the target agreed by all members to spend 2 percent or more of their gross domestic product (GDP, a measure of economic output) on defence.

Before departing for London, Turkish President Recep Tayyip Erdogan also said he would oppose a Nato defence plan for the Baltic region and Poland if the bloc did not support Turkey over its fight against Kurdish groups in Syria it considers terrorists.

Mr Stoltenberg later told reporters that the alliance had been able to resolve the disagreement with Turkey, allowing Nato's plans to go ahead.