A manger scene by British artist Banksy has appeared at a hotel in Bethlehem in the West Bank. 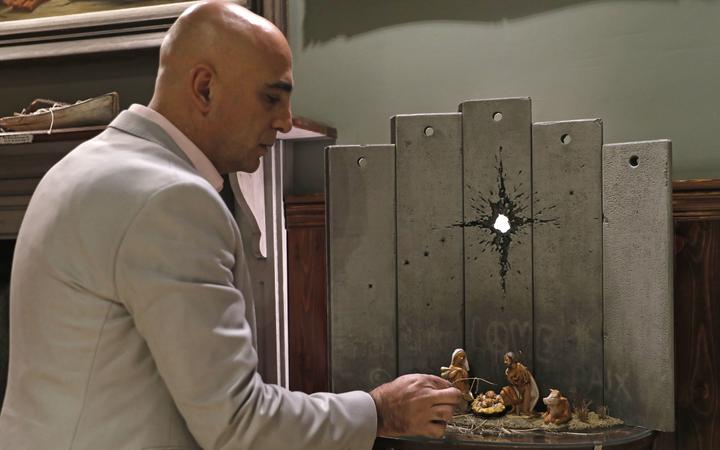 Hotel manager Wissam Salsaa says Banksy is using the Christmas story to show how Palestinians in the West Bank are living. Photo: AFP

Dubbed the Scar of Bethlehem, the work shows Jesus's manger by Israel's separation barrier, which appears to have been pierced by a blast, creating the shape of a star.

On Instagram, the artist said the work was a "modified Nativity".

Israel says the barrier is needed to prevent terror attacks. Palestinians say it is a device to grab land.

The International Court of Justice has called it illegal.

Banksy's work is in Bethlehem's Walled Off Hotel, which is itself a collaboration between the hotel's owners and the artist. 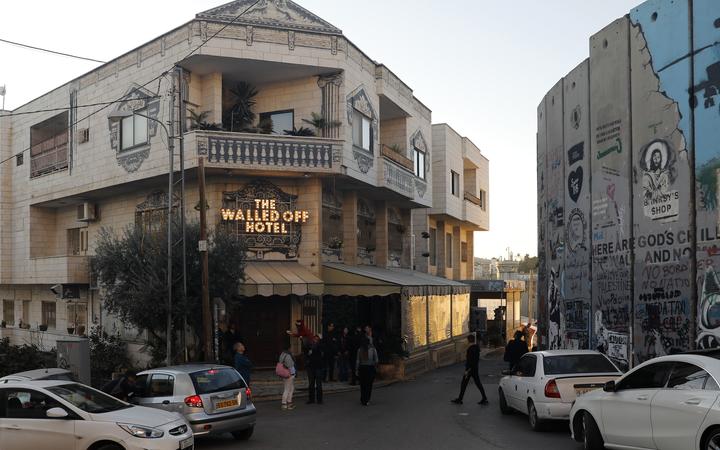 Hotel manager Wissam Salsaa said Banksy had used the Christmas story to show how Palestinians in the West Bank were living.

"It is a great way to bring up the story of Bethlehem, the Christmas story, in a different way - to make people think more," he said.

The scene shows the words "love" and "peace" as graffiti on the barrier in English and French. There are also three large wrapped presents in the scene.

"Banksy is trying to be a voice for those that cannot speak," Mr Salsaa added.

All the rooms in the Walled Off hotel, which prides itself on having "the worst view in the world," overlook a concrete section of the controversial West Bank barrier.

The rooms are filled with the anonymous artist's work, much of which is about the conflict.

The works include a mural in one bedroom of an Israeli solider and his Palestinian counterpart having a pillow fight. In the presidential suite, the bed is decorated in romantic red - with a painting of a heart contained by barbed wire as its centrepiece.

Banksy has also created a number of works in Bethlehem and on the separation barrier itself. 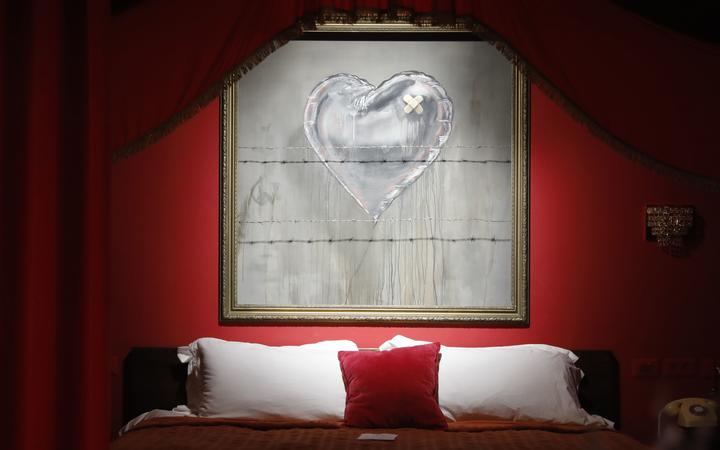 A painting of a heart contained by barbed wire is the centrepiece in one of the hotel's bedrooms. Photo: AFP