Australia could experience its hottest day on record this week as a severe heatwave in the country's west is set to make its way to the east of the country. 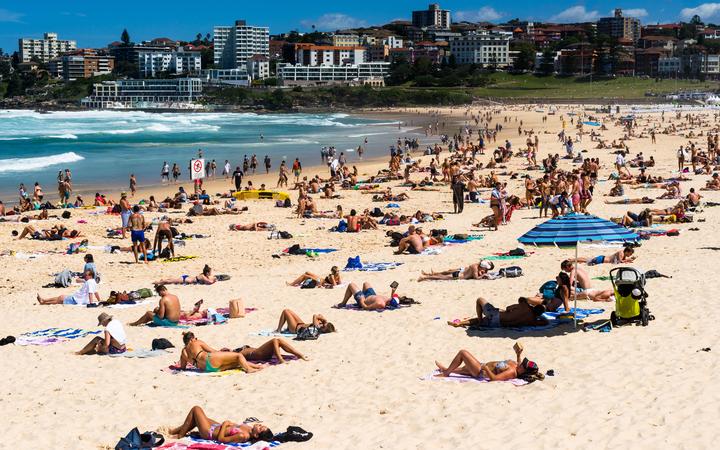 Beaches such as Bondi in Sydney are sure to be packed as Australians and tourists seek relief from another heatwave. Photo: AFP

The current record of 50.7 degrees was set in January 1960 in the outback town of Oodnadatta in South Australia.

Temperatures have been high over the weekend in Western Australia. 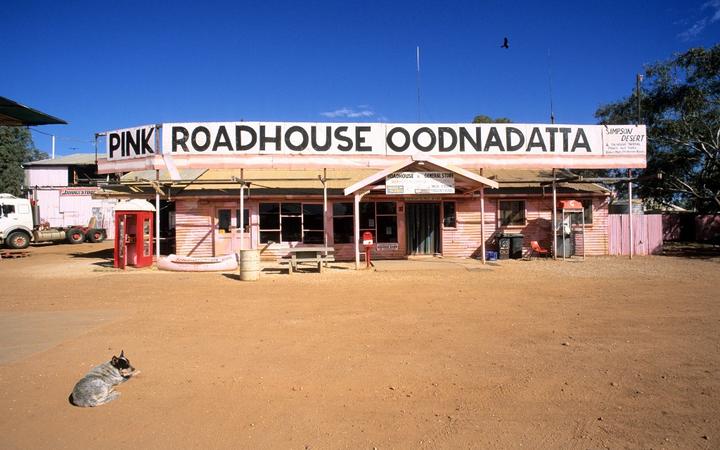 The outback town of Oodnadatta in South Australia has held the record for Australia's hottest temperature for 60 years. Photo: AFP

Forecasters say the extreme heat is expected to affect the rest of the country in the coming week, with temperatures likely to exceed 40 degrees in many areas from Wednesday.

Australian firefighters are struggling with out of control bush fires as hot and dry weather continues.

Authorities have warned 40 degree heat and windy conditions forecast for next week will make it harder for crews to contain these.

Four hundred firefighters have also been working through the night to battle a bush fire north of Perth that's been threatening lives and homes since Wednesday.

One fire is near Two Rocks, about 60km north of Perth.

The fire alert levels cover a 45km stretch of coast including the towns of Guilderton, Seabird and Woodridge. 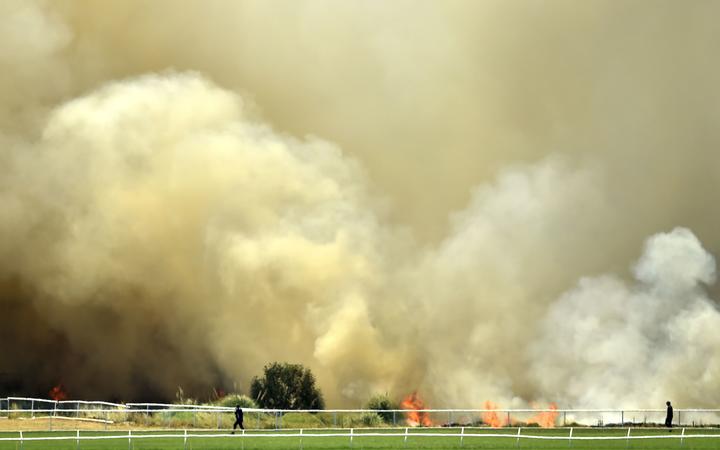 At one stage a fire was burning near the Perth Cricket Ground, where New Zealand is playing Australia in the first cricket test. Photo: AFP

Australia's biggest firefighting aircraft, a Boeing 737 air tanker, can hold 15,000 litres of water and is standing by at RAAF Base Pearce after flying in from NSW overnight.

WA's Fire and Emergency Services Commissioner Darren Klemm said the plane will stay in WA until at least tomorrow night, but no decision has been made on whether or not it will be used on the fire ground.

"I'll be very happy if it sits on the ground for the whole time it's here and we don't need to use it," he said.

Klemm said firefighters were able to establish containment lines on the northern fringes of the blaze overnight.

However, he said they would face another day of challenging weather conditions with more wind changes and a forecast maximum temperature of 40 degrees Celsius.

"Things are reasonably benign at the moment in terms of the wind, but we're going to have difficulties again this afternoon with the strength of the winds," he said.

Arson has been ruled out as the cause of the blaze but the commissioner would not elaborate further, saying the investigation was ongoing.

He also confirmed a firefighter was injured by a falling tree overnight.

"The work that all of the firies and all of the volunteers have put in over the last few days is nothing short of remarkable," he said.

"If you look at the map of where the fires have gone, it is absolutely astonishing that we haven't lost more than one house."