People in China are now required to have their faces scanned when registering new mobile phone services, as the authorities seek to verify the identities of the country's hundreds of millions of internet users. 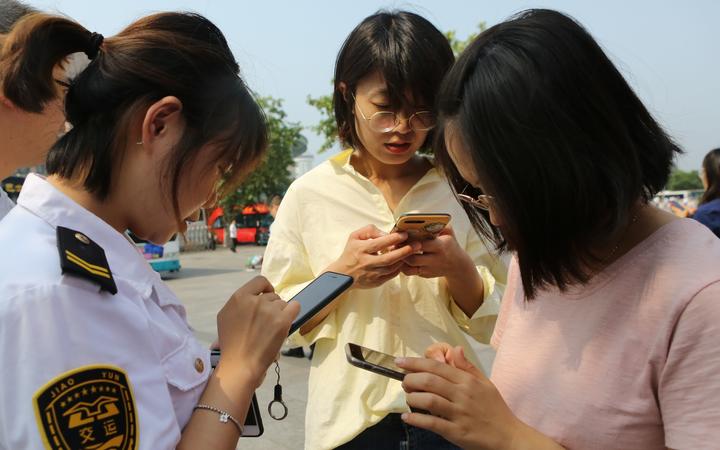 When signing up for new mobile or mobile data contracts, Chinese people will need to have their faces scanned to prove they match the identity provided. Photo: AFP

The regulation, announced in September, is due to come into effect today.

The government says it wants to "protect the legitimate rights and interest of citizens in cyberspace".

It is a world leader in such technologies, but its intensifying use across the country in recent years has sparked debate. 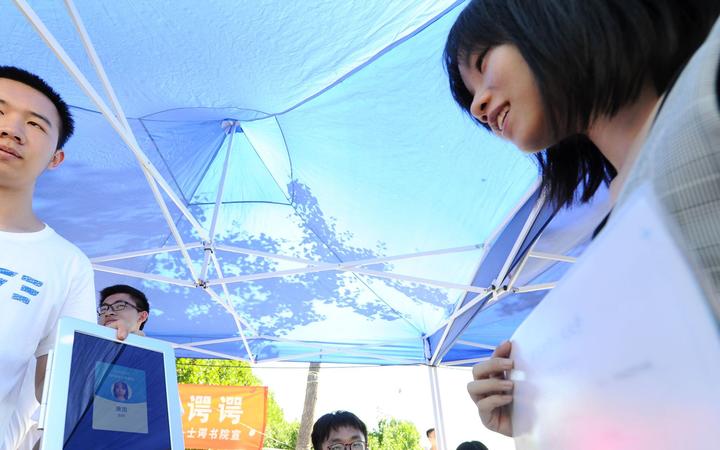 A new student scans her face to register on campus at Beihang University in Beijing. China is a world leader in such technology. Photo: AFP

What are the new rules?

When signing up for new mobile or mobile data contracts, people already are required to show their national identification card (as required in many countries) and have their photos taken.

But now, they will also have their faces scanned in order to verify that they are a genuine match for the ID provided.

China has for years been trying to enforce rules to ensure that everyone using the internet does so under their "real-name" identities.

In 2017 for example, new rules required internet platforms to verify a user's true identity before letting them post online content.

The new regulation for telecom operators was framed by the Ministry of Industry and Information Technology as a way to "strengthen" this system and ensure that the government can identify all mobile phone users. Most Chinese internet users access the web via their phones.

Jeffrey Ding, a researcher on Chinese artificial intelligence at Oxford University, said that one of China's motivations for getting rid of anonymous phone numbers and internet accounts was to boost cyber-security and reduce internet fraud.

But another likely motivation, he said, was to better track the population: "It's connected to a very centralised push to try to keep tabs on everyone, or that's at least the ambition."

When the regulations were announced in September, the Chinese media did not make a big deal of it.

But online, hundreds of social media users voiced concerns about the increasing amount of data being held on them.

"People are being more and more strictly monitored," one user of the Sina Weibo microblogging website said. "What are they [the government] afraid of?"

Many others complained that China had already seen too many data breaches. "Before, thieves knew what your name was, in the future they'll know what you look like," said one user, receiving more than 1000 likes. Another criticised the policy, saying: "This is being implemented without the consent of the public."

Another said they often received scam calls from people who knew their name and address, and asked: "Will they be able to tell what I look like now?"

But others were less cynical, saying that the move was simply in line with "technological progress".

China already extensively censors and polices the web, removing and blocking content it does not want its citizens to see and talk about.

How widespread is facial recognition in China?

China is often described as a surveillance state - in 2017 it had 170 million CCTV cameras in place across the country with the goal of installing an estimated 400 million new ones by 2020.

The country is also setting up a "social credit" system to keep score of the conduct and public interactions of all its citizens in one database.

The aim is that by 2020, everyone in China will be enrolled in a vast national database that compiles fiscal and government information to give a "ranking" for each citizen.

Facial recognition plays a key role in the surveillance system and it has been lauded as a way of catching fugitives. Last year, media noted that police were able to pick a fugitive out of a crowd of 60,000 at a concert using the technology.

In the western region of Xinjiang, where up to a million Uighur Muslims and other ethnic minorities have been detained for what the authorities call "re-education", surveillance cameras use facial recognition to specifically track Uighurs, based on their appearance, the New York Times reported earlier this year.

But facial recognition is increasingly becoming a part of daily life and commercial transactions in China. It's used more and more, for example, to pay in shops and supermarkets. 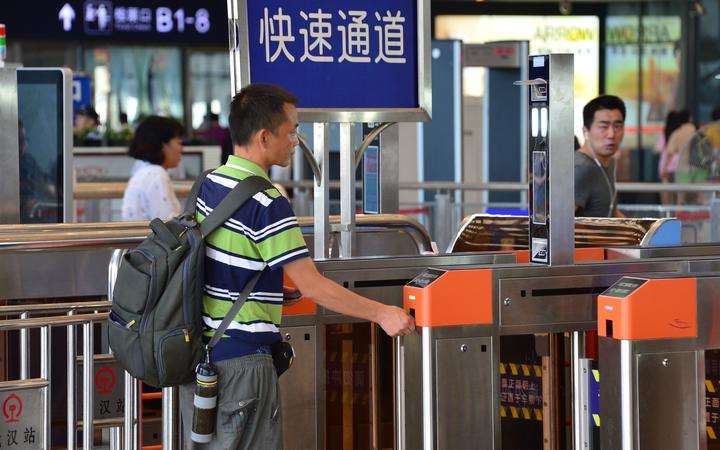 A passenger scans his face after having his train ticket automatically scanned for check-in at the Wuhan Railway Station in Wuhan city, central China's Hubei province. Photo: AFP

However there has been some blow-back. Earlier this year, a university professor sued a wildlife park for making facial recognition mandatory for visitors - sparking a wider debate about the state's mass collection of data on its citizens.

In September, the Chinese government said it planned to "curb and regulate" the use of facial recognition technology in schools after reports a university was trialling using it to monitor the attendance and behaviour of students.

Mr Ding said it was clear that there is increasing backlash against China's widespread adoption of facial recognition technology.

Such criticism used to focus on fears of data theft, hacking and abuses by commercial companies, he said. However, increasingly, citizens seem willing to criticise how the Chinese government might exploit such data to track the population.