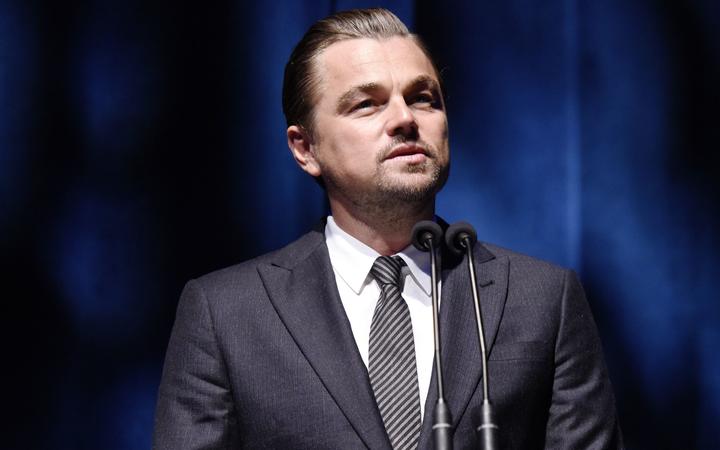 The president gave no evidence but in the past has accused NGOs critical of his policies of starting fires that ravaged the rainforest this year.

Several arrests have been made amid controversial and unproven allegations fires were started to obtain funding.

DiCaprio, who has pledged $5m for the Amazon, denied Mr Bolsonaro's claim.

The latest comments appear to arise from the arrest of four volunteer firefighters from northern Pará state on allegations they started fires to generate NGO donations.

Rights groups, NGOs and critics claimed the police operation against them was politically motivated and an attempt to harass environmental groups.

Fires that burned in August this year caused global concern for the "lungs of the planet".

What did the president say?

His latest accusation came during brief remarks at the presidential residence on Friday.

"This Leonardo DiCaprio is a cool guy, right? Giving money to torch the Amazon."

He gave no evidence and did not elaborate, although the statement appeared to echo a live webcast he gave on Thursday.

That revolved around the environmental organisation, the World Wildlife Fund (WWF), and allegations, denied by the WWF, that it had paid for images taken by the arrested firefighters, who have since been released.

Mr Bolsonaro said: "So what did the NGO do? What is the easiest thing? Set fire to the forest. Take pictures, make a video. [WWF] makes a campaign against Brazil, it contacts Leonardo DiCaprio, he donates $500,000.

"A part of that went to the people that were setting fires. Leonardo DiCaprio, you are contributing to the fire in the Amazon, that won't do," he said.

How has DiCaprio responded?

The actor and environmental activist released a statement saying: "Although they are certainly worth supporting, we have not funded the organisations that are currently under attack.

"The future of these irreplaceable ecosystems is at stake and I am proud to be part of the groups that protect them."

He praised "the people of Brazil working to save their natural and cultural heritage".

WWF also said it had received no donations from the actor, whose Leonardo DiCaprio Foundation focuses on environmental projects.

At this time of crisis for the Amazon, I support the people of Brazil working to save their natural and cultural heritage. They are an amazing, moving and humbling example of the commitment and passion needed to save the environment. The future of these irreplaceable ecosystems is at stake and I am proud to stand with the groups protecting them. While worthy of support, we did not fund the organizations targeted. I remain committed to supporting the Brazilian indigenous communities, local governments, scientists, educators and general public who are working tirelessly to secure the Amazon for the future of all Brazilians.

Senator Randolfe Rodrigues tweeted: "How desperate. Our negligent and incompetent president, who is responsible for unprecedented environmental dismantling, blames DiCaprio but not his own administration which is incapable of taking a single step without destroying something."

What of the fires and who was to blame?

For several weeks in August, fires burned in parts of the Amazon at a rate not seen in years, sparking international concern over the condition of the "lungs of the planet".

The Amazon is the largest rainforest in the world and a vital carbon store that slows down the pace of global warming. 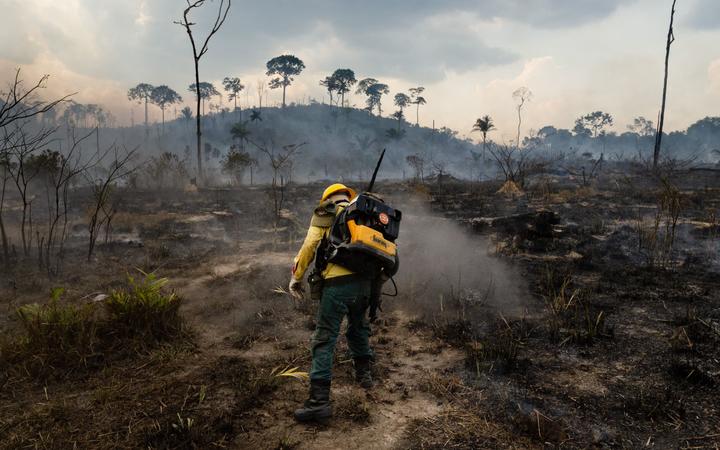 In August there were thousands of individual fires, almost three times as many - 30,901 - as in the same month last year.

Mr Bolsonaro deployed the army to the Amazon and the fires eased after August, although campaigners say the government should be doing more to stop them.

Forest fires occur during the dry season between July and October. They can be caused by naturally occurring events, like lightning strikes, but this year most are thought to have been started by farmers and loggers clearing land for crops or grazing.