Thousands of supporters of Iran's clerical establishment rallied in Tehran, after 143 people died in protests over fuel prices the state blames the US and Israel for. 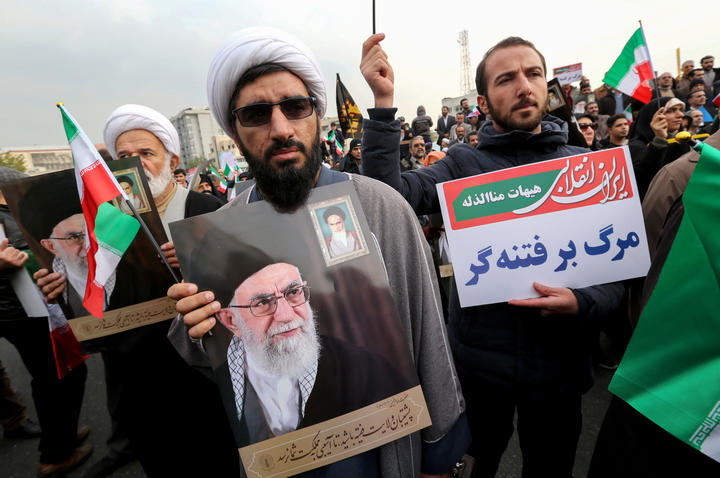 Amnesty International said on Monday it had recorded at least 143 protesters killed in anti-government demonstrations, which began on 15 November after the announcement of gasoline price hikes. The protests have been the worst anti-government unrest in Iran at least since the authorities put down the "Green Revolution" of demonstrations against election fraud in 2009.

The government blamed "thugs" linked to exiles and the United States, Israel and Saudi Arabia for stirring up street unrest.

Hossein Salami, the top commander of Iran's elite Revolutionary Guards, warned the US and its regional allies not to push Tehran into devastating retaliation over what it saw as their support for "rioters".

"We have shown restraint ... But we will destroy our enemies ... America, Israel and Saudi Arabia if they cross our red lines," Mr Salami told pro-government demonstrators in Tehran's Revolution Square, state TV reported.

Iranian TV carried live footage of crowds chanting "Death to America," and "Death to Israel". It and Iranian officials had promoted the state-sponsored rally since Sunday in response to Western statements of solidarity with the fuel price protesters.

"I recommend they (foreign countries) look at the marches today, to see who the real people in Iran are and what they are saying," Foreign Ministry spokesman Abbas Mousavi said.

The unrest has come as new US sanctions imposed this year have cut off nearly all of Iran's oil exports, and as similar protest movements have erupted in Iraq and Lebanon against governments that include heavily armed pro-Iranian factions. 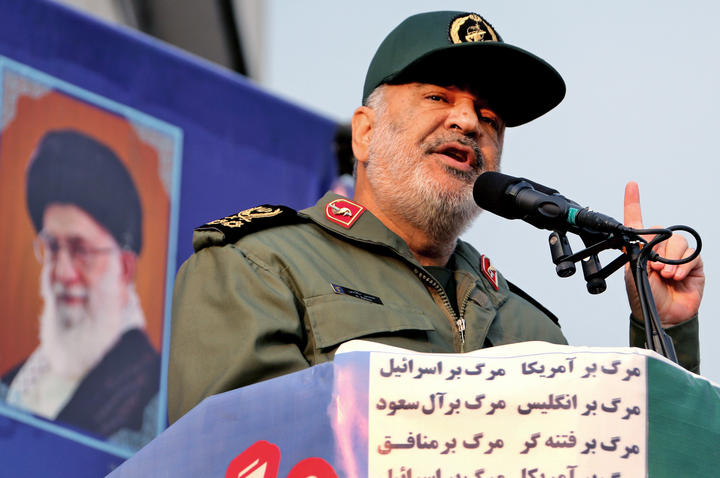 "In some cases, protesters were shot while they were running away and clearly posed no threat to the security forces. Other videos show security forces shooting towards protesters from rooftops of state buildings including a justice department building," it said in a statement.

Iran's fuel protests have quickly turned political with protesters calling on top leaders to step down: "Death to the dictator. Time for you to step down!" protesters have chanted in social media videos posted by Iranians from inside the country.

Details have been difficult to report in part because of an internet blackout in much of the country.

State authorities warned "rioters" of severe punishment if unrest continued. They said late last week that disturbances had ceased, although unverified videos posted on social media after restrictions on internet access were partially lifted suggested sporadic protests were continuing in some places.

Washington has sided with Iran's protesters, while France and Germany have expressed deep concern over reports of many deaths during the protests.

Social media footage has shown police on motorbikes driving into crowds and attacking protesters with clubs. Other videos showed police firing at people with live ammunition.

Iran has rejected Amnesty's death toll figures. It says several people, including members of the security forces, have been killed and more than 1000 people arrested. The Center for Human Rights in Iran, a New York-based advocacy group, said the number of arrests was probably closer to 4000.

"My cousin has been arrested. We don't know where he is and whether he is alive or not," said a young protester in Tehran reached by telephone who asked not to be identified.