New South Wales fire authorities warn the bushfire risk for the Greater Sydney and Greater Hunter areas is set to be "catastrophic", as the Prime Minister says the Australian Defence Force is ready to help. 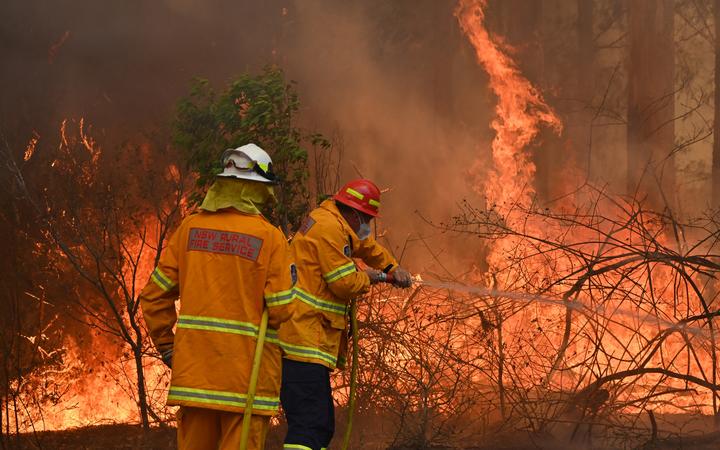 Firefighters tackle a bushfire to save a home in Taree, 350km north of Sydney Photo: AFP

It is the first time the Sydney region has been rated at that level since the new fire danger ratings were introduced in 2009.

Three people have died in New South Wales since Friday, when a record number of emergency-level fires were declared in the state, and at least 150 homes have been destroyed.

The Rural Fire Service (RFS) has issued a strong warning that "lives and homes will be at risk" as high temperatures, strong winds and low humidity combine to create fierce conditions.

It has advised people in areas at risk to head to larger towns, shopping centres or facilities away from bushland areas. Schools in high risk areas will also be closed on Monday and Tuesday.

Elsewhere, danger warnings at "extreme" level were in place for Tuesday for the North Coast, Illawarra and Shoalhaven, Central Rangers, Northern Slopes and the north-western area. Danger in the Far North Coast, New England, Far South Coast, Southern Ranges and Lower Central West Plains has been rated as "severe".

Two firefighters were injured when a burnt tree fell onto a fire truck at Nambucca Heads on the mid-north coast on Sunday. One sustained neck and spinal injuries when she was knocked to the ground as she stepped out of the truck, and the second firefighter, inside the truck, sustained neck injuries.

'You may not get help'

More than 60 fires continued to burn on Sunday night.

But the wider focus is now on preparations for the week ahead.

The RFS issued a dire warning for Tuesday, saying: "If you are threatened by fire, you may not get help."

RFS Commissioner Shane Fitzsimmons said: "Indications are that the weather conditions will be worse than what we experienced [on Friday]."

"Not only will they be worse, they will be concentrated much further than just the north-eastern area of NSW."

Mr Fitzsimmons said along with the 1300 firefighters on the ground right now from across Australia and New Zealand, they were in contact with colleagues from Canada and the US for possible help in light of Tuesday's predicted forecast.

They were also in discussions with the Australian Defence Force.

Prime Minister Scott Morrison was touring the fire ground on Sunday and spoke to some of those affected at an evacuation centre at Club Taree. 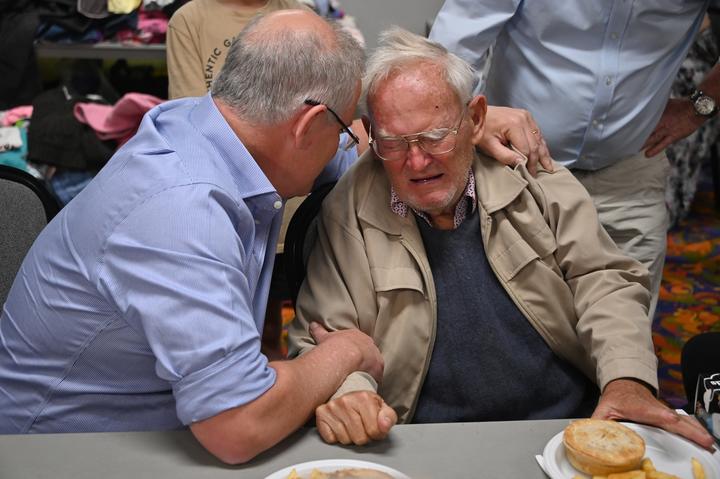 He said he was "never more proud" of Australians than in moments like this.

He said there was an immediate disaster recovery payment available of $1000 for adults and $400 for children affected by the fire.

Authorities have warned residents across the state should begin preparations now - once the bushfires break out, resources may be too stretched to help them. 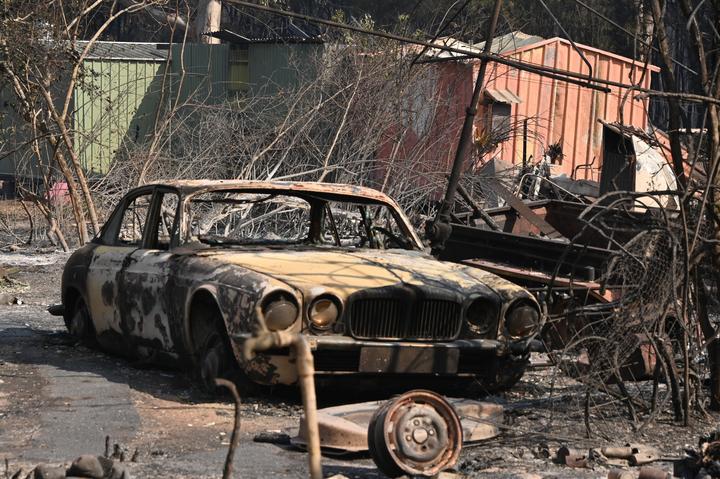 A burned car at a property destroyed by fire at Old Bar, 350km north of Sydney on Sunday. Photo: AFP

In Queensland, thousands of people spent the night in evacuation centres while officials assessed whether it was safe for them to return home.

More than 50 fires were burning on Sunday, with emergency warnings in place for two fires.

"There is really no rainfall, no significant rainfall, until at least the end of the year and possibly into the new year," Queensland Fire and Emergency Services acting commissioner Mike Wassing told a news conference on Sunday.