Roman Catholic bishops have voted to allow married men to become priests in the Amazon region, exempting them from the centuries-old rule on celibacy. 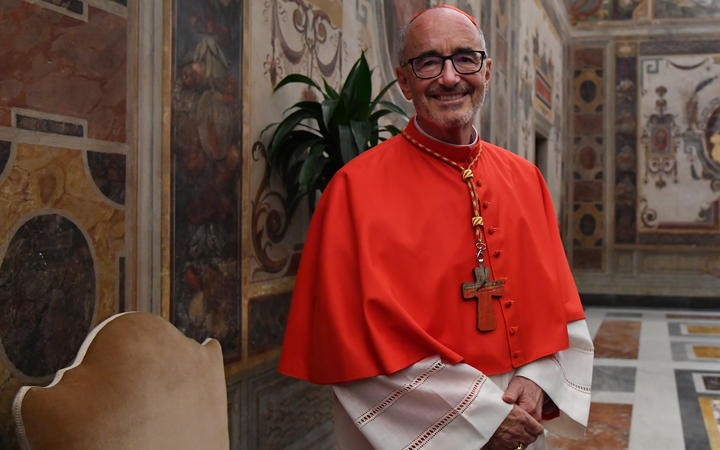 The vote came at the end of a Vatican assembly on the Amazon, where there is a severe shortage of priests.

For the proposal to take effect, it must be backed by Pope Francis, who is due to make his position clear soon.

Traditionalists fear a slippery slope to married priests throughout the Church, diluting its unique character.

The vote was taken at a three-week assembly, known as a synod, of some 180 bishops in Rome. It also looked at the role of women in the Church's work, and environmental issues.

The Catholic Church is the oldest institution in the Western world, tracing its history back almost 2000 years, and counts more than a billion members.

"Sometimes it takes not just months but even several years before a priest can return to a community to celebrate the Eucharist, offer the sacrament of reconciliation or anoint the sick," the synod document says.

Three out of five bishops at the synod came from the nine Amazon countries, AFP news agency notes.

Under the synod's proposal, passed by 128 votes to 41, married "men of proven virtue" could join the priesthood in remote parts of the region.

Advocates of the change argue that it would not be a reversal of the rule on celibacy for priests but an exemption, like that already given to married Anglican clerics who convert to Catholicism.

"Legitimate diversity does not harm the communion and unity of the Church, but expresses and serves it," the synod's final document says, as quoted by the Catholic News Agency.

Speaking at a press conference at the end of the synod, the Archbishop of Benevento, Cardinal Michael Czerny, explained the decision: "Things have to change.

"We cannot keep repeating old responses to urgent problems and expect to get better results than we've been getting so far."

Pope Francis is expected to issue his guidance on the issue by the end of the year.

The bishops recognised that in the Amazon "the majority of Catholic communities are led by women".

They looked at the issue of ordaining women as deacons, who are a rank below priests in the Catholic Church, being allowed to celebrate weddings and baptisms but not to say Mass.

While they did not endorse the idea, the bishops decided to consult with a papal commission on the subject.

The bishops also called on the Pope to make "the acts and habits of pollution and destruction of the harmony of the environment" an "ecological sin", AFP reports.