By Mal Siret for the BBC

One of the world's most expensive art exhibitions 10 years marking the 500th anniversary of Leonardo da Vinci's death is finally opening to the public in Paris. 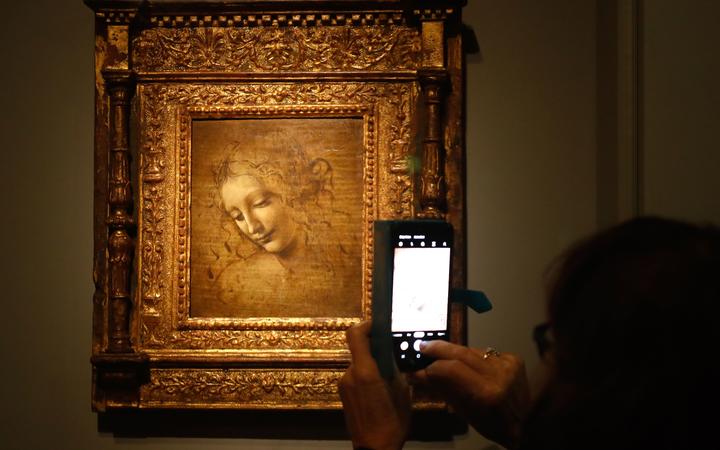 A person take a picture of an oil on wood painting by Leonardo da Vinci's The Head of a Woman, also known as La Scapigliata, at the Louvre in Paris. Photo: AFP

It took more than a decade to prepare and was almost thwarted by a diplomatic row.

The Louvre museum in Paris, home to Leonardo's Mona Lisa, opened its doors yesterday to a display of more than 160 Renaissance-era paintings and drawings, some of which are on loan from Queen Elizabeth II and Bill and Melinda Gates.

The exhibition, which is expected to attract more than half a million visitors over the next four months, aims to provide a deeper understanding of the artist's working methods using his notebooks, infrared imaging technology and virtual reality.

Shining infrared light on some of his most famous artworks has revealed a number of secrets, with multiple layers of drawings discovered beneath the artist's finished pieces.

It is not the first time this method has been used. In August, experts found designs for the angel and infant Christ beneath the surface of Leonardo's The Virgin of the Rocks, using macro X-ray fluorescence maps and infrared and hyperspectral imaging.

Leonardo da Vinci was an engineer, designer, scientist and artist who was fascinated with the human form and the behaviours of animals and plants. 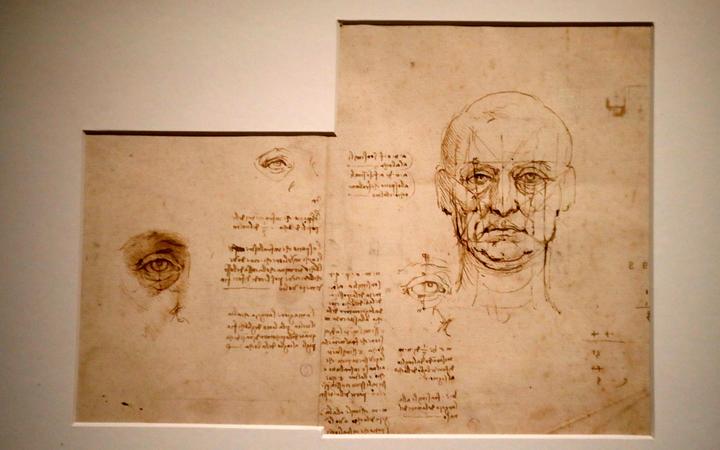 From the growth of trees to the motion of birds - he was obsessed with flight and designed a flying machine based on the wings of a bat - Leonardo studied the complexities and documented them with drawings. Some of those drawings are on show at the Louvre.

He also designed weapons, tools and utensils, and his notebooks also include interpretations of architectural building techniques.

Among the most celebrated of works on loan to the Louvre is Leonardo's Vitruvian Man, a pen-and-ink drawing of a perfectly proportioned human form inside a square and circle.

The piece, which will form part of the exhibition for eight weeks, was transported to Paris just last week despite attempts to ban it from leaving Italy.

Exhibition co-curator Vincent Delieuvin said the drawing showed the importance of the relationship between science and art. "In this case, it shows the beauty of the [human] body," he said.

"We hope to show who he was as an artist, why and how Leonardo was so important. [He used a] very particular and original method of work based on science." 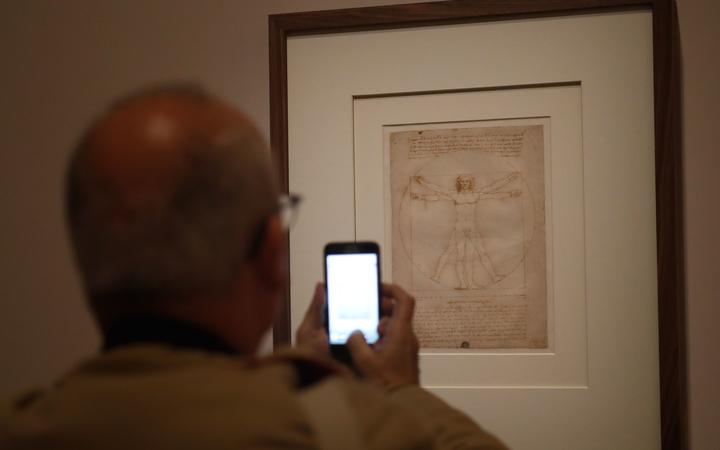 The Mona Lisa, perhaps one of the artist's best-known paintings, does not feature in this exhibition in its physical form - it is kept elsewhere at the Louvre in a protected glass case - but visitors can see the painting Beyond the Glass.

The virtual reality experience, the first of its kind at the Louvre, incorporates scientific research to reveal details within the painting otherwise invisible to the naked eye, say the developers of the project, Vive Arts.

Then there are the pieces on loan from the Queen, which are usually kept behind closed doors in the royal household at Windsor Castle.

These include Leonardo's Study of Hands and the Head of Leda, the mythological mother of Helen of Troy.

"Elizabeth was very generous, sending 24 pieces from her collection; because of her we are able to show a fine selection of his drawings," said Mr Delieuvin.

The exhibition also features Renaissance-era pieces from other artists, including sculptures, to help put Leonardo da Vinci's own work into context, the Louvre said.

Mr Delieuvin told the BBC he anticipated about 600,000 people would visit the exhibition in Paris thanks to the impressive volume of works on show. 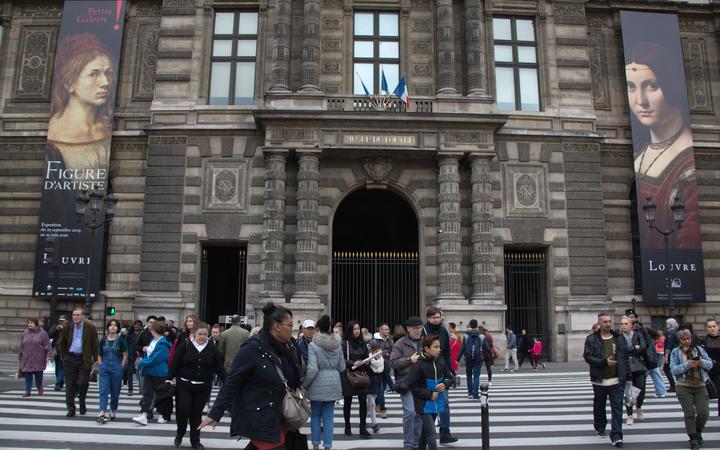 Hundreds of thousands of people are expected to visit the exhibition. Photo: AFP

Diplomatic row between France and Italy

Born in Tuscany in 1452, Leonardo was a Renaissance painter, sculptor, architect and mathematician. Before his death in May 1519, he spent his final years in France as the guest of the monarch, Francis I.

It was this fact that led to a recent political and cultural row between France and Italy.

The big plans for the exhibition, which had long been in the works, were almost scuppered towards the end of last year when Italy's right-wing, nationalist League party opposed sending several artworks, claiming Italy was being left "on the fringes of a major political event".

In an interview last November, the then-undersecretary for Italy's cultural heritage ministry, Lucia Borgonzoni, said "Leonardo was Italian. He only died in France. France cannot have everything."

The spat was only settled in an Italian courtroom last week, when it was agreed that Vitruvian Man, which had been kept in a climate-controlled room in Venice for years, could go to Paris.

The Venice court cited "the exceptional global relevance of the [Louvre] exhibition and [Italy's] desire to maximise its heritage potential" when announcing its decision to allow the drawing to travel.

"Now the great Italian-French cultural operation of the two exhibitions on Leonardo in Paris and Raphael in Rome can start," Italy's Cultural Heritage Minister Dario Franceschini tweeted after the court ruling. 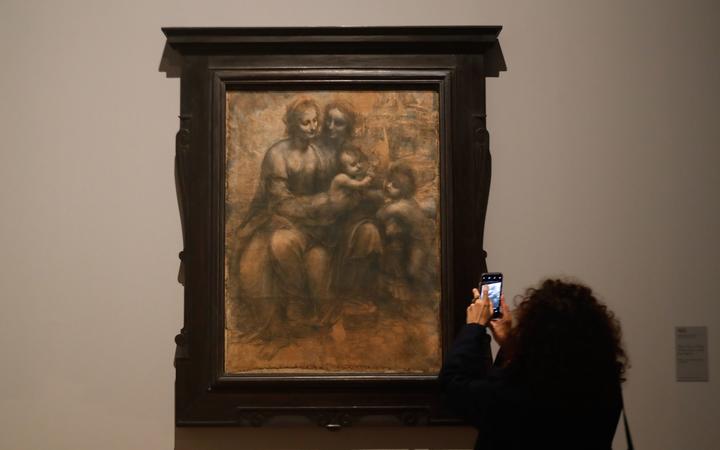 Leonardo da Vinci's The Virgin, the Child Jesus with Saint Anne and Saint John the Baptist is among the works in the exhibition. Photo: AFP

All images are subject to copyright.