One of the highest prices has been paid for an artwork by a living New Zealand artist at an auction in Auckland last night. 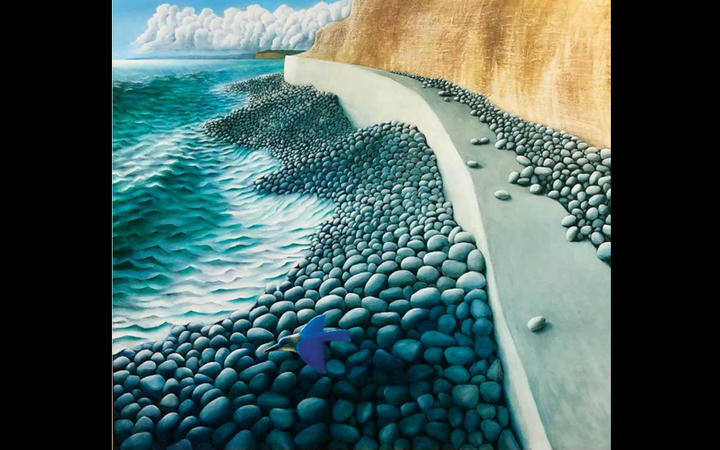 Michael Smither's Sea Wall and Kingfisher 1967 sold for $342,000 at the International Art Centre.

Auction director Richard Thomson said the painting - of a sea wall built to protect part of the Taranaki coastline - was significant.

"Smither was very concerned about conservation and protection of the environment and the inclusion of a gliding kotare (kingfisher) in the painting reflects that. It really is quite a spectacular work."

In March 2016, $575,000 was paid for Summer Rains Doubtful Sound - an impressionistic landscape of the Doubtful Sound painted by Kiwi landscape artist Tim Wilson, according to Tim Wilson Gallery sales information on their website.

Mr Thomson said another high price fetched by a living artist was $290,000 for a painting by Bill Hammond a decade ago.

An oil painting by Don Binney, Pipiwharauroa over Te Henga, has also sold for a record price of $600,600.