The US Justice Department has launched a criminal investigation into the origins of the Mueller inquiry, US media report. 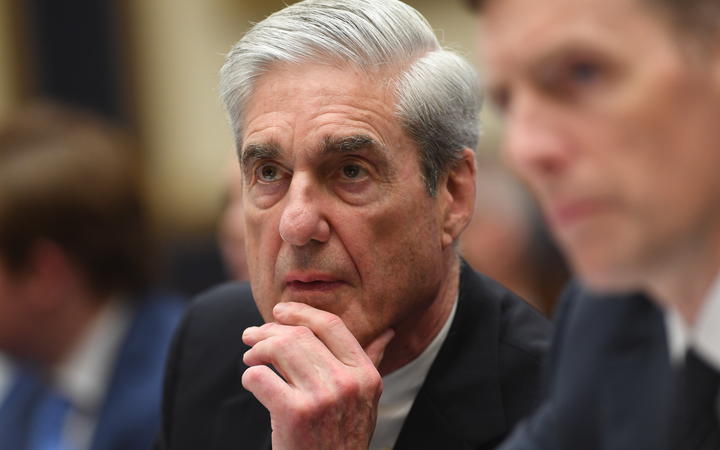 An administrative review into the Special Counsel's investigation began in May.

But the switch to a criminal probe means investigators can now issue subpoenas for testimony and documents.

President Trump has long alleged Robert Mueller's probe of reports of collusion with Russia was a "witch hunt".

The investigation into the 2016 election did not establish any criminal conspiracy between Moscow and Donald Trump's campaign. But it did not clear the president of obstructing justice.

Reports on the criminal probe first appeared in the New York Times. It is unclear what potential crime is under investigation, the newspaper said.

Why is the Mueller report being investigated?

The administrative review of the Mueller investigation began in May. It is being overseen by the US Attorney-General William Barr and is run by US federal prosecutor John Durham.

Mr Durham was tasked with determining whether the collection of intelligence on the Trump campaign in 2016 was lawful. He is known for investigating links between FBI agents and organised crime, and investigating the destruction of CIA interrogation videos.

President Trump said at the time he did not order Mr Barr to launch the administrative review, but added that he was "so proud of our attorney general" and it was "a great thing that he did".

Mr Trump has previously accused the FBI investigators who first launched the probe into his election campaign of treason.

The 448-page Mueller report did not conclude that there was a criminal conspiracy between Moscow and the Trump campaign to influence the 2016 US presidential election.

However, it did detail 10 instances where Mr Trump possibly attempted to impede the investigation.

The report concluded that Russia had interfered in the election "in sweeping and systematic fashion".

That interference took the form of an extensive social media campaign and hacking into Democratic Party servers by Russian military intelligence, the report said.