The former US ambassador to Ukraine has told lawmakers she was sacked over "unfounded and false claims by people with clearly questionable motives". 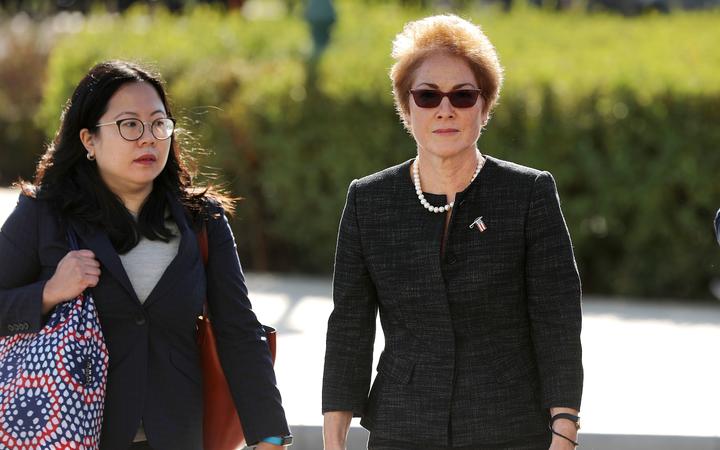 The United States' former ambassador to Ukraine, Marie Yovanovitch arrives on Capitol Hill in Washington to give evidence to the committee looking into the impeachment of Donald Trump. Photo: AFP

Marie Yovanovitch said she was "incredulous" at being dismissed by President Donald Trump in May.

Her testimony is part of an impeachment inquiry against the US president.

The Democratic probe is looking into whether Mr Trump improperly pressured Ukraine to investigate his political rival Joe Biden.

It was sparked by a whistleblower complaint about a July phone call between the Republican president and his Ukrainian counterpart Volodymyr Zelensky.

During that conversation, Mr Trump described Ms Yovanovitch as "bad news", according to a rough transcript released by the White House.

The decision to dismiss her several months earlier reportedly followed the US president's personal lawyer Rudy Giuliani and other conservatives arguing she was biased against the president.

Mr Giuliani had been working in Ukraine to press the authorities there to investigate widely debunked corruption allegations against Mr Biden, and his son, Hunter, who was associated with a Ukrainian company. 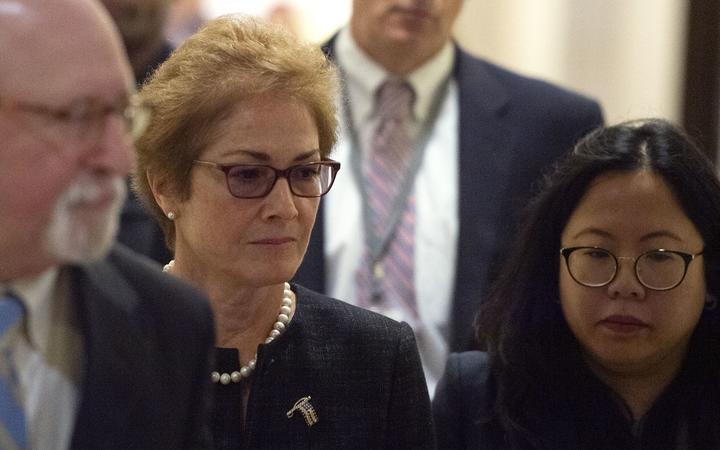 Marie Yovanovitch, who was reportedly described as "bad news" by US President Donald Trump. Photo: AFP

"Although I understand that I served at the pleasure of the president," Ms Yovanovitch said in a prepared statement, "I was nevertheless incredulous that the US government chose to remove an ambassador based, as best as I can tell, on unfounded and false claims by people with clearly questionable motives."

She said she did not know Mr Giuliani's reasons for attacking her.

"Equally fictitious is the notion that I am disloyal to President Trump," Ms Yovanovitch said. "I have heard the allegation in the media that I supposedly told the embassy team to ignore the president's orders 'since he was going to be impeached.' That allegation is false."

Ms Yovanovitch said she had never met or spoken with Hunter Biden and that Joe Biden had never raised with her the subject of his son or the Ukrainian gas firm that employed him.

She also said she learned that Mr Trump had called for her ousting since 2018 despite Deputy Secretary of State John Sullivan telling her she had done nothing wrong.

"He said that the president had lost confidence in me and no longer wished me to serve as his ambassador. He added that there had been a concerted campaign against me," Ms Yovanovitch said.

A Barack Obama-appointee, Ms Yovanovitch was confirmed by the Republican-controlled Senate and served as US ambassador to Ukraine from August 2016 until last May.

The whistleblower complaint noted her surprise dismissal was a red flag for some officials.

Who else has been called to testify?

He revealed text messages between US diplomats documenting the Trump administration's efforts to have Ukraine investigate the company that employed Mr Biden's son.

On Friday, US Ambassador to the EU Gordon Sondland confirmed he would comply with a House subpoena to face the Democratic-led committees on 17 October.

Mr Sondland's first scheduled appearance earlier this week was blocked by his bosses at the Department of State.