US Secretary of State Mike Pompeo has accused Democrats of bullying his staff as a part of an impeachment inquiry into President Donald Trump. 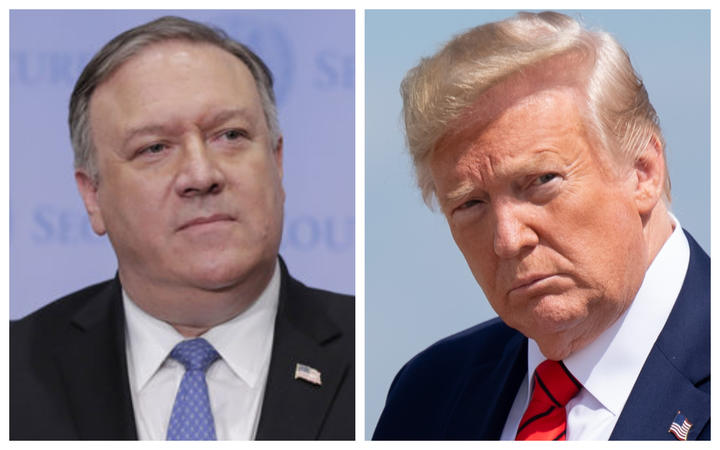 He said in a tweet that requests for five officials to appear before a committee were "not feasible".

They have been issuing summonses as part of the inquiry, which centres on a phone call between the two.

The phone call sparked a formal complaint from a whistleblower which in turn led to formal impeachment proceedings beginning.

On Monday, it emerged that Mr Pompeo was present during the Ukraine call.

Mr Pompeo said the request from the House Foreign Affairs chairman Eliot Engel could be "understood only as an attempt to intimidate, bully and treat improperly the distinguished professionals of the Department of State".

"I will not tolerate such tactics and I will use all means at my disposal to prevent and expose any attempts to intimidate the dedicated professionals whom I am proud to lead."

The secretary of state was served with a subpoena by House Democrats last week.

House Democrats have demanded that five department officials - including the former US ambassador to Ukraine and Mr Trump's special envoy to the country - appear for depositions in October as they "have direct knowledge of the subject matters".

Mr Pompeo said Mr Engel's request raised questions about the authority of his committee to "compel an appearance for a deposition solely by virtue of these letters" and without a subpoena.

The secretary of state also blasted Mr Engel for not providing witnesses and the department with adequate time to prepare.

He added that the committee appeared to be attempting to circumvent the White House's "unquestionably legitimate constitutional interest in protecting potentially privileged information related to the conduct of diplomatic relations".

In response to Mr Pompeo's letter, three Democratic committee leaders said failure to comply with their interview request was illegal and "will constitute evidence of obstruction".

"He should immediately cease intimidating Department witnesses in order to protect himself and the President," says the letter signed by Congressmen Eliot Engel, Adam Schiff, and Elijah Cummings.