Critics have hit out at the decision to give Peter Handke a Nobel prize for literature because of his long-standing support for Serbs. 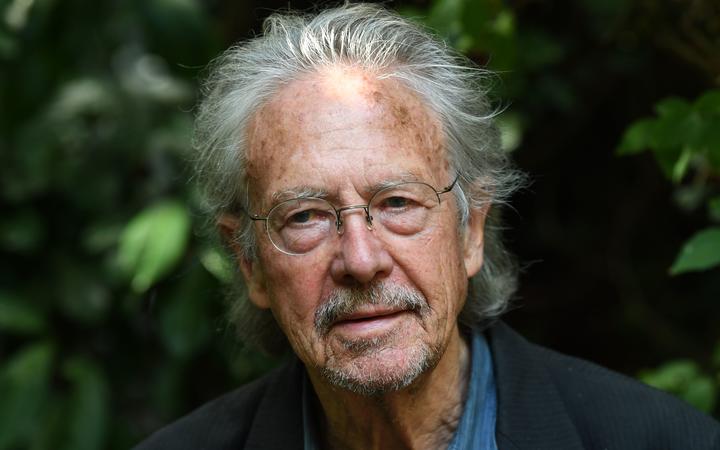 The Austrian playwright, novelist and poet was awarded the 2019 prize today.

He is a highly controversial figure for his support for the Serbs during the 1990s Yugoslav war.

Albania's Foreign Minister Gent Cakaj wrote on Twitter that the award was shameful and had been awarded to a "genocide denier".

The Austrian author said he was "astonished" at winning the prize adding that the decision was "very courageous by the Swedish Academy".

The Swedish Academy which oversees the prestigious award said in a statement that Mr Handke had been recognised for "an influential work that with linguistic ingenuity has explored the periphery and the specificity of human experience". 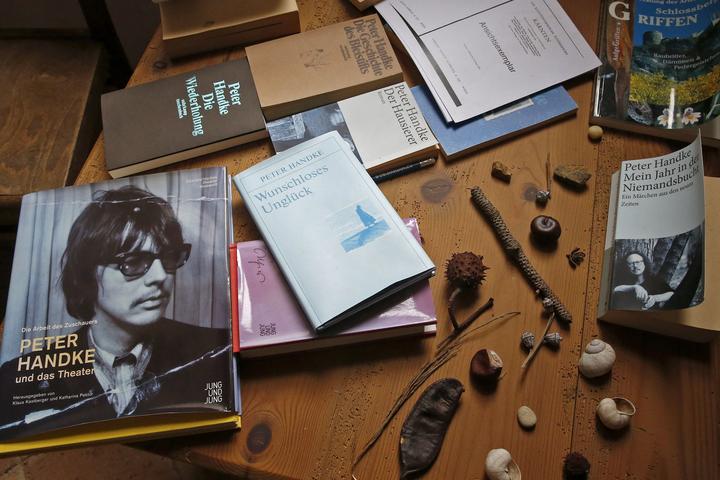 A collection of Peter Handke's work on display at a museum in Griffen, Austria. Photo: AFP

He will receive nine million Swedish krona ($NZ1.4 million) as well as a medal and a diploma.

However, many have hit out against the academy's decision to hand the prize to a man who was considered close to former Serb leader Slobodan Milosevic.

He once denied the Serbian massacre at Srebrenica and compared Serbia's fate to that of Jews during the Holocaust - although he later apologised for what he called a "slip of the tongue".

"Never thought would feel to vomit because of a Nobel Prize," Albanian Prime Minister Edi Rama wrote on Twitter.

Emir Suljagic, a survivor of the massacre of more than 8000 Muslim men from Srebrenica, said: "A Milosevic fan and notorious genocide-denier gets Nobel prize in literature ... What a time to be alive."

PEN America said it was "dumbfounded by the selection of a writer who has used his public voice to undercut historical truth", in a statement from its president, Jennifer Egan.

"We are dumbfounded by the selection of a writer who has used his public voice to undercut historical truth & offer public succor to perpetrators of genocide," says PEN America President @Egangoonsquad on Peter Handke receiving Nobel Prize in Literature: https://t.co/sKfeqYszeL.

British author Hari Kunzru also criticised the decision. He told The Guardian: "More than ever we need public intellectuals who are able to make a robust defence of human rights in the face of the indifference and cynicism of our political leaders. Handke is not such a person."