A power company is cutting electricity to around 800,000 homes, businesses and other locations in Northern California, in an attempt to prevent wildfires. 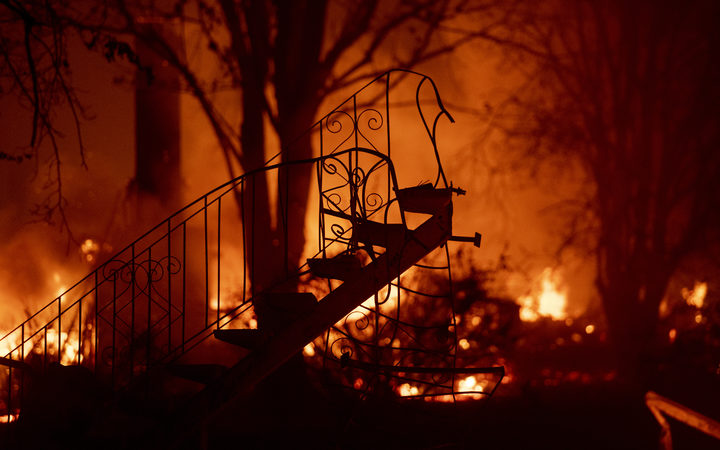 Large swathes of the San Francisco Bay Area - though not the city itself - have lost power, angering residents.

"The conditions are ripe: dry fuel, high winds, warm event. Any spark can create a significant event," said Ray Riordan, director of the Office of Emergency Management in San Jose, during a press conference.

The National Weather Service has issued a red flag warning for the Santa Cruz Mountains, North and East Bay regions until Thursday, warning that conditions could result in "the strongest offshore wind event in the area since the October 2017 North Bay fires".

PG&E said around 500,000 customers were without power. Another 200,000 were scheduled to lose power by noon, local time. 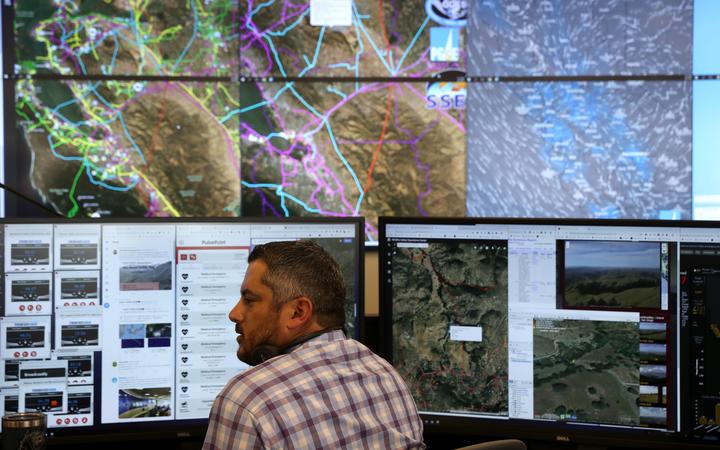 PG&E, which has opened a wildfire operations centre, is warning its black-out could last several days. Photo: AFP

The huge "Camp Fire" in the town of Paradise last year burned 150,000 acres and left 86 people dead. An investigation determined that poorly maintained PG&E equipment was to blame for starting the historic blaze. 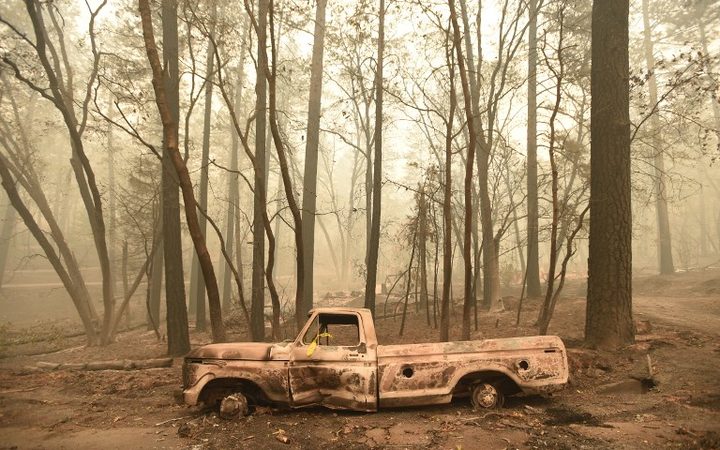 The firm was also blamed for deadly fires in 2017. Subsequent lawsuits led the publicly traded company to declare bankruptcy in 2019, a process that is still ongoing. PG&E is the sole provider of gas and electricity for much of Northern California, and so the vast majority of consumers in the region do not have an alternative source of power.

"We have experienced an unprecedented fire season the past two years," said Tamar Sarkissian, a PG&E spokeswoman, speaking to CBS News.

"And what we learned from that is that we need to be taking further steps to ensure the safety of our customers and the communities that we serve. Public safety power shut off is one of the many steps that we're taking."

"None of us are happy about it," said California governor Gavin Newsom. "But this is part of something that we knew was likely to occur several months ago, when PG&E finally woke up to their responsibility to keep people safe."

The outages are expected to affect more than half of the state's counties.

The warnings stretch north of the San Francisco Bay Area, in areas such as Napa and Sonoma, famed for wine-making. Further south, many cities synonymous with Silicon Valley giants could be affected, such as Cupertino, home to Apple.

Local shops reported an influx of customers buying up supplies for a black-out that could, if the weather remains adverse, last for several days.

"The idea of five days without electricity is devastating," said Libby Schaaf, mayor of Oakland, but added: "We fully expect that to be a worst-case scenario. This is our first time going through this."

But websites providing information about the cuts have buckled under heavy traffic loads. Many residents have taken to PG&E's social media channels to express their frustration.

"This is ridiculous!" wrote Veronica Key.

"You wasted the money you should have been using on safety precautions to give dividends to your stockholders. Now you have to shut down our power like some sort of third world country.

PG&E has opened 28 community resource centres in the region to provide "restrooms, bottled water and electronic-device charging" during daylight hours.

Many schools in the area have told students to stay at home and await further information for the remainder of the week.