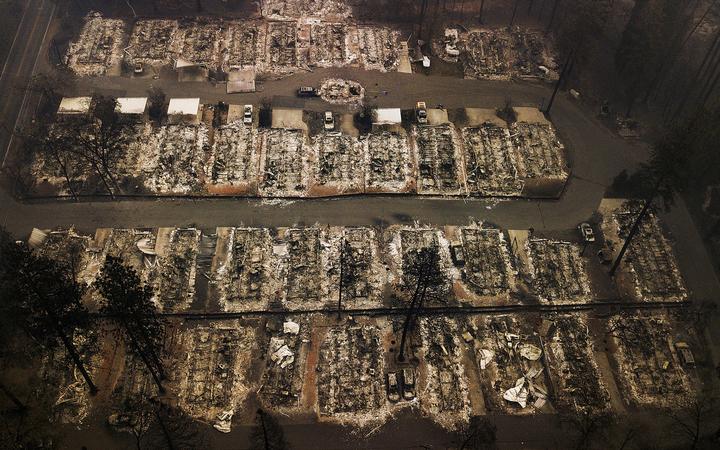 The remains of homes levelled by the Camp wildfire in Paradise, California. Photo: AP

The wind-driven blaze, dubbed the Camp Fire, erupted in the drought-parched Sierra foothills 280km north of San Francisco in November 2018 and raced with little warning through the town of Paradise, incinerating much of that community.

Nearly 19,000 homes and other structures were destroyed, and the death toll of 85 civilians stands as the greatest loss of life from a single wildfire in California history. Several firefighters were injured.

Shares of San Francisco-based PG&E initially fell 3.1 percent in after-hours trading following release of the California Department of Forestry and Fire Protection (Cal Fire) statement. The stock later recovered and was trading at 0.2 percent above the closing price of $18.10 a share.

Cal Fire found last June that PG&E-owned power lines had sparked a separate series of wildfires that swept Northern California's wine country in 2017. But prosecutors from four affected counties later determined there was no basis to criminally charge the utility in connection with the so-called North Bay fires.

PG&E filed for bankruptcy in January 2019, citing potential civil liabilities in excess of $30 billion from the North Bay and Camp Fires.