The Battles of Cassino, the last significant fight involving New Zealanders in the World War II is being commemorated in Italy. 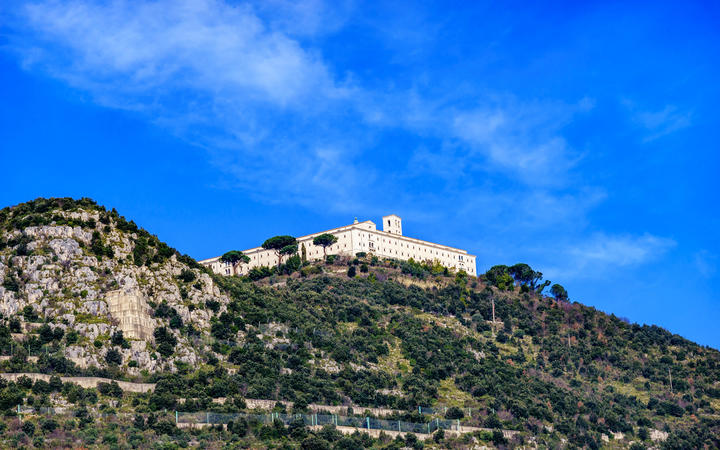 The Benedictine Abbey in Monte Cassino was bombed during the Battles of Cassino. Photo: 123RF

Cassino was a strategic spot as the allies made there way up through Italy, but the advance became bogged down after strong German resistance.

The fight raged on from January to May 1944.

The Battle of Cassino was divided into four parts over a five-month period. New Zealand forces were involved in the second and third battles, which were both unsuccessful.

Professor of War History at Massey University Glyn Harper said Cassino was a long, drawn out, tough series of battles.

"The terrain particularly in the centre of Italy around Monte Cassino was mountainous and very few ways to get to Rome and Cassino was ideally suited for a defensive battle."

In the second battle in February, the Māori Battalion suffered a large number of causalities for no real gain.

In mid-March, everything was thrown at the third battle, including a massive aerial bombardment of the town before New Zealand troops moved in.

"Really it becomes an attritional battle of the worst kind - fighting street by street, house by house and the New Zealanders are unfortunately exhausted in the process and while they take most of Cassino town, they are unable to drive the German defenders out of the town."

Ian Johnston, who was a captain in the New Zealand Artillery in the Second World War said there were 421 allied guns deployed at Cassino.

"And when those guns let go it was massive."

"The bombers had come over and bombed and the American airforce they just sprayed their bombs anywhere, we had casualties in our own New Zealand Artillery from bombs dropped by the Yanks."

Mr Johnston said the strategic advantage given to the Germans because they held the high ground including the imposing abbey of Monte Cassino, high above the town, could not be underestimated.

"You could see why the Germans were holding all the aces. The only road up was highway six, because as we have always known, all roads lead to Rome and route six up the Liri Valley, west of Cassino, you had to see it to believe it."

Another veteran of Cassino, Les Poole remembered the intensive bombing of the town and abbey.

"We had to all pull back when they did the bombing. It was the Americans first with three or 400 bombers and the English with theirs too and of course they wrecked everything and blocked the river up with rubbish and everything started to flood and all that sort of thing, I think it did more damage than good really."

The decision was made to bomb the abbey, which was built in 529 AD by St Benedict.

Professor Glyn Harper said it was one of the most controversial aspects of the whole Italian campaign.

"(Lieutenant General Sir Bernard) Freyberg received the blame for it, unfairly so," he said.

"Freyberg did want it to happen but he was responding to a request from the commander of the Fourth Indian Division which was tasked to take the abbey."

Professor Harper believed the name Cassino struck at New Zealand hearts and he likened it to Crete and Gallipoli.

"It's a heroic failure, you know we fight against the odds, almost do it but not quite, and for those soldiers fighting in the third Battle of Cassino it was an horrendous time and fighting in conditions very reminiscent of the Western Front of the previous war."

Cassino was finally taken by British and Polish troops on 18 May, however, some New Zealand artillery was still in action right to the end. 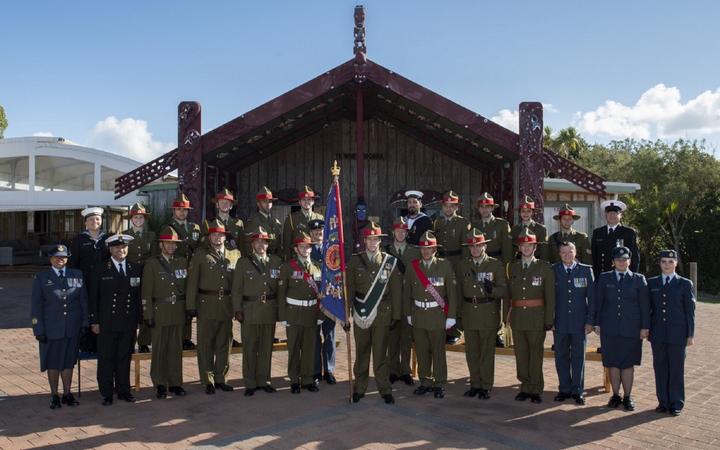 The New Zealand Defence Force contingent attending commemorations for the 75th Anniversary of the Battles of Cassino, in Italy. Photo: NZDF

A New Zealand Defence Force contingent of 35 personnel is in Cassino to take part in commemorations marking the 75th anniversary.

It's being lead by Lieutenant Colonel Anthony Childs. His family has strong links with Cassino.

"I think attending the commemoration will be quite overwhelming and it hasn't really struck home just how significant and close that it is."

Lieutenant Colonel Childs said that a Māori Battalion member, Robert Gillies, who is aged in his late 90s and one of the few remaining, is likely to be attending the commemoration.

A New Zealand National Commemorative Service will be held at the Cassino Commonwealth War Cemetery on Thursday evening local time and a Dawn Service on Friday at the 28th Māori Battalion Memorial at the Cassino Railway Station, the scene of some of the most intensive fighting by the Māori Battalion.