Strong winds have been fuelling California's deadly fires as search-and-rescue teams begin the grim task of searching for bodies among the ashes. 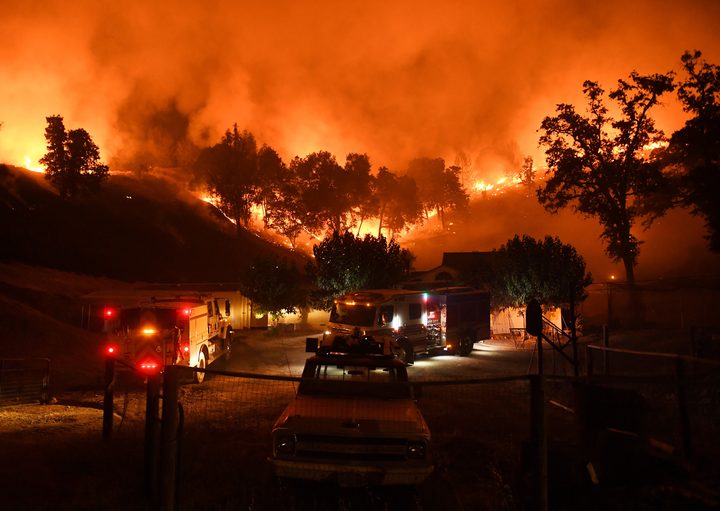 Firefighters conduct a controlled burn to defend houses against flames from the Ranch Fire. Photo: AFP

Winds of up to 64km/h are expected throughout the south of the state today where the Woolsey Fire is threatening some 57,000 homes.

Firefighters in the north are still battling the Camp Fire, which has killed at least 42 people.

They started within minutes of each other. The smaller of the two has since been put out, Reuters reports.

In the north, the Camp Fire, which has destroyed more than 7,600 homes, surpassed the 1933 Griffith Park disaster to become the deadliest in California's history after 13 more bodies were found, bringing the total killed to 42. The earlier tragedy left 31 dead.

Many more people are said to be unaccounted for, with coroner-led search teams preparing to comb the largely incinerated town of Paradise.

Further south, the Woolsey Fire has so far killed two people as it damaged beach resorts including Malibu, a favourite with the rich and famous - bringing the state-wide death toll to 44. 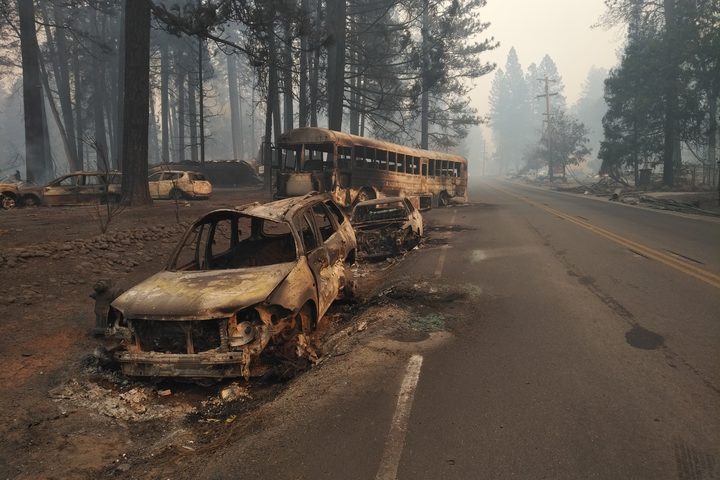 Around 9,000 firefighters have been tackling the fires, with 16 other states sending crew and resources to help.

More than 300,000 locals have been forced to flee their homes across California.

US President Donald Trump has declared a "major disaster" in the state, making federal aid available to affected residents.

Authorities are investigating the cause of the wildfires.

What's the latest on the Camp Fire?

Paradise and its surrounding areas bore the brunt of the Camp Fire - the largest blaze - which started in a nearby forest on Thursday.

Some bodies were found in gutted cars that were overrun by the fast-moving fire, as residents scrambled to evacuate overnight.

Sorrell Bobrink, a Paradise resident who managed to drive away with her child, said she was first woken up and alerted by a phone call from a friend.

She described the scene as "exactly like any apocalyptic movie I have ever seen" and said she did not know if she was driving towards death or out of harm's way as the sky blackened.

"I had to drive through the fire - it was awful. It was probably the most awful experience I will have in my life," she told the Newsday programme. 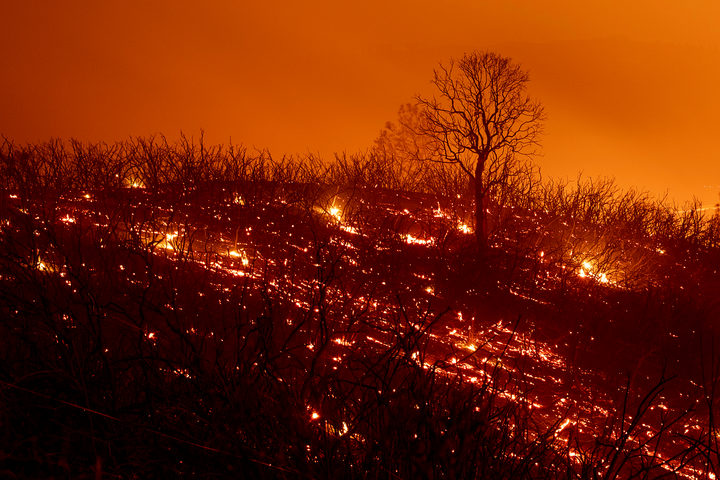 Several thousand people have been evacuated as various fires swept across the state. Photo: AFP

Many of the victims are believed to have been elderly residents or people with mobility issues who would find evacuating more difficult.

Forensic experts are stepping up their search in the ruins of Paradise, but officials warn that finding the bodies could take weeks.

Dogs are being brought in by local police to try and locate the dead, and two mobile army morgues will be used to help identify them.

What about further south?

It has consumed nearly 94,000 acres and destroyed around 435 buildings, officials said. It is around 35% contained, up slightly from earlier in the day. The smaller Hill Fire, nearby, has scorched 4,530 acres and is reportedly about 90% contained.

Luxury homes in Malibu and other beach communities are among the properties destroyed.

The nearby city of Calabasas, home to well-known celebrities, remains under a mandatory evacuation order.

The California Public Utilities Commission is investigating what sparked the latest blazes - amid reports electrical companies may have suffered malfunctions near the sources shortly before the fires began.

The state's 40-million-strong population also helps explain the fires' deadliness. That number is almost double what it was in the 1970s, and people are living closer to at-risk forest areas.