The American entrepreneur Elon Musk has given a further update on his Starship and Super Heavy rocket system. 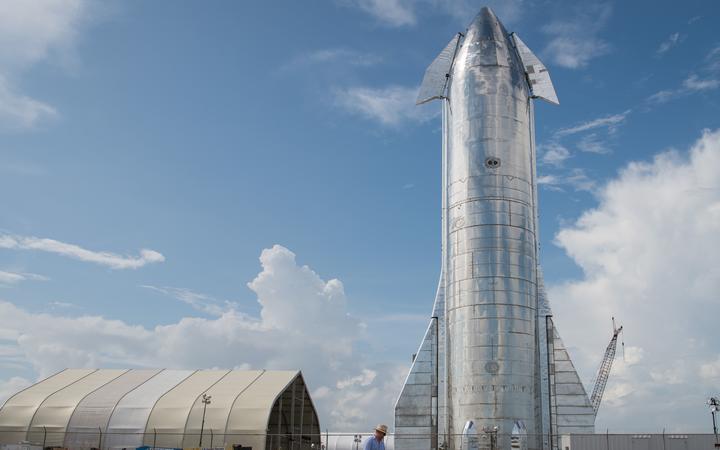 A prototype of SpaceX's Starship spacecraft is seen at the company's Texas launch facility in Boca Chica near Brownsville, Texas. Photo: AFP

He plans to use the new vehicles to send people to the Moon and Mars, and also to move them swiftly around the Earth.

The SpaceX CEO is in the process of building prototypes and plans to start flying them in the coming months.

The Mk1 version of his Starship would begin high-altitude tests in the next one to two months, he said.

"This is the most inspiring thing I've ever seen," the entrepreneur told an audience gathered at the company's Boca Chica, Texas, facility where the prototype has been assembled.

"So this thing is going to take off, fly to 65,000 feet, about 20km, and come back and land. So that giant thing, it's really going be pretty epic to see that thing take off and come back."

The 50m-tall Starship will eventually fly atop its booster, the Super Heavy.

A first test flight of this booster, carrying a Mk3 Starship, could go to orbit as early as next year, Mr Musk said.

Starship will use in-space propellant transfer to enable the delivery of over 100t of useful mass to the surface of the Moon or Mars pic.twitter.com/pzCUebidZg

Both parts of the system, which together would stand 118 metres tall on the launch pad, are being designed to be fully reusable, making propulsive landings at the end of their mission. 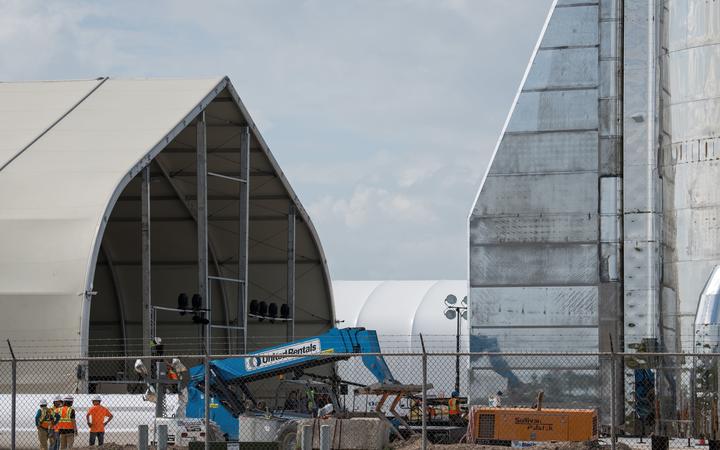 Workers talk near the base of a prototype. Photo: AFP

Mr Musk has given updates on the development of the new rocket system at regular intervals. He wants the future vehicles ultimately to replace his current fleet - the Falcon 9 and its bigger cousin, the Falcon Heavy.

He already has one customer on the books for a Starship flight - the Japanese billionaire Yusaku Maezawa, who wants to go around the Moon and back with a group of artists.

Three Raptors on a Starship pic.twitter.com/UrRiD62EVk

Speaking at the Boca Chica event, the CEO outlined his latest thinking on the use of materials, changes in aero surfaces and the progress being made with the methane-burning Raptor engine that will power both the Starship and the Super Heavy.

The SpaceX boss explained his switch to using steel over carbon fibre in building the Starship was in part down to cost. Steel is $US2500 ($NZ3900) per ton whereas carbon fibre is $130,000 per ton. The Starship will feature heat-resistant "glass" tiles in those areas likely to experience the highest temperatures during a descent back through the atmosphere. 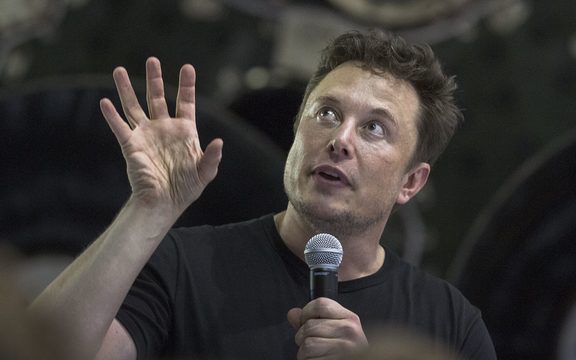 He also pointed to the four fins - two at the front, two at the rear - that will help control that re-entry; and to the Raptor engines. The Mk1 prototype has three, but operational versions will have six.

The Super Heavy booster, on the other hand, could have up to an extraordinary 37 Raptors all firing in unison.

Mr Musk will be using the Kennedy Space Centre in Florida for some launches, but Boca Chica also features in his flight plans.

This, he recognises, would mean considerable disruption for residents, and the SpaceX company is therefore trying to buy people out.

"We've made an offer to that effect," he said.

Mr Musk has been criticised in the past for obsessing about going to Mars when there are many issues that need attention here on Earth.

He told his audience that the problems on our planet were not a reason to stop looking outwards.

"There are many troubles in the world, of course, and these things are important and we need to solve them. But we also need things that make us excited to be alive, that make us glad to wake up in the morning and be fired up about the future, and to think, yeah, the future is going to be great. Space exploration is one of those things."