A sleek new American-built capsule with just a test dummy aboard docked smoothly with the International Space Station on Sunday in a big step toward putting the US back in the business of launching astronauts. 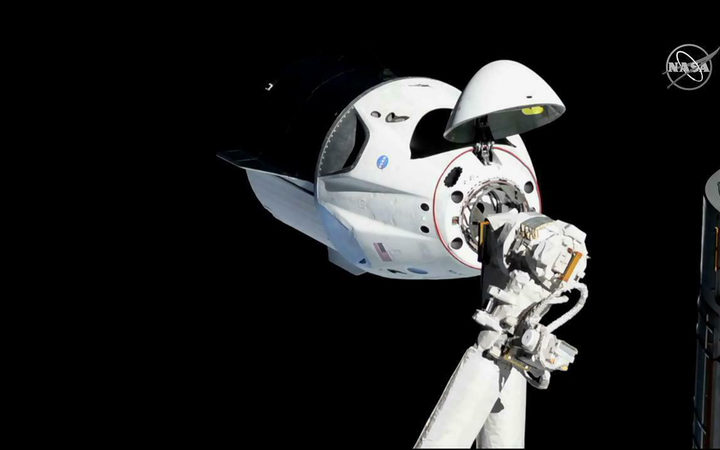 The white, bullet-shaped Dragon capsule, developed by Elon Musk's SpaceX company under contract to NASA, closed in on the orbiting station nearly 260 miles above the Pacific Ocean and, flying autonomously, linked up on its own, without the help of the robotic arm normally used to guide spacecraft into position.

Dragon is the first American-made spacecraft capable of carrying a crew to pull up to the space station in eight years.

If this six-day test flight goes well, a Dragon capsule could take two NASA astronauts to the orbiting outpost this summer.

"A new generation of space flight starts now with the arrival of @SpaceX's Crew Dragon to the @Space_Station," NASA Administrator Jim Bridenstine tweeted.

"Congratulations to all for this historic achievement getting us closer to flying American Astronauts on American rockets."

Ever since NASA retired the space shuttle in 2011, the US has been hitching rides to and from the space station aboard Russian Soyuz spacecraft. In the meantime, NASA is paying two companies - SpaceX and Boeing - to build and operate its next generation of rocket ships.

SpaceX's eight-metre-long capsule rocketed into orbit early Saturday from NASA's Kennedy Space Centre with an instrumented mannequin strapped into one of its four seats in a dashing, white-and-black, form-fitting SpaceX spacesuit. The test dummy was nicknamed Ripley after the main character in the "Alien" movies.

Ripley and the capsule are rigged with sensors to measure noise, vibration and stresses and monitor the life-support, propulsion and other critical systems. 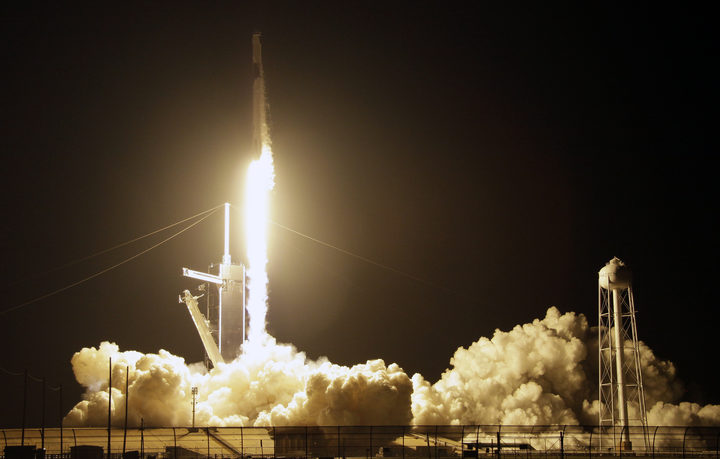 As the capsule closed in on the space station, its nose cap was wide open like a dragon's mouth to expose the docking mechanism. In a docking with a crew aboard, the capsule would likewise operate autonomously, though the astronauts may push a button or two and would be able to intervene if necessary.

The three US, Canadian and Russian crew members aboard the space station watched the rendezvous via TV cameras. Within hours, the capsule's hatch swung open and the three astronauts floated inside to remove supplies and take air samples, wearing oxygen masks and hoods until they got the all-clear.

Canadian astronaut David Saint-Jacques pronounced the docking flawless and called it "a beautiful thing to see."

"Welcome to the new era in space flight," he said.

Dragon will remain at the space station until Friday, when it will undock for an old-school, "Right Stuff"-style splashdown in the Atlantic, a few hundred miles off Florida. 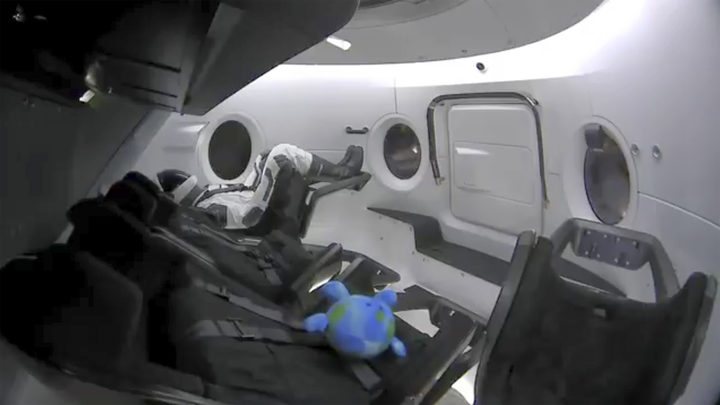 As part of Sunday's shakedown, the space station astronauts sent commands for Dragon to retreat and then move forward again, before the capsule closed in for good. SpaceX employees at company headquarters in Hawthorne, California, cheered the docking, then burst into applause again when the Dragon's latches were secured.

The two astronauts who are set to fly aboard Dragon as early as July - Doug Hurley and Bob Behnken - witnessed the Florida liftoff, then rushed to Southern California to watch Sunday's action.

"Just super excited to see it," Behnken said minutes after the link-up. "Just one more milestone that gets us ready for our flight coming up here."

Next up, though, is Boeing, which is looking to launch its Starliner capsule without a crew as early as April and with a crew possibly in August.

SpaceX already has made 16 trips to the space station using cargo Dragons. The version designed for crews is slightly bigger and safer.

It can carry as many as seven people and has three windows, emergency-abort engines that can pull the capsule to safety, and streamlined controls, with just 30 buttons and touch screens, compared with the space shuttle cockpit's 2000 switches and circuit breakers.