A US Food and Drug Administration advisory panel has recommended approving the first therapy for peanut allergies, despite concerns about the risk of severe allergic reactions it poses to young patients. 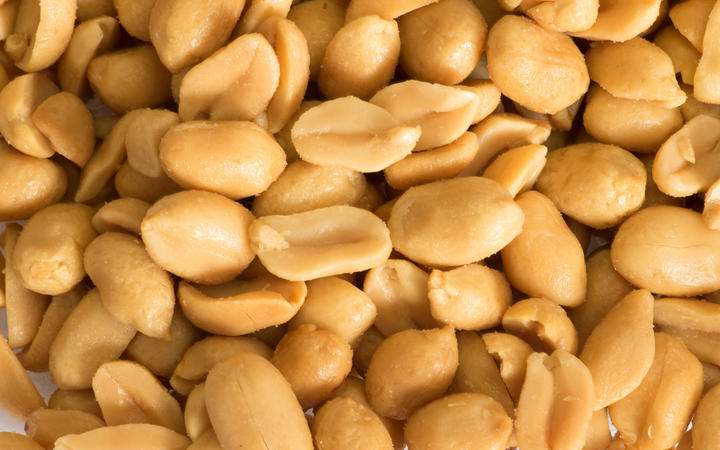 The body of independent advisers voted 7-2 in favor of effectiveness and 8-1 backing safety of the therapy Palforzia, developed by Aimmune Therapeutics Inc. The verdict of the panel is traditionally an influential factor in the agency's final decision.

Peanut allergies affect more than 1.6 million children and are the leading cause of death from food-induced allergic reactions in the United States. However, a lack of approved preventive treatments has left patients and caregivers desperate for options.

Palforzia, previously known as AR101, is an oral immunotherapy consisting of fixed doses of powdered peanut that is sprinkled over food daily.

While it does not aim to cure peanut allergy, the treatment's clinical trials have shown that patients consuming small doses of the substance to which they are allergic become desensitized over time, reducing the likelihood or severity of a reaction to it.

Aimmune says extended therapy will result in patients tolerating at least one peanut's worth of the protein which causes the anaphylactic reaction, protecting them from accidental consumption of the food.

Industry projections suggest that, if a number of treatments in development are approved, by 2027 the US peanut allergy therapy market could be worth $3.9 billion, with Aimmune capturing about two-thirds of that market, according to research firm GlobalData.

Patient advocacy groups have been keenly awaiting an FDA greenlight, which would offer the hope of relief to parents living in constant fear of their children being accidentally exposed.

While some allergy specialists in the United States provide non-approved versions of oral immununotherapy, analysts say Aimmune's more precisely dosed oral drug could bring in more than $1 billion in annual sales at its peak.

"It would be comforting for our community to have this option," Kenneth Mendez, who heads patient group Asthma and Allergy Foundation of America said.

However, some experts worry that the treatment might give patients a false sense of security and trigger risky behaviour. Others say it puts patients at unnecessary risk, because the very nature of the drug poses a risk of an allergic reaction.

Dr. Robert Wood, director of pediatric allergy and immunology at Johns Hopkins School of Medicine, says he believes the excitement will be tempered when patients realize what being on therapy involves.

"I will offer the treatment to all patients and recommend it to no one," he said.

FDA representative Sofia Chaudhry told the panel on Friday that the agency was still deciding on what safety restrictions to place on the drug.

"We do take a very conservative approach," she said.

If approved, Palforzia is expected to have a black box warning, the FDA's harshest, and strict restrictions requiring the therapy to be administered in a certified facility.

Aimmune hopes to win approval for use of Palforzia in patients aged four to 17 and said it is considering a list price range of between $3,000 and $20,000 a year.

"I think we'll be lower than in the middle (of that range)," chief executive officer Jayson Dallas said.

"Insurers will cover this. We've spoken to the insurers so far who cover about 70% of the lives of patients with peanut allergies."

The FDA is expected to make a decision on approval early next year.