UK Prime Minister Boris Johnson faces a showdown in Parliament later after No 10 officials warned he would call an election on 14 October if MPs support a bill to stop no deal. 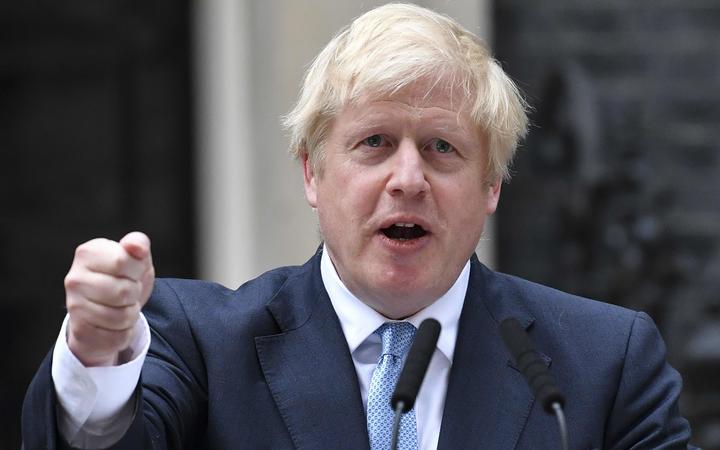 Ex-chancellor and Tory rebel Philip Hammond said he thought there was enough support for the bill to pass.

He said the PM was making "no progress" on getting a Brexit deal, saying there were "no substantive negotiations".

Mr Johnson said he did not want an election, but progress with the EU would be "impossible" if the MPs win.

Meanwhile, Jeremy Corbyn said the Labour Party was ready for a general election.

But shadow Northern Ireland secretary Tony Lloyd later said Labour would vote against any government plans to hold a general election before the UK is due to leave the EU on 31 October.

He said Labour "will not have Boris Johnson dictate the terms of an election that crashes this country out with no deal".

A number of MPs have come together across party political lines in a fresh bid to stop a no-deal Brexit, after Mr Johnson vowed to leave the EU with or without a deal on 31 October.

When Parliament returns on Tuesday afternoon after recess, they are expected to put forward legislation under Standing Order 24 - a rule that allows urgent debates to be heard.

The bill would force the prime minister to ask for Brexit to be delayed until 31 January, unless MPs had approved a new deal, or voted in favour of a no-deal exit, by 19 October.

Mr Hammond told BBC Radio 4's Today that he believed "there will be enough people for us to get this over the line today" and called it "rank hypocrisy" for Downing Street to have threatened rebel MPs with expulsion from the party and deselection.

The former chancellor, who was reselected by his local Conservative Party Association on Monday to stand as its candidate in the next election, said he did not believe Number 10 had the power to deselect him.

"There will be the fight of a lifetime if they do," he said.

"This is my party. I have been a member of my party for 45 years, I am going to defend my party against incomers, entryists who are trying to turn it from a broad church into a narrow faction."

Mr Hammond said he will not support a motion to dissolve Parliament for a general election until the bill to stop no deal has been passed.

In a televised announcement on Monday, Mr Johnson insisted he could achieve changes to the UK's current Brexit deal at an EU summit on 17 October.

But he said that if MPs voted to block the option of a no-deal Brexit they would "plainly chop the legs out from under the UK position" when he is negotiating.

Conservative MP Justine Greening, who is also planning to vote in favour of the cross-party legislation, has said she will not stand as a Conservative candidate at the next election.

The MP for Putney told BBC Radio 4's Today programme she wanted to "focus on making a difference on the ground on social mobility" and could do that "better" from outside Parliament.

Ms Greening, whose constituency voted to Remain, accused Mr Johnson of offering voters a "messy" general election that forces them to choose between "no deal or Jeremy Corbyn".

But Foreign Secretary Dominic Raab told Today that he did not want Tory rebels to feel pushed out of the party, adding: "We do need to focus our minds on the reality of this crucial crossroads week for the country - we want to get out of this Brexit rut we've been in for three years."

He urged MPs to vote against the bill and said: "We want a deal, we don't want an election." 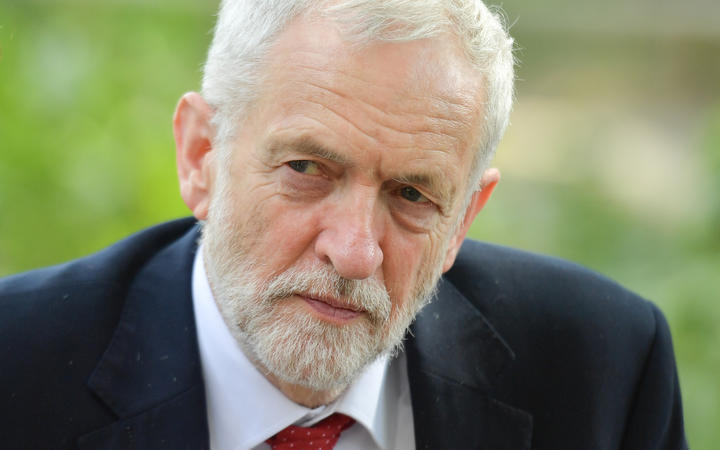 Mr Corbyn vowed to "take the fight to the Tories" in a general election and insisted the Labour Party was ready.

But his shadow cabinet colleague Tony Lloyd told Newsnight that Labour would not "fall for Boris Johnson's trick" by agreeing to a general election before 31 October.

"We are not daft enough to see a tactic dictated by PM Johnson which is designed to land us with a no-deal Brexit and to fall for that," he said.

He said the focus at the moment was on "building all-party consensus to stop a no-deal Brexit".

Also speaking on Newsnight, Labour backbencher Mary Creagh said her understanding from speaking to senior members of the Labour Party was that the party would not support a vote for a general election that takes place before 31 October.

Under the Fixed-term Parliaments Act, Mr Johnson would require the backing of two-thirds of the UK's 650 MPs to trigger a poll in the autumn.

Meanwhile, in Edinburgh, a judge is due to hear arguments over the prime minister's plan to shut down the UK parliament.

The prime minister wants to suspend Parliament for five weeks ahead of a Queen's Speech on 14 October.

A cross-party group of parliamentarians wants a ruling at the Court of Session that Mr Johnson is acting illegally.