Opinion - Well it isn't quite as dramatic as that. But the prorogation - or suspension - of the Westminster Parliament (approved by Her Majesty, no doubt over the best china tea service) - whilst not illegal and usual in the autumn - is in the present circumstances at least provocative. It is the longest prorogation in decades. 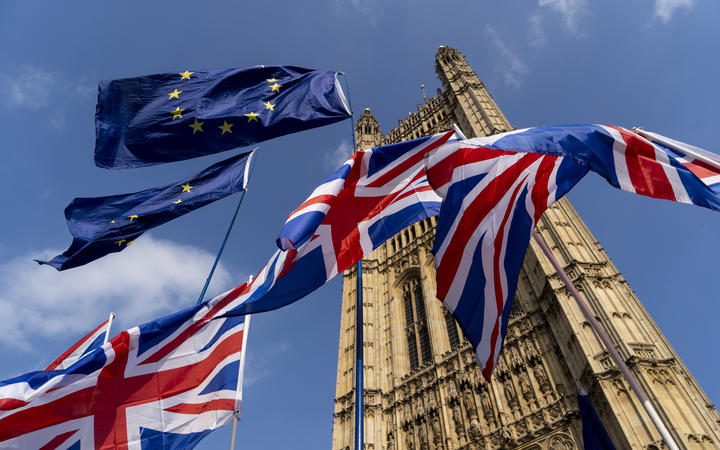 The Union Jack and EU fags flutter outside the Houses of Parliament in Westminster, London. Photo: AFP

Johnson himself claims his action is to enable his government to present its policies on matters such as education, law and order and health spending in a Queen's Speech. Inevitably his pomposity and smirking appearance making the announcement means few will believe him. His decision is likely to be challenged in the courts by MPs and others.

With Prime Minister Johnson's October 31st deadline of leaving the EU with or without a "deal", the reassembly of Parliament on the 14th October leaves only a limited time for opposition MPs to produce legislation to stop a "no deal" exit. It is clear the Speaker of the Commons - who was not consulted by Johnson on this timetable - would assist MPs in their opposition to a "no deal".

When Parliament reassembles next week before being pro-rogued the options open to oppose are really limited. A no confidence motion in the government might succeed but only if sufficient Conservative MPs are prepared to bring down the Johnson government and probably be de-selected as Conservative candidates in an ensuing election. Or if selected again lose their seats.

And only if the Labour opposition can determine its (up to now) confused policy on Brexit and reach agreement with other opposition parties. The Liberals, and Scottish and Welsh Nationalists and the Greens along with a few now-Independent MPs present a more coherent picture but do not constitute anywhere near enough by themselves. 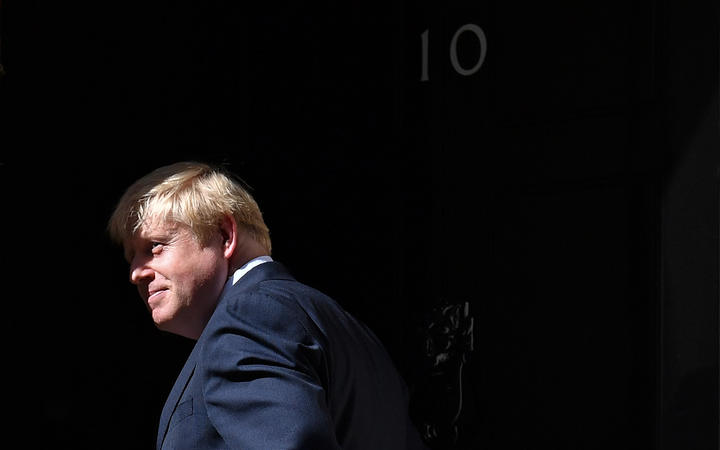 If a no confidence vote succeeded then there might be a remote possibility of the Leader of the Opposition Jeremy Corbyn forming some sort of temporary government. Highly unlikely: He is far from a flavour of any month. But just suppose. Veteran Conservative MP Ken Clarke (ex-Chancellor and pro-European) has offered his services in that role. He has a certain gravitas and humour.

The options then are just as obscure. Would such a government ask the EU for more time to re-negotiate by revoking Article 50? There would certainly have to be an election.

Where would the parties stand then? Would there be a clear winner? Nigel Farage's Brexit Party would attempt to arrange tactical voting with the Conservatives and a number of usually Labour voting, Brexit-favouring seats might be on the line. Scotland might see the regaining of 100 percent of its Parliamentary seats back to the Scottish Nationalists, a significant step towards a further independence referendum. In Northern Ireland the Conservatives current 19th century political partners the Democratic Unionist Party might face defeat. They are a minority on the Brexit front in any case. A small step toward the unification of Ireland?

And what of the EU? Dismay at the staggering ineptitude of the oldest democracy in Europe is most commonly reflected in the European media. The third PM in the UK in three years and still no consensus. A Parliament that rejected three times the painstakingly negotiated deal with the EU by the last prime minister.

The EU is obliged to wait on events and ask the UK as it has over the last three years to be clear about what it wants and then discuss what it can reasonably expect, given the EU is a body of 27 nations with political and economic shared interests and not the local golf club.

On October 17th, assuming the departure deadline of 31st October holds, Boris Johnson will be at a summit with the EU to discuss what it is he has negotiated. Or thinks he has or indeed - and different again - says he has. Parliament will then have the fortnight or less between his summit and the 31st to have their say.

Everything is still to play for.