Argentina has imposed currency controls in a bid to stabilise markets as the country faces a deepening financial crisis. 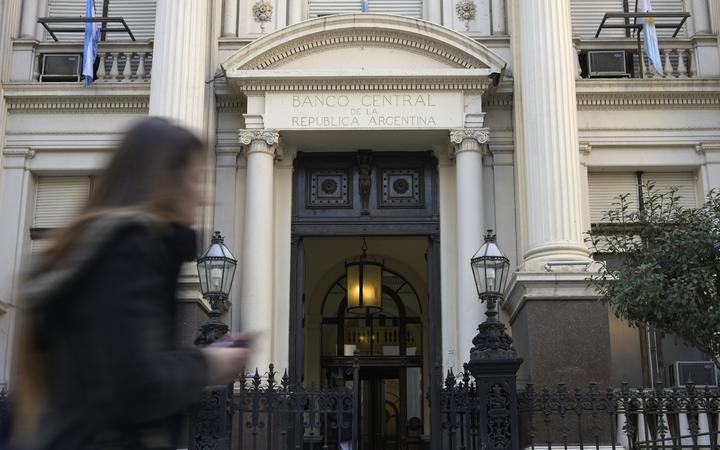 The government will restrict foreign currency purchases following a sharp drop in the value of the peso.

Firms will have to seek central bank permission to sell pesos to buy foreign currency and to make transfers abroad.

Argentina is also seeking to defer debt payments to the International Monetary Fund (IMF) to deal with the crisis.

What has the government said?

In an official bulletin issued on Sunday, the government said that it was necessary to adopt "a series of extraordinary measures to ensure the normal functioning of the economy, to sustain the level of activity and employment and protect the consumers".

The central bank said the measures were necessary to "maintain currency stability".

It also said that while individuals can continue to buy US dollars, they will need to seek permission to purchase more than $US10,000 ($15,853) a month.

What triggered the current crisis?

Argentina has been struggling with a financial crisis, which was exacerbated by the president's defeat in a recent primary poll.

The peso fell to a record low last month after the vote showed that the business-friendly government of President Mauricio Macri is likely to be ousted in elections in October.

Mr Macri was elected in 2015 on promises to boost Argentina's economy with a raft of liberal economic reforms.

But the country is in a deep recession. It has one of the world's highest inflation rates, running at 22 percent during the first half of the year.

Argentina's economy contracted by 5.8 percent in the first quarter of 2019, after shrinking 2.5 percent last year. Three million people have fallen into poverty over the past year.

How is the move likely to be received?

Ordinary Argentines have traditionally had little faith in their own currency, preferring to convert their spare pesos into dollars as soon as they can.

They don't trust financial institutions much either, so they resort to what is locally known as the "colchón bank" - that is, stuffing their dollars under the mattress.

Anecdotal stories abound of people keeping money buried in the garden, hidden in the walls or even stuffed in heating systems - occasionally with disastrous consequences if there is an unexpected cold snap.

When you consider Argentina's history of rampant inflation and currency volatility, they arguably have a point.

But it does mean that any restrictions on people's ability to buy dollars have an enormous psychological impact.

The $US10,000 ceiling for dollar transactions is certainly generous in comparison with past actions.

People still have bad memories of the "corralito", imposed in 2001, which stopped all withdrawals of dollars from bank accounts for a whole year.

The only serious attempt to wean Argentines off their dollar dependency dates back to the 1990s under President Carlos Menem, when the peso's value was fixed by law at parity with the dollar.

But that put the financial system under severe strain, leading to the economic meltdown of 2001-02.

The country is struggling to stave off its fifth debt default in 30 years.

Last week, it said it would seek to restructure its debt with the IMF by extending its maturity. This would give the country more time to pay back the money it owes to the IMF.

Rating agencies, including Standard & Poor's and Fitch, decided that amounted to a default and downgraded the country's credit ratings.

Whatever happens in Argentina, the risk of financial contagion is low, say analysts.

Even in the rest of Latin America, markets are unlikely to suffer. The US-China trade war and the slowdown in global growth are much more of a threat.