German President Frank-Walter Steinmeier has asked Poland's forgiveness for Nazi "tyranny", 80 years on from the start of World War II. 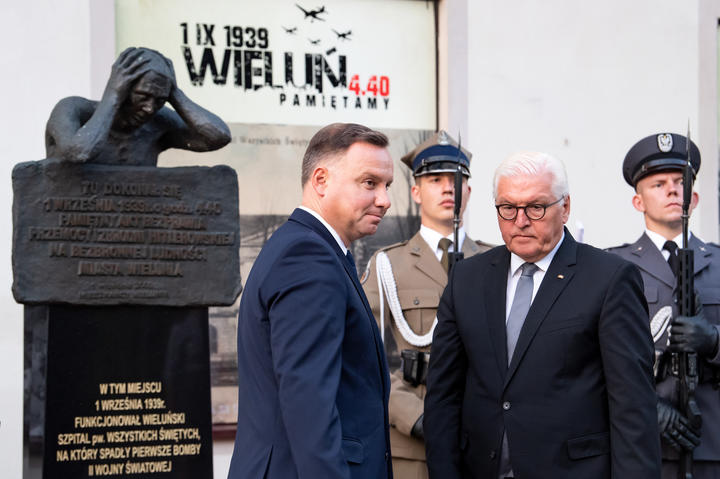 Mr Steinmeier and other world leaders are in Poland to commemorate the outbreak of the conflict.

Early on Sunday, a ceremony was held in the Polish city of Wielun, where the first German bombs fell.

Mr Steinmeier condemned the "desire to annihilate" that led to the attack.

"I bow my head before the Polish victims of Germany's tyranny. And I ask forgiveness," Mr Steinmeier said, speaking in German and Polish.

Mr Steinmeier spoke alongside his Polish counterpart, Andrzej Duda, who denounced Nazi Germany's attack on Poland as "an act of barbarity".

At the ceremony, which began shortly after 04:00 local time, a minute's silence was observed in memory of the victims.

"Wielun was to show what kind of war it would be, that it would be a total war, a war without rules, a destructive war," Mr Duda said.

Later on Sunday, other world leaders, including German Chancellor Angela Merkel and US Vice-President Mike Pence, will gather for a ceremony in the Polish capital, Warsaw.

Poland suffered some of the worst losses of World War II: about 6 million of its citizens were killed.

Eighty years on, Poland is still demanding compensation from Germany for the death and destruction inflicted.

Recent calls for reparations by Polish Prime Minister Mateusz Morawiecki, whose governing Law and Justice (PiS) party has been accused of fanning nationalist sentiment, has fuelled tensions with Germany.

A Polish parliamentary committee is still assessing the amount of compensation, but Germany argues the matter is settled.

How did World War II start?

At dawn on 1 September 1939, the German Luftwaffe (air force) bombarded the city of Wielun, a town with no military significance. Thousands of people are estimated to have died in the bombings, designed to sow terror among the civilian population.

When the ultimatum was ignored, Britain and France declared war on Germany on 3 September, igniting a six-year conflict that would kill tens of millions of people. 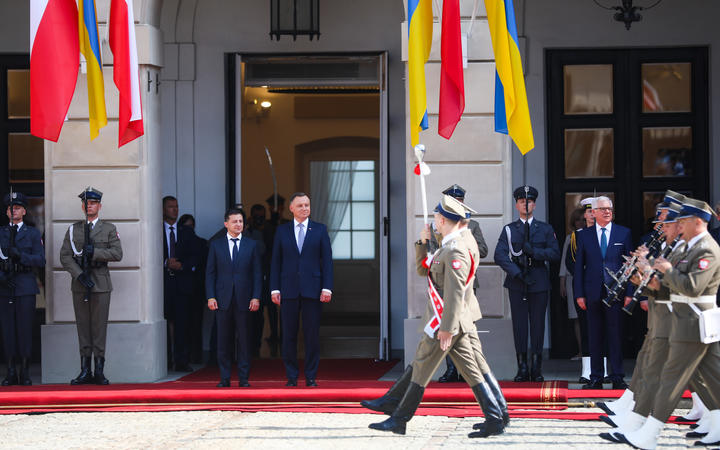 How is the anniversary being marked?

Aside from the ceremony in Wielun, commemorative events are also being held in Warsaw and the former military post of Westerplatte.

Later on Sunday, Mr Steinmeier, Mr Duda and Mr Pence will deliver speeches at the ceremony in Warsaw's Pilsudski Square, the site of the Tomb of the Unknown Soldier.

Major world leaders such as US President Donald Trump, who is busy dealing with preparations for Hurricane Dorian, France's Emmanuel Macron and British Prime Minister Boris Johnson will not be present.

The commemorations will be attended by around 40 foreign delegations, according to the Polish presidency.