A white man in his 30s killed four people and wounded 21 others in a gun rampage between the Texan cities of Midland and Odessa that ended when he was killed by officers. 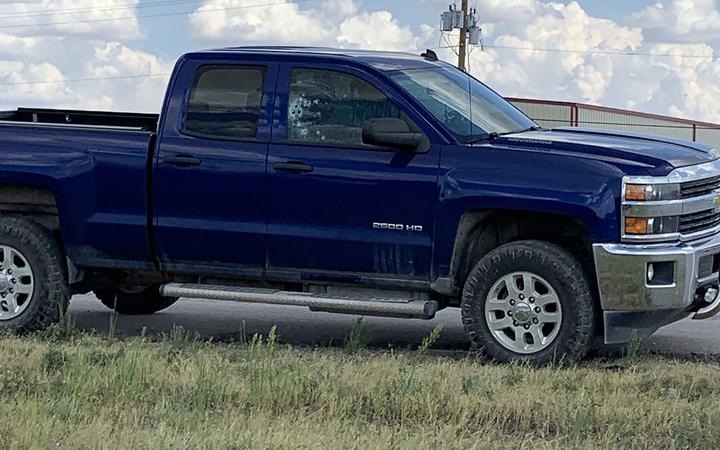 A vehicle that was hit by bullets while on the highway between Midland and Odessa. Photo: AFP

The suspect hijacked a postal van and opened fire on police officers, motorists and shoppers on a busy Labour Day holiday weekend before being shot dead outside a multiplex cinema complex in Odessa, police said.

Authorities originally thought there were two shooters driving two vehicles, but Odessa police chief Michael Gerke told a news conference today that he believed there was only one.

The gunman was heading from Midland to Odessa on Interstate 20 when he was stopped at 3.17 pm local time, Mr Gerke said. He shot the police officer, took off west on I-20 and then exited at Odessa. There he drove to a Home Depot store and opened fire on passersby.

"At some point the suspect stole a mail truck and ditched his car," Mr Gerke said. He drove the mail truck back east, pursued by police, before crashing into a stationary vehicle behind the Odessa Cinergy multiplex complex, where he engaged in a gun battle with police and was shot dead, Mr Gerke said.

Video shown by a local CBS affiliate showed the white postal van crashing into a vehicle at high speed outside the movie theatre complex before the man believed to be the shooter was swarmed by police. Screaming theatre-goers ran from the complex.

Mr Gerke said the suspect was known to him but declined to comment on a motive for the shootings.

The Medical Centre Hospital in Odessa took in 13 victims, including one who died, the hospital's director, Russell Tippin, told reporters. Seven were in critical condition, two serious, and two were treated and released. One "paediatric patient" under the age of 2 was transferred to another facility, he said.

"Grab onto your loved ones, pray for this town, stop and give your prayers for the victims," Mr Tippin said.

Midland Mayor Jerry Morales said hundreds of people were enjoying the holiday weekend inside the Cinergy complex when the gunman was confronted by officers who boxed in his vehicle in the parking lot before shots were exchanged.

He said the suspect used a rifle to shoot the Texas Department of Public Safety officer who had stopped his vehicle, but did not know any more details about the weapon.

Mr Morales said three police officers - one from Midland, one from Odessa and the Department of Public Safety officer - were wounded by gunfire. At one point, Midland police barricaded the highway to stop the suspect leaving Odessa, about 32km away in the Permian oil boom area of West Texas.

"It was very chaotic," Mr Morales said. "There were rumours flying that the shooter was at shopping malls, the movie theatre."

Retail stores, a shopping mall and the University of Texas Permian Basin were locked down as rumours spread of the shootings and sightings, he said.

At one point armed police ran through the Music City Mall in Odessa, forcing anchors for television station CBS 7, located inside, to duck off-screen as the building went into lockdown.

Today's shooting came after 22 people were killed at a Walmart store about 370km west of Midland in the city of El Paso, Texas on 3 August. 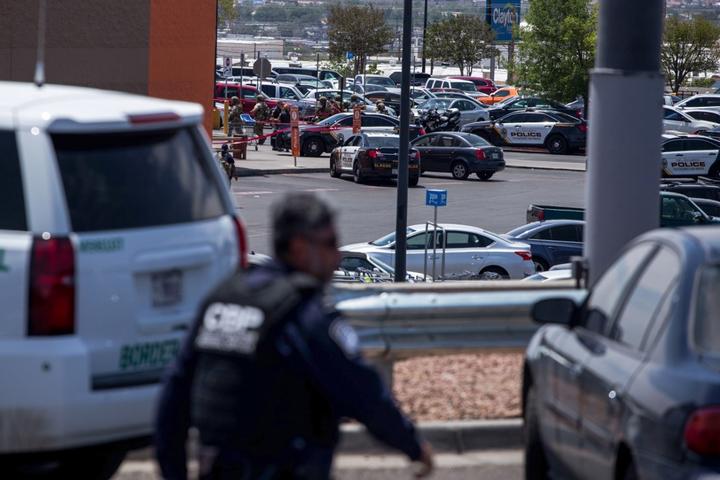 The scene in El Paso when 22 people were killed four weeks ago. Photo: AFP