Argentina is expected to announce a raft of spending cuts on Tuesday, in an attempt to contain the country's acute currency crisis. 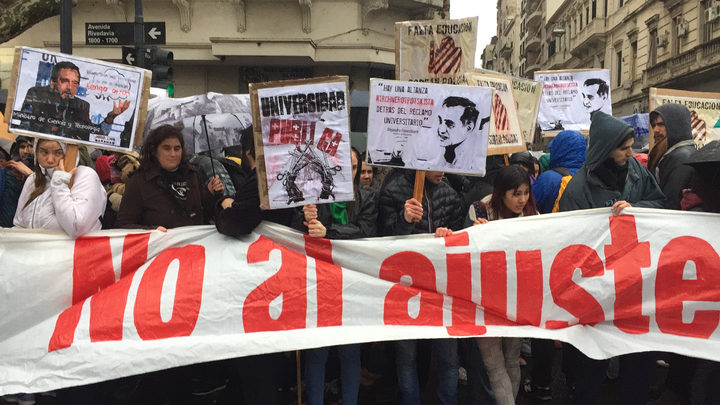 Demonstrators march in Buenos Aires for an increase teachers' salary, and against budget cuts in Argentine public universities, during a strike on August 30, 2018. Photo: AFP

The peso has lost roughly half its value this year, despite the central bank's effort to stabilise it by raising a key interest rate to 60 percent.

Around 10 government ministries are likely to be axed as a result, according to media reports.

The measures come as Argentina's finance minister, Nicolas Dujovne, prepares to travel to Washington on Wednesday to meet with the head of the International Monetary Fund (IMF), Christine Lagarde.

In June, Argentina was forced to secure a $US50 billion loan from the IMF - an organisation still widely loathed in the country for its perceived role in the country's 2001 economic crisis. 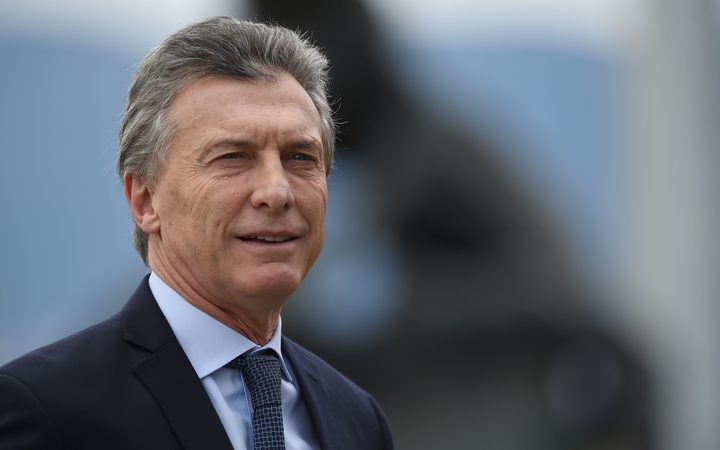 The government said the move was necessary to reassure international investors, after a decrease in farm exports, higher energy prices and a stronger dollar had prompted many to pull funds from the country.

A sudden weakening of the the peso followed.

Mr Dujovne's goal is to finalise a deal that would quicken IMF payments to Argentina.

The IMF has asked the country to tackle its large fiscal deficit - a goal usually achieved by reducing government spending.

Argentina has been plagued by economic issues for years, and Mr Macri, who was elected three years ago, pledged to reverse years of protectionism under his predecessor, Cristina Fernandez de Kirchner.

Her government, which was in power from 2007 until 2015, nationalised companies and subsidised many everyday goods and services, ranging from utilities to football transmissions on television.

Despite rampant inflation, the IMF said last month it expected Argentina's economy to stabilise by the end of the year and a gradual recovery to begin in 2019.