At least 10 people have been killed in a suicide bombing in Kunduz in northern Afghanistan, after the Taliban launched a fierce battle for the city. 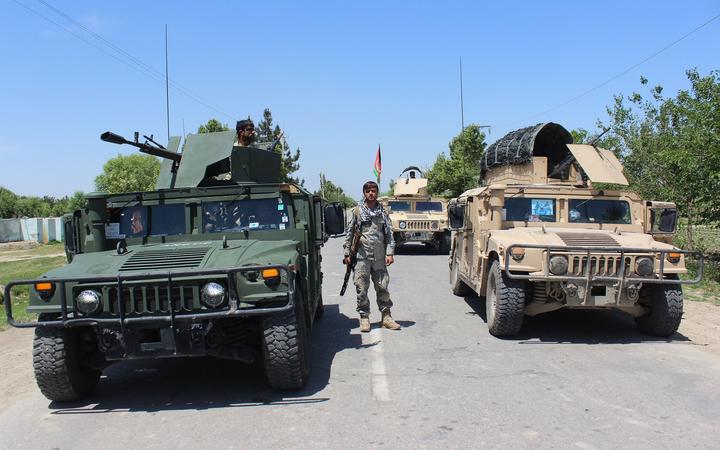 Afghan security personnel keep watch during fighting between Taliban militants and Afghan forces in Kunduz in May 2017 Photo: AFP

The government says its air strikes have slowed down the militants, but reports say the fighters have not retreated from their positions.

But the militants have not retreated from their positions, reports say.

The fighting comes in the midst of historic negotiations for a deal between the Taliban and the United States.

Gunfire could be heard across the city, where electricity and most telephone services had been cut.

The Taliban said they had captured several important buildings while officials said the city was still under government control.

The attack shows the Taliban "don't believe in the peace opportunity provided by the US and the government of Afghanistan", presidential spokesman Sediq Sediqqi said on Twitter.

The militants have captured Kunduz twice since 2015.

After an attack in September 2015, the militants managed to hold the city for two weeks.

The peace talks between the Taliban and the US aim to bring a nearly 18-year conflict to an end. A deal would see a phased US troop pullout in exchange for Taliban guarantees that Afghanistan will not be used by extremist groups to attack American targets.

The Taliban would also begin negotiations with an Afghan delegation on a framework for peace including an eventual ceasefire. The militants have been refusing to negotiate with the Afghan government until a timetable for the US withdrawal is agreed upon.

The Taliban now control more territory than at any point since they were toppled from power in 2001.