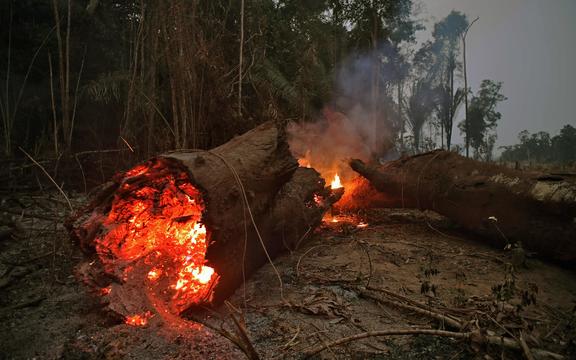 Brazil says it is ready to accept foreign aid to help fight fires in the Amazon but only if it could determine how the funds were spent, in an apparent attempt to smooth over a public spat between the Brazilian and French presidents.

The comments by presidential spokesperson Rego Barros came after governors of states in the Brazilian Amazon told President Jair Bolsonaro that they desperately needed the money to help fight the record wildfires in the world's largest tropical rainforest.

"The Brazilian government, through its president, is open to receiving financial support from organizations and countries. This money, when it enters the country, will have the total governance of the Brazilian people," Mr Barros said.

Separately, a diplomatic source in Brasilia told Reuters the Brazilian government had also accepted £10 million ($NZ19.3) from Britain to fight the fires. Mr Bolsonaro's press office was not immediately available to comment on the information.

Earlier, Mr Bolsonaro had said he would only consider accepting a $20m offer of aid from the G7 if French President Emmanuel Macron withdrew the "insults" against him.

Mr Bolsonaro and Mr Macron have been embroiled in a deeply personal and public war of words in recent days, with Mr Bolsonaro mocking Mr Macron's wife and accusing the French leader of disrespecting Brazil's sovereignty. Mr Macron has called Mr Bolsonaro a liar and said Brazilian women are "probably ashamed" of him.

Brazil's president is finding himself increasingly isolated on the global stage over his response to the blazes, which threaten what many view as a key bulwark against global climate change.

Purdue Pharma, the opioid drug-maker owned by the billionaire Sackler family, is reported to be offering between $10 billion and $12 billion to settle thousands of lawsuits against it.

The firm is facing over 2000 lawsuits linked to its painkiller OxyContin.

Purdue said it was "actively working" towards a "global resolution" but would not comment on the amount.

NBC, which first reported the news, said the settlement would involve the Sacklers giving up ownership of Purdue.

The firm said in a statement: "While Purdue Pharma is prepared to defend itself vigorously in the opioid litigation, the company has made clear that it sees little good coming from years of wasteful litigation and appeals.

"Purdue believes a constructive global resolution is the best path forward, and the company is actively working with the state attorneys general and other plaintiffs to achieve this outcome."

Purdue is one of 22 opioid makers, distributors and pharmacies named in more than 2000 cases which are due to go to trial in October.

The cases, which have been bought by states, cities and counties, allege the company used deceptive practices to sell opioids and is responsible for fuelling an opioid addiction crisis in the US.

On average, 130 Americans die from an opioid overdose every day, according to the US Centers for Disease Control and Prevention. 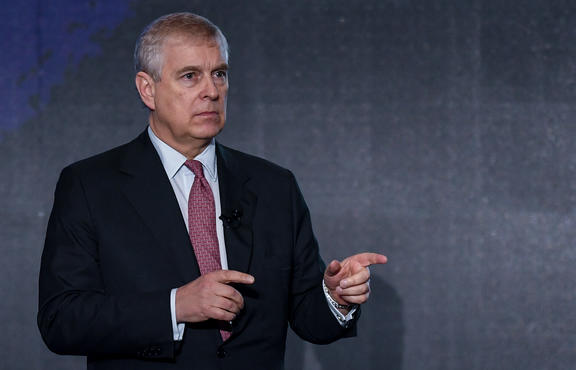 A woman who accused the late financier Jeffrey Epstein of sex abuse and alleged she was forced to have sex with Prince Andrew as a 17-year-old has urged the UK royal to "come clean".

Speaking after a hearing for alleged victims in the wake of Epstein's death, Virginia Giuffre told reporters the prince "knows what he's done".

The Duke of York denies the accusation.

Epstein killed himself in his prison cell this month while awaiting trial on sex trafficking and conspiracy charges.

About 15 plaintiffs were given an opportunity to speak at the New York City court hearing that brings an end to the criminal case - which is now closed because of Epstein's death.

The women spoke of their anger, saying Epstein had cheated justice by taking his own life.

Prosecutors said the investigation was ongoing and charges could still be brought against any co-conspirators. 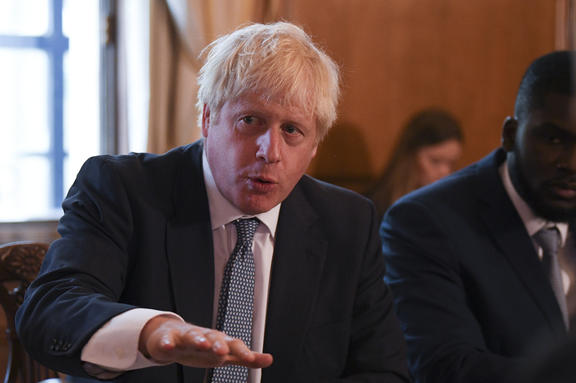 UK opposition parties said they would try to pass a law which would force Prime Minister Boris Johnson to seek a delay to Britain's departure from the European Union and prevent a potentially chaotic no-deal exit at the end of October.

The United Kingdom is heading towards a constitutional crisis at home and a showdown with the EU as Mr Johnson has pledged to leave the bloc in 66 days without a deal, unless Brussels agrees to renegotiate the Brexit divorce.

The sticking point is the Irish backstop, an insurance policy to prevent the return of a hard border between Ireland and Northern Ireland.

Mr Johnson told European Commission President Jean-Claude Juncker this week there was no prospect of a deal unless the backstop was abolished.

The UK Parliament returns from its summer break next week and is preparing for a battle with Mr Johnson.

Labour Party leader Jeremy Corbyn hosted talks with opposition parties where they agreed that passing a law to force the government to seek a delay to Britain's EU departure would probably have the most support.

"We are going to come together and do the right thing by our country," said Anna Soubry, leader of The Independent Group for Change party. "We are up against a prime minister who has no mandate for this and I think he has no regard for Parliament."

The opposition parties are seeking to repeat what they did earlier this year when lawmakers seized control of the parliamentary agenda to pass a law forcing Mr Johnson's predecessor Theresa May to seek an extension to Britain's EU membership.

They also managed to change legislation to require parliament to be sitting for several days in September and October, making it harder for Johnson to shut down parliament to pursue a no-deal, something he has not ruled out doing.

Australian universities will be required to work with security agencies to ensure they guard against undue foreign interference, the country's eduation minister, Dan Tehan, announced today.

Foreign students are worth about $35 billion a year to the Australian economy, with Chinese students accounting for about a third of that figure, but after a spate of cyber-attacks and fears that China could influence research and students, Mr Tehan said a task-force of university representatives and security agencies would be set up.

"Universities are an attractive target given their research across a range of fields and the intellectual property this research generates," Tehan said in a speech in Canberra.

The task-force would ensure universities had sufficient cyber defences, he said.

In June, the Australian National University said hackers had in 2018 breached its cyber defences to obtain sensitive data, including students' bank account numbers and passport details, going back 19 years.

Australia has not identified the culprits behind that attack.

The task-force would also ensure academic research and students are free from any undue influence, Mr Tehan said.

This month, Australia's most populous state said it was scrapping a Chinese-funded education program that teaches Mandarin in several universities amid fears of foreign influence. Tension between the two countries was exacerbated again yesterday with confirmation of the arrest in China of a Chinese-born Australian writer on suspicion of espionage.

Torrential rains caused floods and landslides on the southern Japanese island of Kyushu on Wednesday, killing at least two people and prompting authorities to issue a rare emergency warning and evacuation orders for nearly 850,000 people.

One man was killed when his car was washed away in Saga prefecture, where some areas were hit by more than 100mm of rainfall in an hour.

Another man in Fukuoka prefecture died after being swept away as he got out of his car, media said. A woman in Saga was found without vital signs after her car fell into a waterway.

The Ground Self Defense Force - Japan's military - said it had deployed about 100 troops for disaster relief after a request from Saga prefecture.

Public transportation and businesses were affected.