A prisoner is on the loose after escaping from custody at Port Macquarie Base Hospital on the New South Wales Mid North Coast. 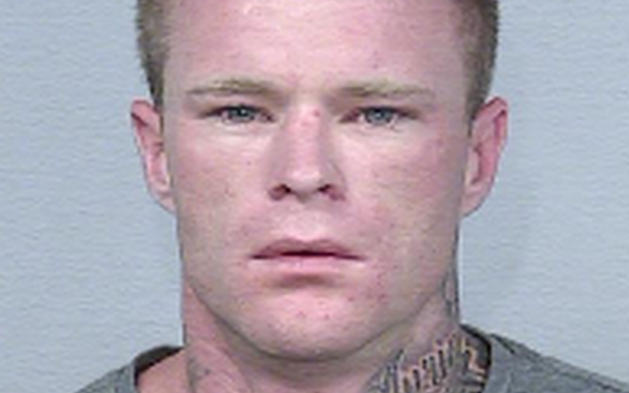 Prisoner Matthew Furner, 28, was being treated about 8am when he escaped, with a guard firing a warning shot during the incident.

The hospital was in lockdown this morning following the incident, and police are urging the community to avoid the area and not approach the man if he is spotted.

A manhunt for Furner has been suspended after a widespread search of the area.

Furner, who was wearing prison greens, was last seen running down the Oxley Highway near Lake Road.

He is described as 180 centimetres tall, with a slim build, shaved head and a rat's tail.

Detective chief inspector Guy Flaherty said the shot was fired in the bushland area away from the hospital.

"The circumstances of that will be reviewed by both police and corrective services," he said.

"I understand the two security guards, or the two corrective services guards were with [him] at all times and it was only during a time of bathing and using toilet facilities that he has fled."

The ABC understands he was not wearing handcuffs at the time.

The Health Services Union spokesperson said a nurse at the hospital suffered injuries after being assaulted during the escape and the situation was "unacceptable".

It is understood Furner was a prisoner at the Mid North Coast Correctional Centre, in West Kempsey, about 25km from the hospital and the Port Macquarie town.

Furner stayed in the hospital on Saturday night and was in the process of being discharged while under guard when he escaped.