A pair of male king penguins at Berlin Zoo are about to become parents, by adopting an egg abandoned by its mother. 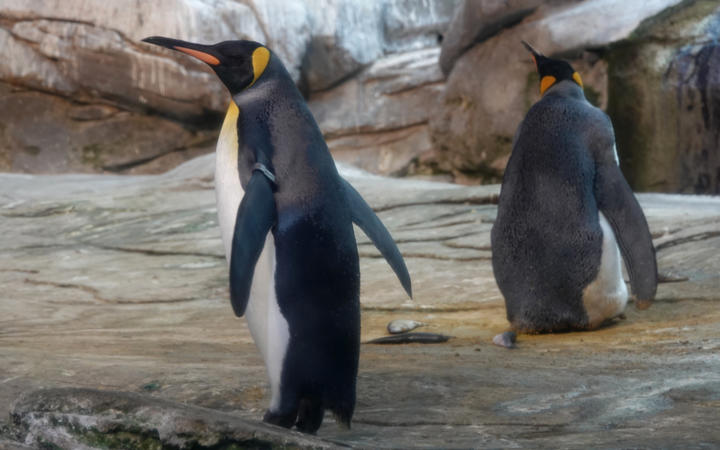 Skipper and Ping in their zoo enclosure. Photo: AFP

Zookeepers said it became clear the male king penguins were a couple within weeks of their arrival from Hamburg this year as they displayed partnership rituals.

Ten-year-old Skipper and Ping soon began displaying their instincts as nurturers by trying to hatch stones and even fish, a zoo spokesman said.

Their encounter with the real thing came last month after a king penguin mother abandoned an egg.

"We just had to put the egg in front of one of them, and he knew just what to do," zoo spokesman Maximilian Jager told the New York Times.

"We are sure they would be good parents because they were so nice to their stone."

Zookeeper Norbert Zahmel said as soon as the egg was presented to them, the couple sprung into action knowing exactly what to do for their prospective child.

While same-sex penguin couples are not uncommon, raising young together is much rarer.

"This is the first time we have tried to have a same-sex penguin couple incubate an egg," keeper Norbert Zahmel said.

"Both are looking after the egg in an exemplary manner," he told local newspaper BZ.

If things continue to go well and the egg proves to be fertile, Skipper and Ping should become parents by early September.