The clergy at a cathedral has been accused of being unprofessional and "poisoning the medicine" a church offers by installing a fairground ride. 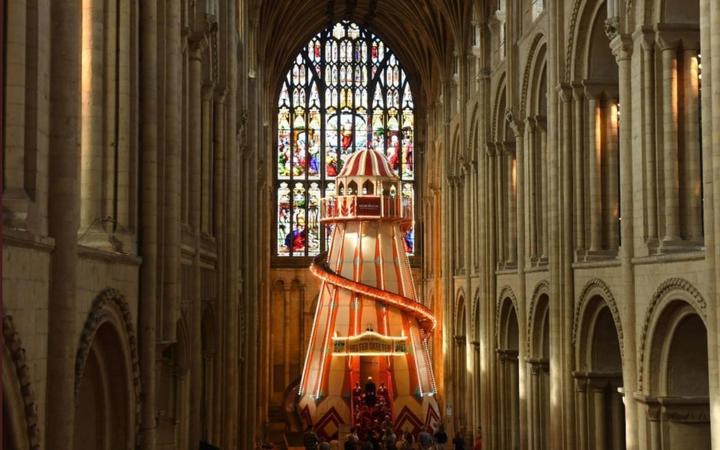 A full-size helter skelter has been put in the nave of Norwich Cathedral to give people a different view of the inside of the building.

The Right Reverend Dr Gavin Ashenden, former chaplain to the Queen, said the cathedral had made a "mistake".

The cathedral said it was a creative way to share the story of the Bible.

It took four people two days to build the 16.7-metre fairground ride in the Norman cathedral.

The cathedral said it allowed people to stand close to its medieval roof, believed to be the largest display of its kind in the world. 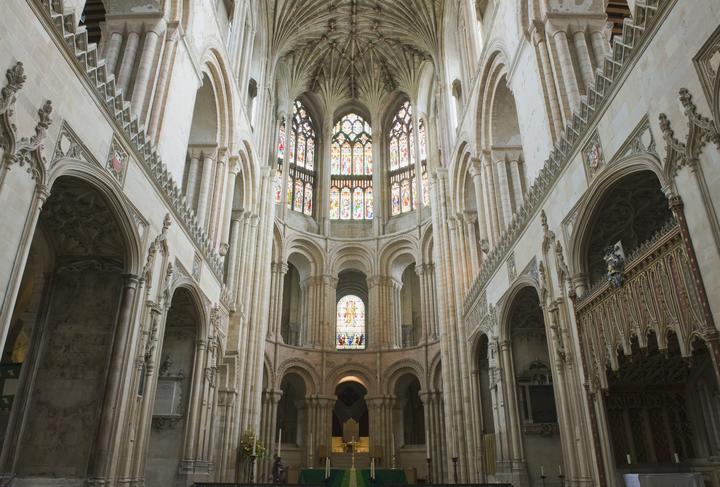 The interior of the cathedral before its controversial addition. Photo: AFP

Dr Ashenden, Missionary Bishop for the Christian Episcopal Church, said the clergy at Norwich Cathedral had been "unprofessional" and were "making a mistake about what a cathedral is good for".

He said there was no evidence that tourists become Christians and "just to put in entertainment is naff".

"For such a place, steeped in mystery and marvel to buy in to sensory pleasure and distraction, is to poison the very medicine it offers the human soul," he said.

The Reverend Canon Andy Bryant, from Norwich Cathedral, said he could see why people would be surprised to see the helter skelter.

But in addition to showcasing the roof, he said it was "part of the cathedral's mission to share the story of the Bible" and was a "creative and innovative way to do that".

Norwich Cathedral is not the only place of worship to use unconventional methods to attract members of the public.

The central aisle of Rochester Cathedral has also been converted into a crazy golf course. 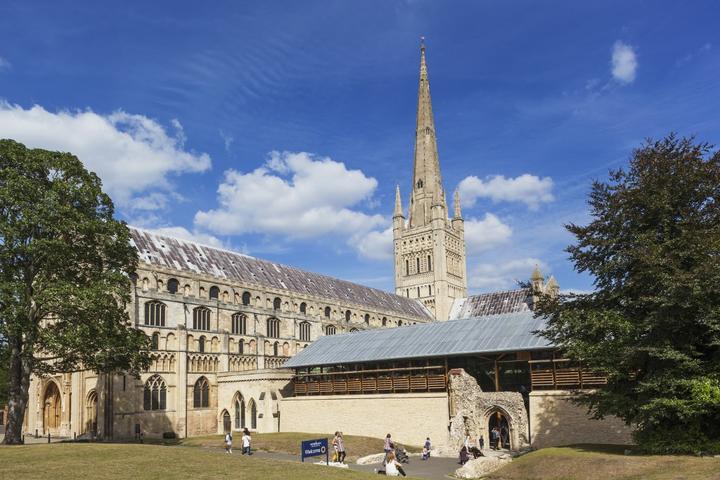 Norwich Cathedral is regarded as one of the finest cathedrals in Britain. Photo: AFP