Final plans have been revealed for the earthquake strengthening and redevelopment of New Zealand's oldest stone church - the Taranaki Cathedral in New Plymouth. 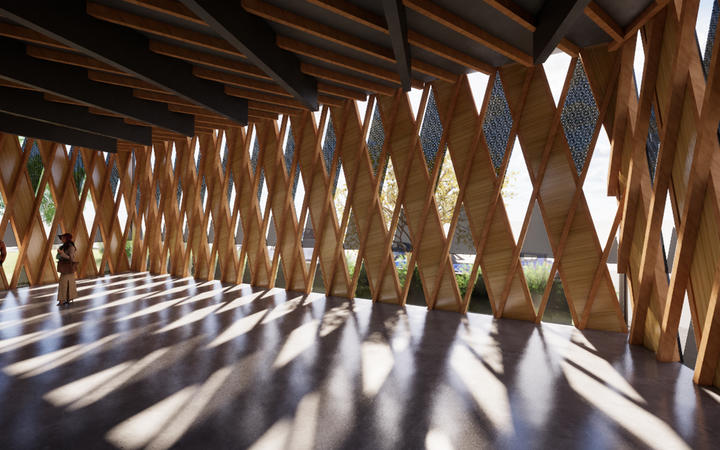 Artist's impression of inside the whare at Taranaki Cathedral. Photo: Supplied

The $15 million project includes a standalone education centre which will examine the church's role in the Taranaki land wars and be a focal point for reconciliation between Māori and Pākehā in the province.

However, not all parishioners are thrilled about the designs. The Taranaki Cathedral, formerly known as St Mary's, was built in 1846 out of local volcanic rock.

It played a pivotal role in the Taranaki Wars of the 1860s, when it found itself the centre of a fortified settlement and gave shelter to Pākehā civilians while European forces camped in its grounds. 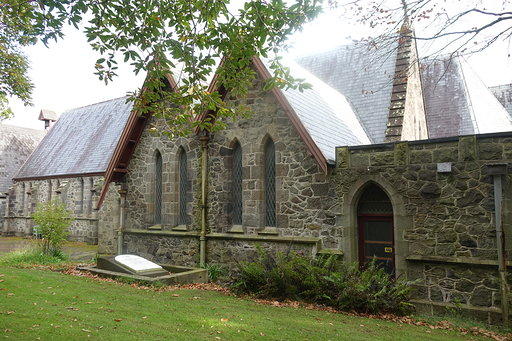 The cathedral, which was consecrated in 2010, has been closed since February 2016 after being identified as an extreme earthquake risk. Photo: RNZ / Robin Martin

The cathedral, which was consecrated in 2010, has been closed since February 2016 after being identified as an extreme earthquake risk.

The head of the Anglican Church in New Zealand, Archbishop Philip Richardson, said there were two key elements to the new design.

The first was moving the two-storey vicarage, which was currently rented out, forward from its existing site so that it engaged more with the cathedral proper.

"It's going to be turned into a space for hospitality and for the community to gather and celebrate. It's the place, really, where food can be had, where people can have a drink, where there can be interaction.

"So if there was a wedding or a tangi on this site, it's the place where the wharekai or the food would be and engaged in."

Archbishop Richardson said the education centre that had initially been envisaged as an atrium attached to the cathedral would instead be a standalone building. 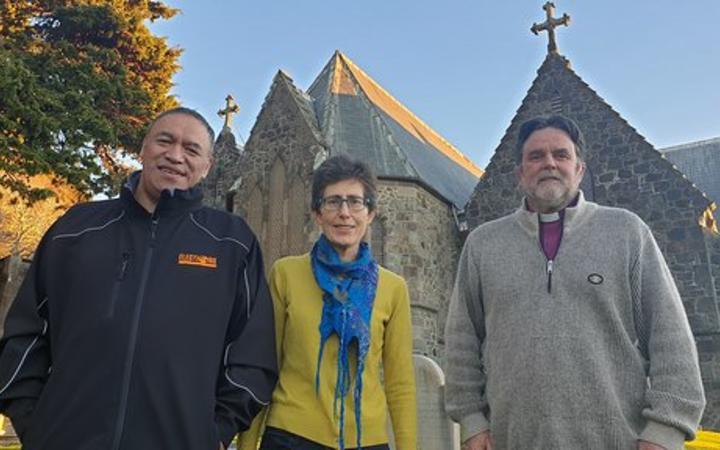 Te Whare Hononga - the house that binds - had been designed in conjunction with the Ngāti Te Whiti hapū and would play an important part in making sense of the church's role in the Taranaki wars.

"Inevitably, this stood on one side of that conflict and that's an important part of our history and you don't move forward by avoiding that history. You face into it and you try to understand why things happened in the way they did and through that understanding you try to forge a different basis of relationship going forward."

"Symbolically in terms of the way the matting of the design and how it's a pattern that helps us to interlock, and the main beans of the ceiling in terms of supporting each other and then you've got the side panels, which is very much like raranga which is weaving and it's about weaving two cultures together."

Mr Martin said the spirit of reconciliation was clear to see at recent pōwhiri designed at cementing the relationship between the church and hapū.

"We were very emotionally moved by the whole aspect, because there were ladies and gentlemen within the parish in their eighties and nineties, and they had tears in their eyes as they were coming across to join and do what we call the harirū [shaking of hands and hongi] at the completion of our ceremony that day."

Cathedral remediation and design manager Jenny Goddard said the plans for earthquake strengthening the cathedral were complete, and once the outstanding money was raised it was expected it would take about two years to reopen.

"We are ready to go, we just need a bit more funds in the bank, but the design is done. It's very complex and it is a big job.

"The strengthening is almost completely hidden and that's what makes it very expensive, but of course you don't want to see lots of steel or bracing in a building like this and that's where the cost comes in." 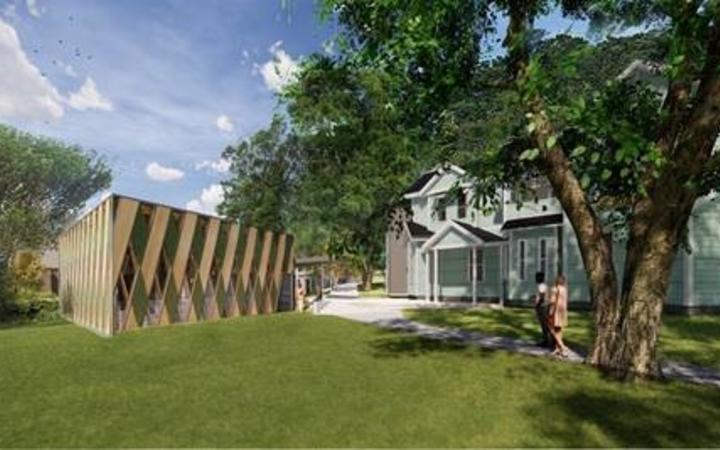 An artist's impression of a redeveloped Taranaki Cathedral. Photo: Supplied

"First and foremost, I'd like the cathedral. To see that open again and people able to get in and then these other things happen."

"I don't know where that came from. I think if you are going to spend money on reconciliation it would be better spent on Parihaka. Honestly, I really do. It's really run down. Spend it on housing for people out there. I think that would be to me more of a reconciliation."

But parishioner John Lander - who had just dropped off a bundle of second-hand clothes - was feeling much more upbeat.

"They've looked at every aspect of it including local iwi, the community and what the parishioners want, so I think they've got a really good balance, and what they have come up with I think will be iconic and it will be a real treasure for Taranaki.

"I guess with change there are always challenges and sometimes people need time to adjust to those changes, but I think overall people are very positive about it."

A new grant of $1.5m from the TSB Community Trust means the cathedral has now raised about $8.5m towards the redevelopment.

That includes a $5m contribution from Provincial Growth Fund, which is conditional on an education centre being incorporated into the design which it is hoped will help generate more tourism interest New Plymouth.

The Taranaki Cathedral is seeking feedback on its design proposal until 1 July.