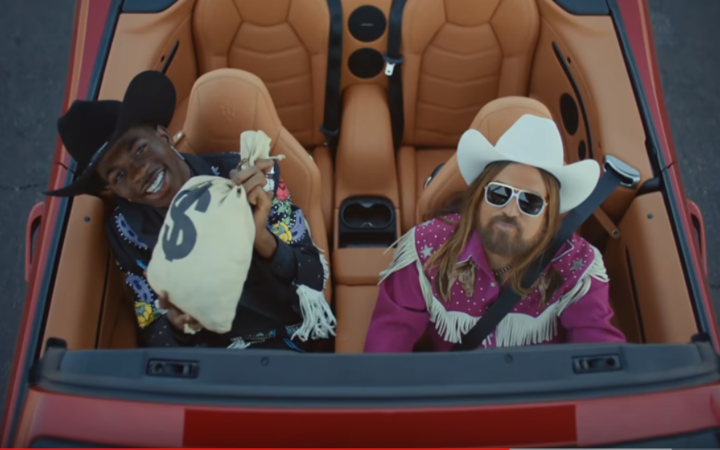 The story behind the smash hit is a fascinating one, beginning with the original version (sans Billy Ray Cyrus) emerging on social media platform TikTok late 2018, where it became the background music to a string of hee-haw themed meme videos.

From there, the song made its way up the Billboard Hot Country Songs, reaching number 19 on the chart before being booted off for not being country enough, sparking a worldwide debate about genre.

After losing its place on the country chart, 'Achy-Break Heart' hitmaker Billy Ray came to the song's rescue, and hit the studio in early April to record a verse for a remixed version that catapulted to the top of the Hot 100 charts.

It has also been subject to several other official remixes, the latest of which is 'Seoul Town Road' featuring South Korean rapper RM of boyband BTS.

Since the release of 'Old Town Road', the Georgia-born rapper has released his debut EP, simple titled '7'.