It's the middle of the year so we’ve gathered a large handful of our regular music selectors to pick our favourite songs of the year so far - or at least, eight of them. 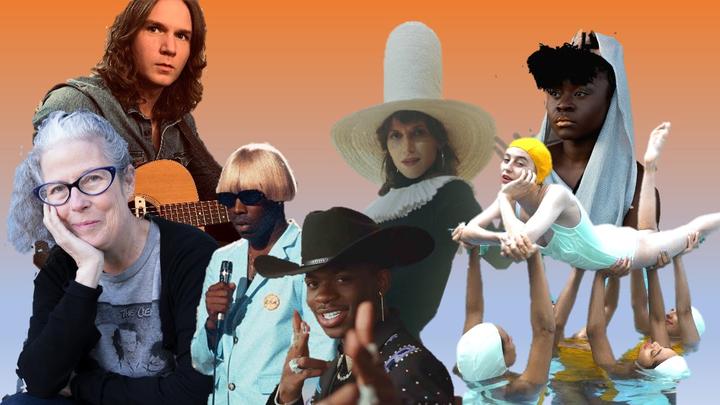 Alright, this isn’t one of our favourite songs musically, but it can’t be ignored, and it’s an undeniably catchy ear-worm. It’s the biggest hit of the year so far, and it’s had the most fantastic plot twists in a marketing roll out we’ve seen. It’s the work of an Atlanta based 19 year old who instinctively knows how to work the internet and make something go viral.

Lil Nas X (Montero Lamar Hill) bought the beats (sampled from Nine Inch Nails) off a dutch producer for $30, and knew that the ‘yeehaw agenda’ - as in cowboy couture was having a moment. He ran a hugely successful twitter meme account before this and said of the song “I know what my audience is looking for.”

Lines like “My life is a movie, Bull ridin' and boobies, Cowboy hat from Gucci, Wrangler on my booty” were basically written to be tweeted out. It found an audience on an app called TikTok inspiring thousands to transform themselves into whip-cracking, horse-riding cow boys and girls.

It broke the country charts first, before being booted off for not being country enough, which opened up the conversation about racism in the country music industry. And then almost like a meme, the wily old Billy Ray Cyrus (of Achy Breaky Heart fame) jumped on the wagon and provided Lil Nas with a verse or two. The song went bonkers.

School ukulele groups are learning it. Community groups are line dancing to it. A non-verbal autistic boy in Minnesota started singing it.

The official 'Old Town Road' video is the best I’ve seen this year. Styled as a sort of Western Back to the Future, it starts with a scene that trolls the whole racism controversy, with Lil Nas X saying  “Last time I was here they weren’t too welcoming to outsiders.”

Self Esteem - 'The Best'

Rebecca Taylor is phenomenally good at conveying personality. Not just through her songs, which are richly detailed, morally ambiguous pop confections, but the images that accompany them. Her debut Compliments Please has plenty of highlights - including the sugar rush of 'The Best' (a triumphant title brilliantly undercut by the reveal of the full lyric - "I did the best I could, babe") - and the more I listen to it, the more it feels like spending time with an old friend - one with a particularly cynical sense of humour. TS

Sampa The Great hits us with some boom bap goodness in her first release for 2019, ‘Final form’. Melbourne-based Sampa really knocks this classic east coast banger out of the park! Sampa's bold delivery, attitude and lyrical content are world class. This track is produced by Silentjay and recycles The Sylvers sample, 'Stay Away From Me' (also utilised on Ghostface Killah's 2006 track, 'Be Easy)'. I personally love everything about this track. Hopefully we'll see Sampa grace the main stages over the summer festival circuit. Sticky

Faye Webster is a 21-year-old singer-songwriter from Atlanta, who marries R&B, alt-country and indie-folk throughout her three-album oeuvre.

‘Room Temperature’ is the second single from Webster’s most recent album Atlanta Millionaires Club, and it’s a real tropical bummer. A looping, deadpan refrain “I should get out more,” reveals the lackadaisical loneliness encountered in every inch of the record, and Webster’s self-directed music video depicts her filling the void with activities such as hula dancing and synchronised swimming. Despite the melancholia, she affectionately refers to the track as her ‘Spongebob Squarepants/Bendy guitar song’ due to the distinct twang of the Hawaiian slide guitar licks on opening.

Sweetly gawky, self-deprecating and introspective, Atlanta Millionaires Club is one of my favourite albums of 2019 so far. WR

Since spending a ridiculous amount of energy trying to decode the cryptic lyrics on this album, I’ve realised it’s a futile exercise, and they’re somewhat irrelevant. They convey a feeling, and the music tells you all you need to know. And this is one of the most tender love songs Aldous has written. I think she’s saying something like ‘if we don’t give this love a chance to breathe, we’ll regret it forever.’

It’s a modest folkie ballad with the heart of a 70s stadium rock anthem, and has the most gorgeous backing vocals from Welsh musician H Hawkline. KJ 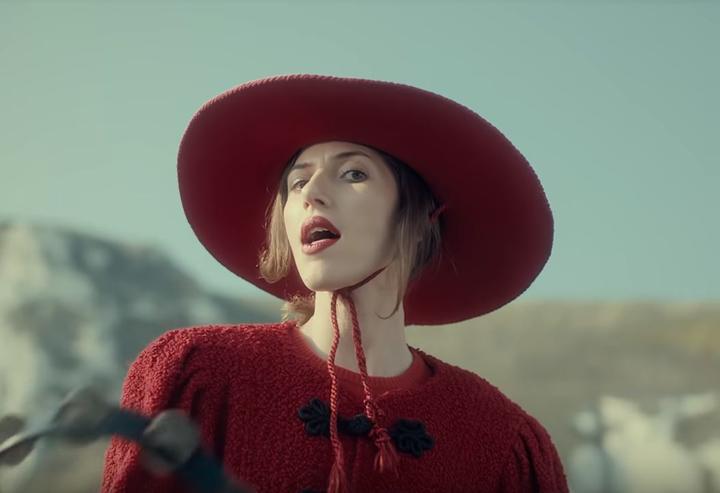 'Irene (Ravin’ Bomb)' is the tale of an alcoholic woman returning to the family home for a visit. At first she’s all charm and wit but soon she reveals that her addiction is causing her life to fall apart. This cheery tale is all part of Ian Noe’s unflinching portrait of addiction and death in modern day America. But like all the best country music, that pain and sadness is wrapped in beautifully produced and well written music with melodies that won’t leave your head for days at a time. EC

The story arc of Tyler, the Creator’s sixth studio release IGOR is of a bleak and stalled romance. Tyler is really into a guy but the object of his affections hasn’t left his girlfriend despite his and Tyler’s mutual affection.

This album traces the highs and lows of that experience: the elation and magic of infatuation, the stomach knotting feeling of love, and sadly, the gut punch when it doesn’t work; and everything in between.

‘New Magic Wand’ is the bad thoughts and raging jealousy when you’re crushing on someone. The song title is a euphemism for a gun and the song delves into the imaginary and icky possessiveness of wanting to remove any obstacles so you can have the person you love.

The spine of the song is a dark and rhythmic sample, which remains mostly true to its source  plus an added fat, grubby bass synth honking through it. Highly recommend this when you’re in a bad, sad and lonely mood. YS​

She has talked about the incredible bond they shared, how inseparable they were, and how they even shared the same birthday. That sense of loss, yearning and grief is fully captured in this recording The Spaces Between. Its raw, it’s got so much feeling in the playing, with the rolling, constant sound from the drums and guitar, it really does fill the spaces between.

I could make all the comparisons to Dunedin sound, and yes maybe it does sound like a member of LBGP made it -  But I think it really does stand up on its own in a very unique place, in terms of the albums I’ve been listening to this year. 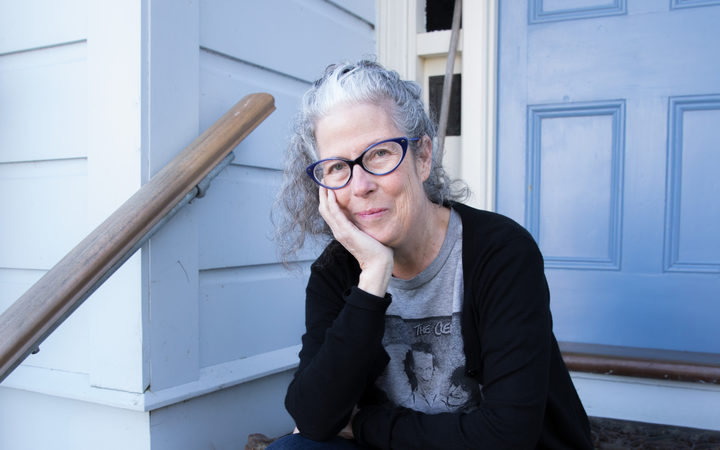 Listen to all our Song Crushes for 2019 here