Wildfires are ravaging the Arctic, with areas of northern Siberia, northern Scandinavia, Alaska and Greenland engulfed in flames. 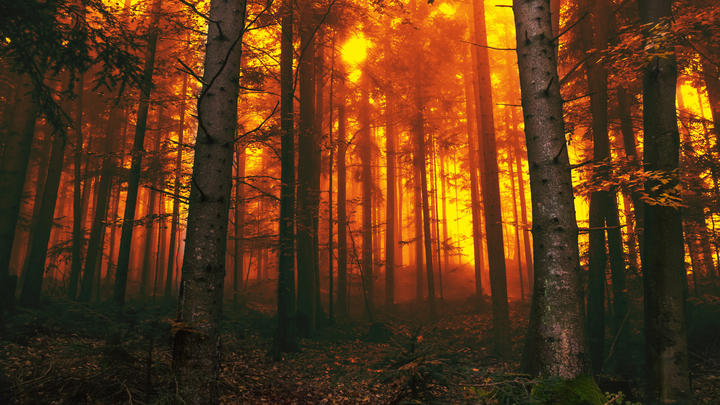 Lightning frequently triggers fires in the region but this year they have been worsened by summer temperatures that are higher than average because of climate change.

Plumes of smoke from the fires can be seen from space.

Mark Parrington, a wildfires expert at the Copernicus Atmosphere Monitoring Service (Cams), described them as "unprecedented".

How bad is it?

Cities in eastern Russia have noted a significant decrease in air quality since the fires started.

The smoke has reportedly reached Russia's Tyumen region in western Siberia, six time zones away from the fires on the east coast.

In June, the fires released an estimated 50 megatonnes of carbon dioxide - the equivalent of Sweden's annual carbon output, according to Cams.

How unusual is this?

Arctic fires are common between May and October and wildfires are a natural part of an ecosystem, offering some benefits for the environment, according to the Alaska Centers website.

But the intensity of these fires, as well as the large area they have taken up, make these unusual.

"It is unusual to see fires of this scale and duration at such high latitudes in June," said Mr Parrington.

"But temperatures in the Arctic have been increasing at a much faster rate than the global average, and warmer conditions encourage fires to grow and persist once they have been ignited."

Scientists were surprised to find a large wildfire in August 2017 in #Greenland near Sisimiut. Two years later, another sizable fire burned in the same region during a busy fire season in the Arctic. https://t.co/pBfWm65FuF https://t.co/hvqfMbmWu2 https://t.co/YTNYHnLXpS pic.twitter.com/sROPTx9SZw

Extremely dry ground and hotter than average temperatures, combined with heat lightning and strong winds, have caused the fires to spread aggressively.

The burning has been sustained by the forest ground, which consists of exposed, thawed, dried peat - a substance with high carbon content.

What is being done to tackle the fires?

Russian authorities are not tackling the majority of the fires as they argue the cost would be bigger than the damage caused by the flames.

"They do not threaten any settlements or the economy," the press service of the Krasnoyarsk Region forestry ministry told a Siberian news website.

The hashtags #putouttheSiberianfires and #saveSiberianforests are currently trending on Twitter as Russians complain the government is not doing enough to tackle the crisis.

Some argue that the Notre Dame fire in Paris received far more media attention than the forest fires.

"Remember how far the news about the Notre Dame fire spread? Now is the time to do the same about the Siberian forest fires," said one tweet.

Another said: "Let's not forget that nature is no less important than history. Numerous animals have lost their homes, and many of them are probably dead. Just thinking about this is painful."

Alaska Centers agree that "fire-suppression efforts sometimes are more damaging than the wildfire".