Paris saw a record high temperature of 42.6C on Thursday, amid a heatwave that broke records across Western Europe. 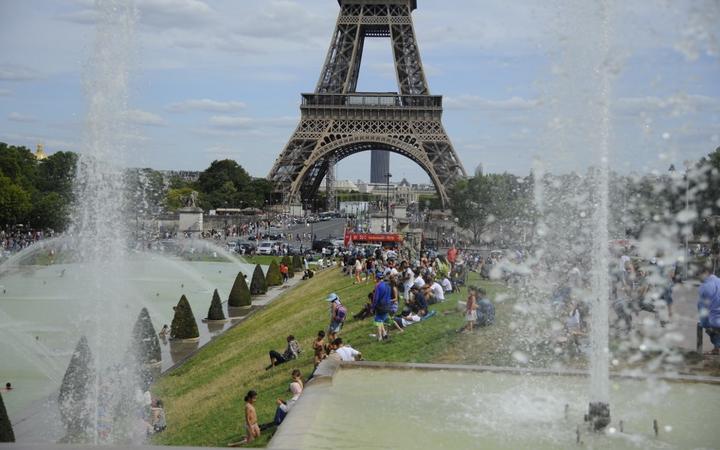 A red alert was issued in north France. Germany also set a new national temperature record of 41.5C, passing the figure set just a day before.

The UK recorded a record temperature for July of 38.1C, with trains told to run more slowly to stop rails buckling.

The Netherlands also recorded its highest ever temperature at 40.7C.

"Climate change has increased the likelihood and severity of heatwave episodes across Europe," the UK's national weather service said.

What temperatures was Europe expecting?

French authorities launched a red alert - the highest state of alert - in the Paris region and 19 other districts and said temperatures were expected to reach 42C-43C in parts of the country.

French media said Wednesday night was "probably" the hottest ever recorded in France.

What has been the impact?

In France, officials warned people to avoid travelling to work from home if possible. Some nurseries have been closed.

The chief architect responsible for restoring Notre-Dame warned that the extreme heat could lead to the cathedral's roof collapsing if the joints and masonry holding up the roof dried out.

French reports suggested five deaths may have resulted from the high temperatures.

Comparisons were drawn to a heatwave in August 2003 which contributed to almost 15,000 deaths in the country.

In parts of north Germany, rivers and lakes have dried up - with warnings that fish and mussels could be "severely threatened".

In the Netherlands, hundreds of pigs died earlier this week after a ventilator at a farm failed.

On Wednesday, a Eurostar train from Belgium to London broke down, trapping passengers.

Hasn't the summer already been hot?

Yes, an intense heatwave swept through areas of Europe last month, making it the hottest June on record.

France set an all-time high-temperature record of 46C, according to the WMO, and new June highs were set in the Czech Republic, Slovakia, Austria, Andorra, Luxembourg, Poland and Germany.

Is climate change to blame? 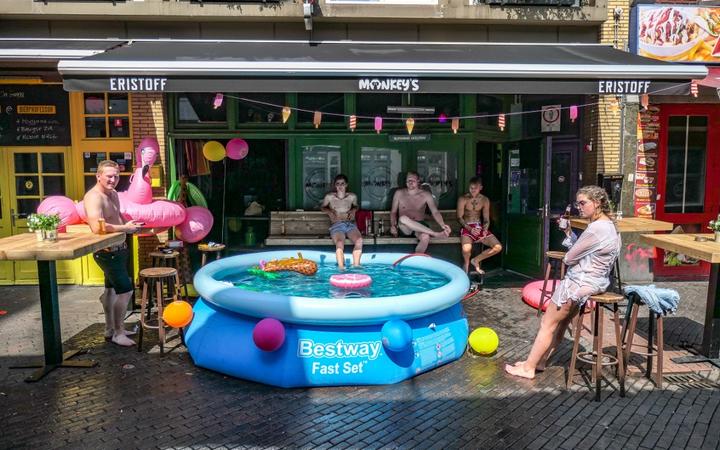 With 40.4 °C degree Celsius temperatures according to the KNMI weather bureau agency, setting the new national record for The Netherlands and the Dutch city Eindhoven. Photo: AFP

While extreme weather events like heatwaves occur naturally, "research shows that with climate change they are likely to become more common, perhaps occurring as regularly as every other year", the UK's Met Office says.

Dr Peter Stott from the Met Office told BBC 5Live the latest heatwave is the result of both "weather and climate acting in concert.

"What we have at the moment is this very warm stream of air, coming up from northern Africa, bringing with it unusually warm weather," he said. "But without climate change we wouldn't have hit the peaks that we're hitting right now."

The Met Office conducted a study last year that found that the UK was now 30 times more likely to experience heatwaves compared to the year 1750, because of "the higher concentration of carbon dioxide (a greenhouse gas) in the atmosphere".

Records going back to the late 19th Century show that the average temperature of the Earth's surface has increased by about one degree since industrialisation.

A climatology institute in Potsdam, Germany, said Europe's five hottest summers since 1500 were all recorded in the 21st Century.

Scientists have expressed concern that rapid warming linked to use of fossil fuels has serious implications for the stability of the planet's climate.