Australian rugby league player Jarryd Hayne has pleaded not guilty to charges that he raped a woman last year. 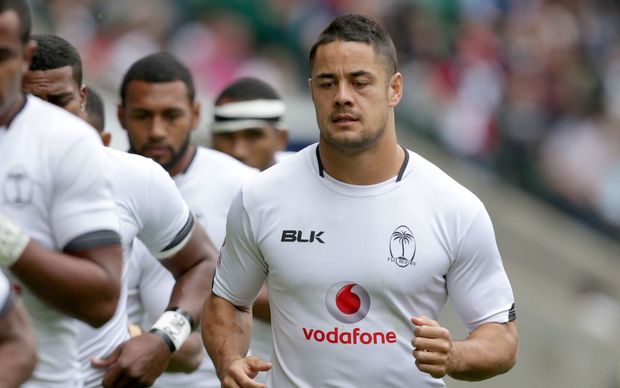 Mr Hayne, 31, is accused of attacking a 26-year-old woman in Newcastle, north of Sydney, last September.

He was arrested in December and charged with aggravated sexual assault and inflicting actual bodily harm - offences which carry a maximum 20-year jail term.

Mr Hayne is one of the sport's most high-profile athletes.

He has twice won the National Rugby League's player of the year award, but is currently not tied to any club after he was dropped by the Parramatta Eels at the end of last season.

Mr Hayne formally entered his plea at a court hearing on Thursday. He will remain on bail until a trial begins in May next year.

"It's been a very hard time for my family… but justice will be served," Mr Hayne told reporters outside the court, according to the Seven Network.

Police began investigating after hearing allegations that a woman had been assaulted by a man she met on social media.

Mr Hayne has played 11 Tests for Australia, helping them to win the 2013 World Cup.

In 2015, he briefly switched to American football with the San Francisco 49ers, before returning to Australia the following year.