Belgium, Germany, and the Netherlands have recorded their highest ever temperatures, in a heatwave searing Western Europe. 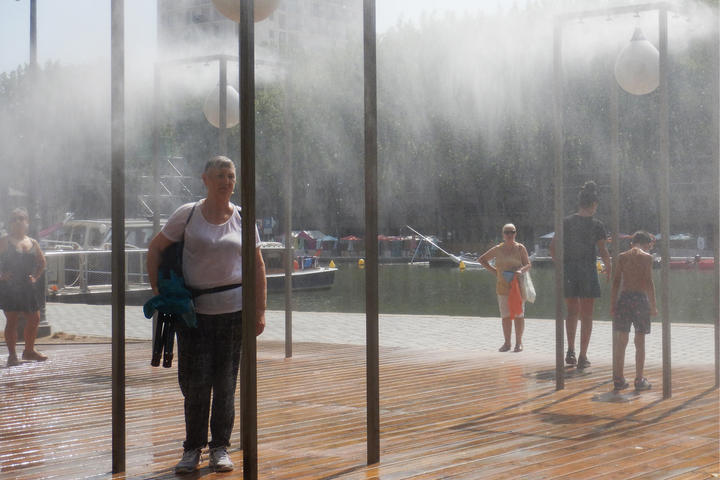 People cool off under water atomisers at the Bassin de la Villette in Paris. Photo: AFP

The Belgian town of Kleine Brogel hit 39.9C the hottest since 1833.

The southern Dutch city of Eindhoven beat the 75-year-old national record with a new high of 39.3C.

Germany's weather service said a new record of 40.5C, just 0.2C higher, had been set in Geilenkirchen, near the Belgian and Dutch borders.

The new record was still to be confirmed, it said, while warning it could get even hotter on Thursday.

Amid the sweltering temperatures, a Eurostar train broke down, trapping passengers.

French reports suggested five deaths might have been linked to the heatwave.

The highest temperature recorded in Paris of 40.4C in 1947 is expected to be surpassed on Thursday.

Luxembourg is on red alert for the south and the capital - with top temperatures possibly climbing to 40C on Wednesday and even higher on Thursday.

In Portugal, hundreds of firefighters extinguished a forest fire that had been plaguing the Castelo Branco region for days - though fires are not unusual during the summer season. 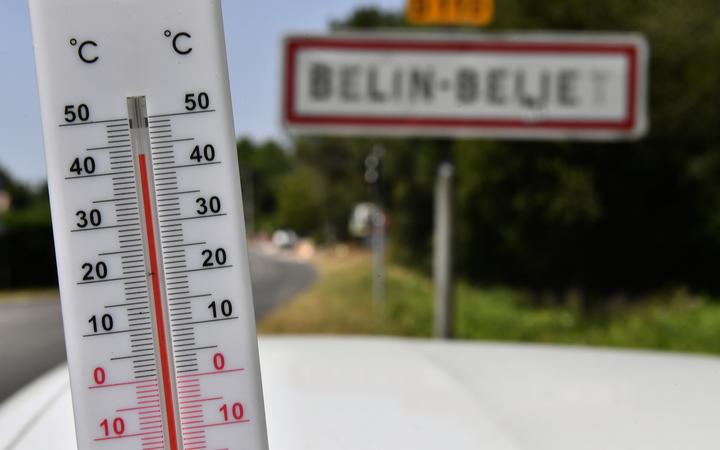 What happened on the Eurostar?

At least 600 passengers were stuck on the train near the Belgian town of Halle for two hours, with some of the carriages left in the dark inside a tunnel and others outside in the sun.

"The temperature was sky high. It was very bad," Jan Willem Wiersma from Rotterdam told the BBC. "We're happy to be off the train, where it's 15 degrees less."

Kris Hoet, who was travelling from Antwerp to London, said he and others had been stuck on the train for two hours before being allowed to get off.

Eurostar said the fault was down to an overhead power supply, and it advised people not to travel if possible on Wednesday. Other services between Brussels and Paris were caught up in the breakdown. 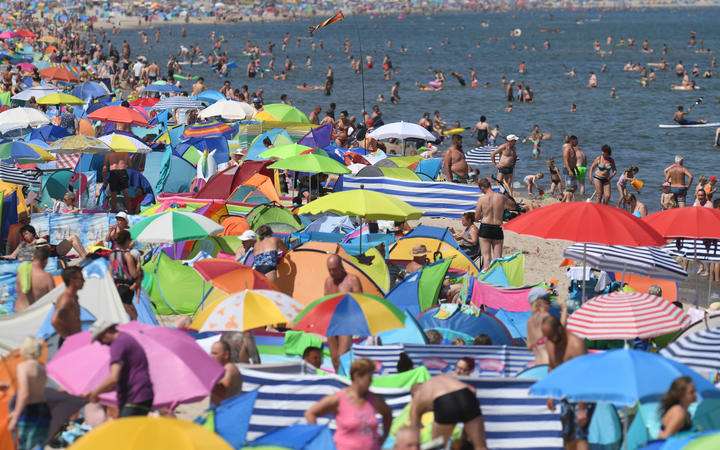 Crowds on a beach at Zinnowitz on the island of Usedom in the Baltic Sea, northern Germany. Photo: AFP

Where was it hottest?

The hottest areas were in the Dutch province of Brabant and across the Belgian border in the Flemish province of Limburg.

The Dutch record was initially broken with 38.8C at Gilze-Rijen airbase on Wednesday, before a higher temperature was recorded in Eindhoven.

In Kleine Brogel, the record was broken early in the afternoon at 38.9C but the temperature continued to climb to 39.9C by 5pm local time.

Belgium has issued a code red weather warning for the whole country.

A big bridge at the Dutch port of Rotterdam was being sprayed to prevent the metal expanding in the heat.

Much of France was also sweltering. La chaîne météo reported that the temperature in several areas had climbed above 40C. Pont-la-Ville in the eastern area of Haute-Marne reached 41.2C while Vassincourt to the north-east reached 40.5C.

Thursday could see 42C in the French capital.

Authorities launched a red alert in the Paris region and 19 other French departments, calling for "absolute vigilance", and comparisons were drawn to a heatwave in August 2003, during which heat contributed to almost 15,000 deaths.