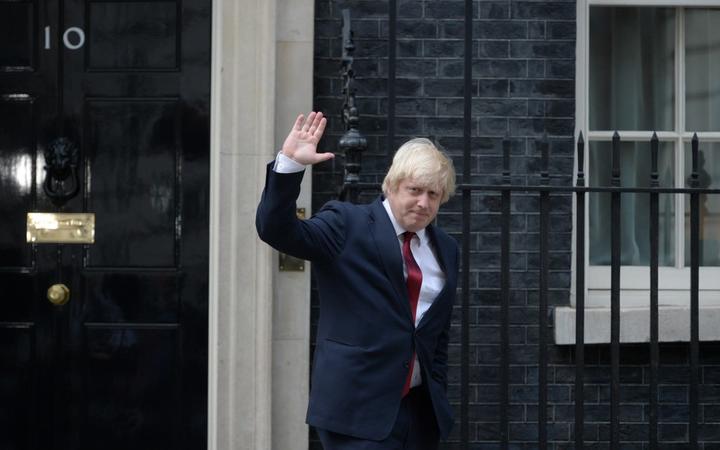 Sajid Javid has been named as the new chancellor as more than half of Theresa May's old cabinet, including leadership rival Jeremy Hunt, quit or were sacked.

Earlier, Mr Johnson said the Brexit "doomsters and gloomsters" were wrong and the UK would leave on 31 October.

Speaking outside No 10, he said the UK would meet that deadline "no ifs, no buts", adding: "The buck stops with me."

Mr Johnson then turned his attention to a radical overhaul of the government, with 17 of Mrs May's former senior ministers being axed or stepping down.

to today's episode of The Detail: Britain's Trump is now its Prime Minister

Announcing his departure, Foreign Secretary Mr Hunt said he had been offered an alternative role but had turned it down.

1/4 I would have been honoured to carry on my work at the FCO but understand the need for a new PM to choose his team. BJ kindly offered me another role but after 9 yrs in Cabinet & over 300 cab mtgs now is the time to return 2 backbenches from where PM will have my full support

Defence Secretary Penny Mordaunt, a leading Brexiteer who is popular across the party, was the most surprising departure. She has been replaced by Ben Wallace, a former soldier and long-standing ally of Mr Johnson's.

All three supported Mr Hunt in the Tory leadership contest.

Scottish Secretary David Mundell, who has left his position after four years, joked whether there would be "room" on the backbenches after all the dismissals.

Disappointed but not surprised to be leaving the Scotland Office after 9 years. Will, of course, support the new Government, but as I said to PM this afternoon I will also hold him to account on his commitments to the Union. Hope there’s still room on the backbenches!