The US President Donald Trump has declared victory after the appearance of the Special Counsel Robert Mueller before Congress did little to give momentum to Democratic hopes of impeachment. 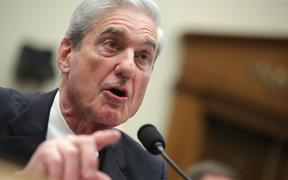 Mr Mueller, who investigated alleged Russian interference in the 2016 election, said Russia had interfered on Mr Trump's behalf, but he'd not been able to establish collusion in a crime.

He emphasised that he did not exonerate Mr Trump of obstruction of justice, as the president has long claimed.

But Mr Trump said it's been a great day for him and his Republican Party.

Puerto Rico's Governor has announced his resignation after days of mass street protests in the US territory. 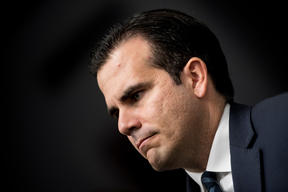 Ricardo Rossello has been at the centre of a leaked text message scandal involving sexist and homophobic comments, along with government corruption.

He'd earlier tried to soothe his critics by vowing not to seek re-election and give up leadership of his political party.

But in a televised address he announced his resignation and said the Justice Secretary Wanda Vazquez will take over.

Boris Johnson has taken office as Britain's new Prime Minister, pledging that he will complete Brexit within the 99-day deadline. 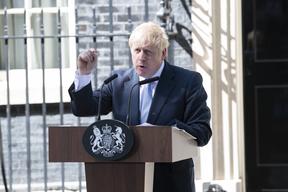 Boris Johnson he will hit the Brexit deadline. Photo: AFP

He also made sweeping cabinet changes.

More than half the Ministers in Theresa May's cabinet have resigned or been fired and Mr Johnson has given key roles to leading Brexiteers.

Earlier, Mr Johnson said the Brexit "doomsters and gloomsters" were wrong and the UK would leave on 31 October.

They were launched from near Wonsan and flew about 430km to the east.

Japan said they did not reach its exclusive economic zone and had no impact on Japanese security.

The firing of the missiles is likely to cast fresh doubts on efforts to restart denuclearisation talks which were announced after the US President Donald Trump and North Korean leader Kim Jong Un met at the demilitarised zone last month.

Britain could have its hottest day on record on Thursday with temperatures of up to 39 degrees forecast in southern and eastern England.

Many parts of western Europe are sweltering under a second heatwave in a month which has already seen temperature records smashed in Belgium and the Netherlands.

The hot weather is expected to break on Friday.

The high-profile American financier Jeffrey Epstein has reportedly been found unconscious in a Manhattan jail cell with injuries to his neck.

According to some US media he was found by guards sprawled on the floor of cell at the Metropolitan Correctional Center and his face appeared blue.

Mr Epstein was recently denied bail after pleading not guilty to fresh charges.

Film buffs around the world are mourning the death of the Dutch actor Rutger Hauer.

Hauer was best known as the evil "replicant" from the 1982 cult classic Blade Runner.