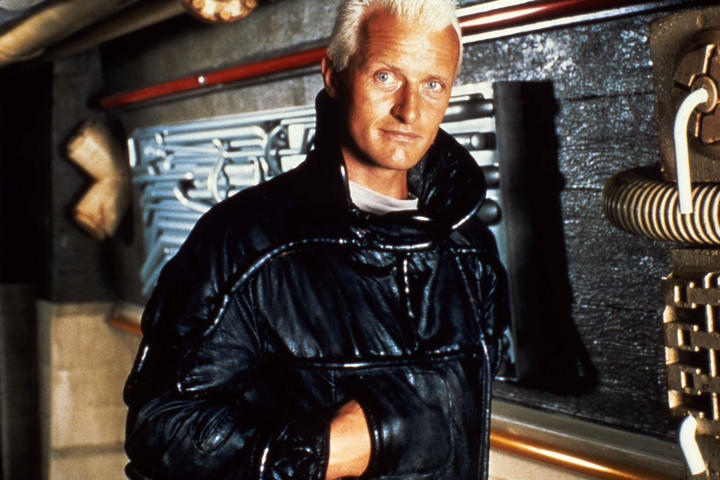 The star died in the Netherlands on Friday after a short illness, his agent confirmed.

The actor's funeral was held on Wednesday.

Hauer's character gives a famous speech during a face-off with Ford at the end of Blade Runner, dialogue which he helped write himself.

"I've seen things you people wouldn't believe," he is seen telling Ford. "Attack ships on fire off the shoulder of Orion. I watched C-beams glitter in the dark near the Tannhäuser Gate. All those moments will be lost in time, like tears in rain. Time to die."

Hauer is quoted as telling an interviewer his character - who had only a four-year lifespan - wanted to "make his mark on existence".

"The replicant in the final scene, by dying," he said, "shows Deckard [Ford's character] what a real man is made of."

Hauer was particularly well known for horror and vampire roles, starring as Van Helsing in Dracula 3D, and as the vampire Barlow in Salem's lot - a 2004 mini series of the Stephen King novel.

Hauer was born on 23 January 1944 in Breukelen, near Amsterdam, in the Netherlands.

In his youth, he joined the Dutch merchant navy but returned to Amsterdam in 1962. He briefly studied acting but then quit to join the army. He later returned to acting and got his major break in 1969 when he was cast in the title role of TV series Floris.

His performance in Blade Runner was by far his most famous role, but he continued acting right up until this year.

He has also appeared in the films Sin City, Batman Begins and the HBO series True Blood.

Filmmakers and actors led tributes to Hauer on social media.

Charles de Lauzirika, a Blu-ray producer and filmmaker, tweeted: "Deeply saddened by the passing of the great Rutger Hauer. I have many fond memories of him, both on screen and in person."

British producer and author Jonathan Sothcott hailed Hauer "as one of cinema's finest villains" who "made rubbish watchable".

Robert Patrick, who starred in Terminator 2: Judgment Day, posted: "I am so sad to hear this, Rutger was such a sweet human being, and amazing actor!"