Prince George is seen smiling in an England football shirt for official photos released to mark his sixth birthday. 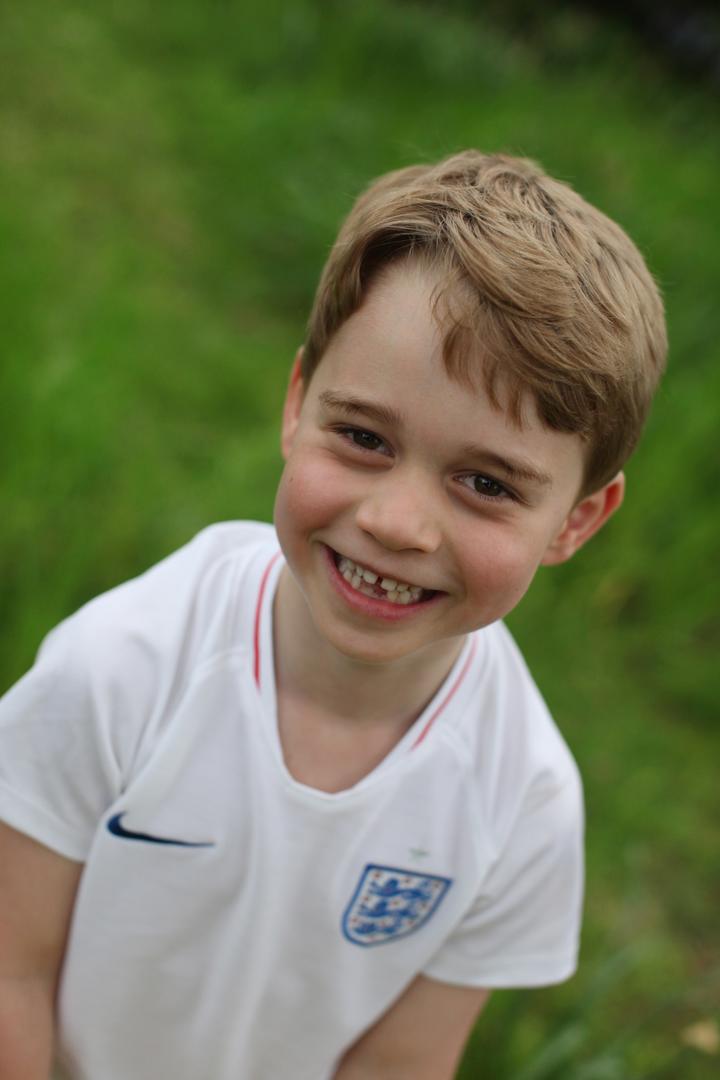 Prince George pictured in the garden of Kensington Palace in a photo released to mark his sixth birthday. Photo: Duke and Duchess of Cambridge

The third in line to the throne turns six today.

Two of the images show the prince wearing a white England home shirt and grinning in the garden of his home at Kensington Palace. 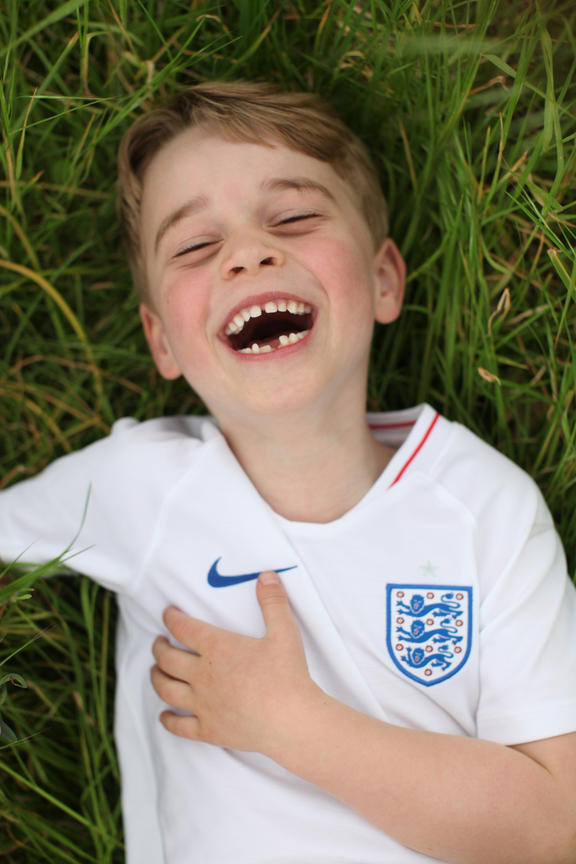 A third shows him on a family holiday, wearing a green polo shirt and striped blue and white shorts.

Prince George Alexander Louis of Cambridge was born in the private Lindo Wing of St Mary's Hospital in London.

He appeared in front of the world's media one day later, when Prince William and Catherine stood cradling him on the hospital steps.

This year, he has appeared on the Buckingham Palace balcony and at his mother's Chelsea Flower Show garden. 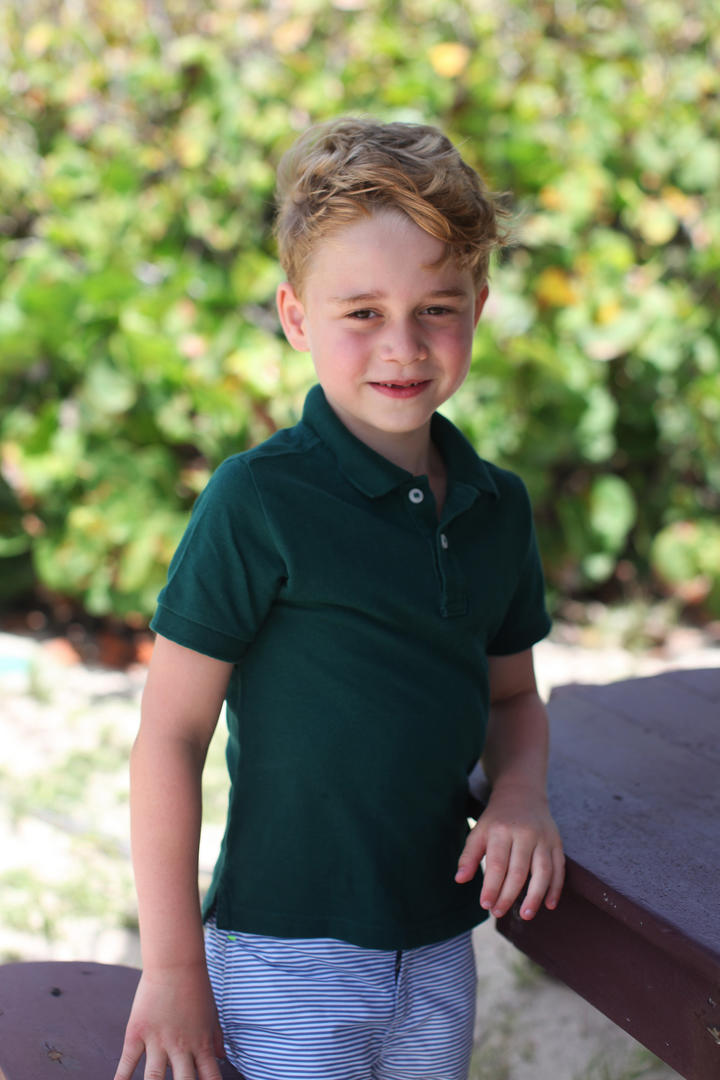 Earlier this month, the young prince received a tennis lesson from Roger Federer at the home of Kate's parents in Bucklebury, Berkshire.

The sports star said George was "cute" and had a "good" technique.

A great-grandchild to the Queen, George is expected to take the throne after his grandfather and his father.

The prince has completed Year 1 at the private Thomas's Battersea school.

He will begin Year 2 this September, his final year in the lower school before he moves to the middle school.