Norway has found a radiation level 800,000 times higher than normal at the wreck of a Russian navy submarine that sank 30 years ago. 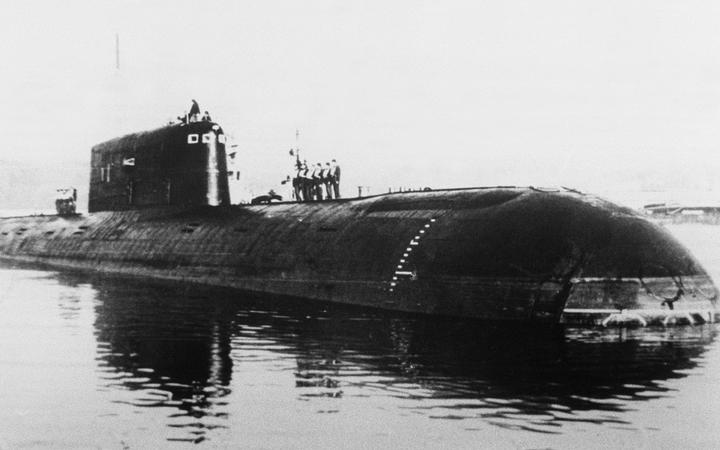 Forty-two sailors died when the Komsomolets sank in the Norwegian Sea in 1989. Photo: AFP

The Komsomolets sank in the Norwegian Sea in 1989 after a fire on board killed 42 sailors.

A sample showed radioactive caesium leaking from a ventilation pipe, but researchers said it was "not alarming", as the Arctic water quickly diluted it.

The Soviet-era sub is also deep down, at 1680m and there are few fish in the area, they added.

For the first time a Norwegian remotely-operated vehicle (ROV) examined and filmed the Komsomolets on 7 July, revealing severe damage.

The submarine is also known as K-278 in Russia, and it sank carrying two nuclear torpedoes with plutonium warheads.

Its front section has six torpedo tubes, and the sub could also launch Granit cruise missiles.

The news comes just over a week after fire swept through a Russian nuclear-powered submersible in the Barents Sea, killing 14 naval officers.

The survivors managed to get the mini-sub back to its Arctic base.

Norway's Radiation and Nuclear Safety Authority (DSA) says the pressurised water reactor powering K-278 in April 1989 shut down quickly when the fire broke out in another compartment.

Twenty-seven sailors survived - they were eventually picked up by two Soviet ships.

The radiation leak found this week came from a pipe near the reactor. It was 800Bq (becquerels) per litre, while the normal level in the Norwegian Sea is about 0.001Bq.

However, some other water samples from the wreck did not show elevated levels.

The 42 sailors who died in the disaster succumbed to toxic fumes or froze in the icy Arctic waters after the K-278 had surfaced briefly. 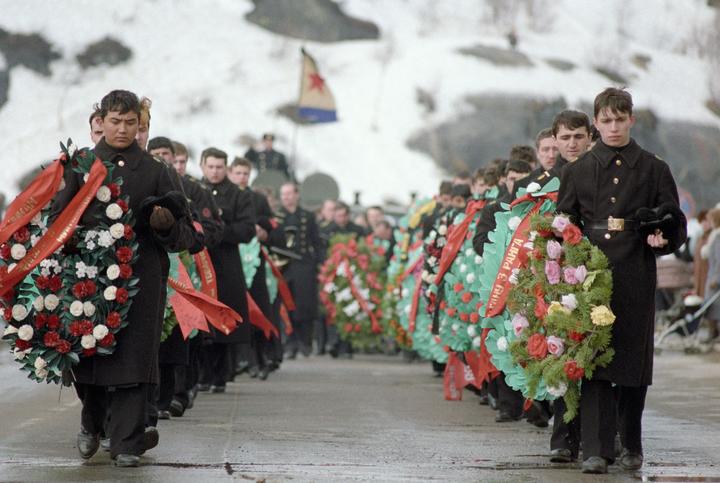 The funeral service for the crew in Russia in 1989. Photo: AFP

The commander managed to send a distress call about an hour after the fire broke out, but he and four others died when their emergency capsule sank. The submarine was doomed when the fire spread, fuelled by high-pressure air from a damaged pipe, Russia's RIA news agency reported.

Russia has previously examined the wreck with a manned submersible, and found radiation leaking from the same section.

The Norwegian radiation specialists and marine researchers were accompanied by experts from Russia's Typhoon Research and Production Association.

"We took water samples from inside this particular duct because the Russians had documented leaks here both in the 1990s and more recently in 2007," said Hilde Elise Heldal, the expedition leader. "So we weren't surprised to find high levels here.

"The levels we detected were clearly above what is normal in the oceans, but they weren't alarmingly high," she said.

Norway and Russia have been monitoring radiation in the area regularly since the disaster, sometimes on joint expeditions.