Australia's consumer watchdog has lost a federal court battle against a maker of so-called "flushable" wipes, after accusing the company of misleading claims. 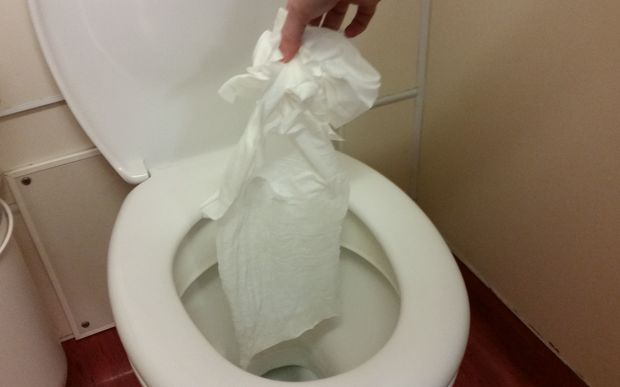 The Australian Competition and Consumer Commission (ACCC) took Kimberly-Clark Australia to court claiming it broke the law with its marketing of Kleenex Cottonelle Flushable Cleansing Cloths over a three-year period.

The wipes were advertised as "flushable" in contrast to other products which warned consumers against flushing them.

But the Federal Court on Friday ruled the ACCC's case failed, except in relation to an admission that a claim the product was "made in Australia" was false.

Justice Jacqueline Gleeson found that sewerage blockages have many causes and they were not limited to the disposal of "non-flushable" wipes into toilets.

"Accordingly, it is not self-evident that a wipe designed to be flushed down the toilet is not suitable for flushing because it has caused or contributed to a sewerage blocking on one or more occasions," Justice Gleeson said. 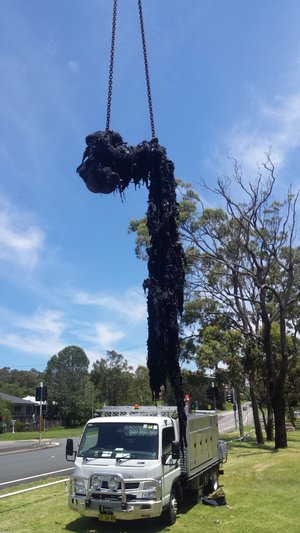 A wet wipes 'fatburg' removed from a sewerage pipe in Eleebana, NSW in 2016. Photo: TWITTER / @HunterWater

The ACCC argued by claiming the wipes were "flushable", the company led consumers to believe they were compatible with Australian sewerage systems and would not cause harm.

The court found there was some evidence the wipes caused harm to household sewerage systems in the form of 28 consumer complaints to Kimberly-Clark in the relevant time period, but there was no evidence to verify those complaints.

There was no evidence the risk to the sewerage system materialised except the "insignificant extent" demonstrated by the small number of complaints, Justice Gleeson said.

The ACCC argued Kimberly Clark should not be able to take advantage of the fact it was "incredibly difficult" to isolate the impact of their product on the wastewater network.

It was reasonable to infer that Kimberly Clark wipes contributed to blockages in an unknown number of instances, Justice Gleeson said.

She said faecal matter and toilet paper also contributed to the problems.

Sydney Water spokesperson Peter Hadfield told the ABC flushable wipes were a big problem, and that the problem was about more than just 28 complaints.

"Sydney Water receives far more than that," he said.

"We received one woman's complaint, a couple of years ago now, she had a $16,000 bill as a result of her flushable wipes, which she thought were okay to flush.

Consumer group Choice has commended the ACCC for taking the court action.

Spokesperson Sarah Agar said it was a disappointing outcome.

"It's important for Australians to have a strong regulator willing to fight the hard fights on their behalf," she said.

"The outcome is disappointing but we hope to see the ACCC continue to take these sorts of cases in the future."

Environment, waterways and water bills all impacted by wet wipes

"We also took this case because we are aware of increasing problems reported by Australian water authorities as a result of non-suitable products being flushed down the toilet and contributing to blockages and other operational issues," he said.

Adam Lovell from the Water Services Association of Australia said water utility bodies spent more than $15 million a year cleaning up the impact of flushed wipes.

He said one of the biggest impacts was on the environment and waterways.

"It's also a hip pocket issue because when water utilities need to clean up the blockages, that goes through to the customer," Mr Lovell said.

"We're all paying through our water bills for the blockages that are caused by wet wipes."