Mobile phones will be banned in state primary and secondary schools during school hours in Victoria from the start of first term 2020, in a policy designed to stop cyberbullying, Australian Education Minister James Merlino says. 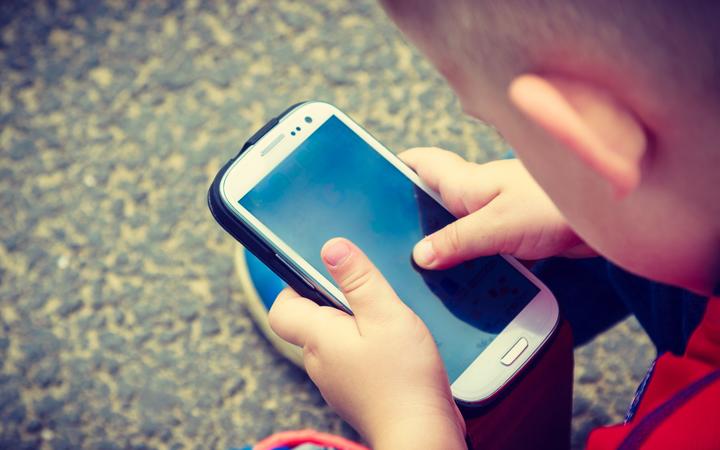 The policy may not be universally popular, Mr Merlino said, but it was the "right thing to do".

Phones must be kept in school lockers from first bell to last bell unless a child needs to keep a phone for medical reasons or if there is a specific instruction from the teacher that the phones are needed for a classroom activity.

"This is for all state schools, government primary and secondary schools," Mr Merlino said. "We can't impose such a ban on our non-government sector [such as] Catholic and independent schools."

Mr Merlino said teachers are constantly asking kids to put their phones away and he called the decision to ban them during school hours, including lunch and recess "common sense".

He said teachers want kids talking to each other in the schoolyard, not checking their phones.

"It's not going to [absolutely] resolve cyberbullying but it will make a big difference," he said.

"We cannot stamp it out. It is going to occur. But we can take some real steps to reduce the level of bullying."

Asked how the ban would be policed, Mr Merlino said he would issue a ministerial order making it "absolutely clear" for schools.

He said schools embrace technology in the classroom and they want kids to be digitally literate but mobile phones "enable" cyberbullying.

The Liberal National Coalition promised to impose a ban as far back as February 2018, with former Liberal leader Matthew Guy now tweeting: "I guess policy imitation is the greatest form of flattery."

The sentiment was echoed by Liberal MP Tim Smith who said "better late than never".

The initial reaction to the plan, from parents at least, has been positive with comments on the ABC Melbourne Facebook page such as "great idea, about time" to "now watch them whinge when you try to implement it".

"Mr Merlino will have to ban all laptops and tablets if he is going to more than pay lip service to this issue, otherwise this appears to be nothing more than a shallow stunt," he wrote.

A number of private schools have already banned the use of phones and McKinnon Secondary School, a government school in Melbourne's bayside has enforced a ban since last year.

Principal Pitsa Binnion believes students at the school have become more entrenched in their studies as a result.

"Our students are more focused learners in the classroom without this distraction," she said. "[Since the ban] we have observed improved social connections, relationships and interactions in the school during lunchtime."

That decisions can be made so quickly and quietly gives me hope on the literacy front: 'The right thing to do': Victoria's public schools to ban mobile phones from 2020
https://t.co/tPg1X1YXbv

I am just in shock and appalled at the short sightedness of this:
“Victoria's public schools to ban mobile phones from 2020” #vicpln #edchat #aussieED https://t.co/bNVLLbBHlw