Should secondary school students be allowed to use their phones during school hours? 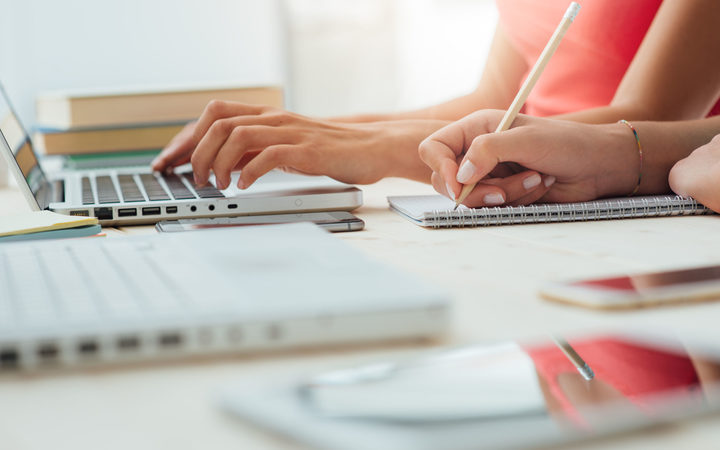 It's a no phone zone for junior students. Photo: 123RF

One private school in Auckland has already banned them and said others should do the same.

For many students around the country they are allowed to pull out their phones and check messages or watch videos.

But as Margaret van Meeuwen from the Diocesan School for Girls explains that is no longer an option for students in years seven to 10.

"It really started this year when we looked around at our playground and noticed that a number of girls were pretty much constantly on their devices - so phones and Ipads and laptops," she said.

"We felt that it was a way to help our young people to develop more face to face engagement with each other."

Ms van Meeuwen said a lot of the students were happy about the change.

"Just like the old days doing cartwheels on the school house lawn, playing, chasing in the grounds. There's more ball games happening that are student initiated in the courtyards."

"We're really happy with the activity that now happens rather than girls sitting around in groups looking at a phone."

Junior students must turn their phones off and put them away during school hours.

Occasionally they are allowed to be used in the classroom for educational purposes such as taking photos of notes.

Margaret van Meeuwen said other schools should consider banning phones - particularly with the rise of social media use.

She said it was problematic that students could use their own data to access sites blocked by the school network.

"Most of the poor behaviour that we witness at school start somewhere in an internet context so if we take away those devices during school time you're lessening that sense of having to be on social media all the time, commenting, asking for likes," she said.

"I think it's something that we should all be considering in our schools."

But Tom Webb from the Auckland Secondary Schools Principals' Association said the majority of schools have not taken the blanket ban approach on phones.

"I think they're a bit of a fact of life at the moment and we need to learn how to use them without them becoming a distraction and that's the route most schools are taking," he said.

The principal of Pakuranga College, Michael Williams, said their students are allowed to use their phones during the break.

"It's about giving students lots of activities to do, if you're engaged and excited about something else to do in your break then you're going to put away your phone and do that," he said.

But Mr Williams said there was increasing debate around the impact of social media and phones in schools.

Netsafe said online bullying had increased over the years and access to phones had contributed to that.

Its chief executive, Martin Cocker, said that was difficult for schools.

"Schools are dealing with these issues on a regular basis and they're carrying the burden of the impact of technology on the social environment amongst the students," he said.

"I can understand why schools seriously consider, if not [simply just] ban the devices and try to make the problem go away."

There is not currently a phone ban at Diocesan School for Girls for its seniors.